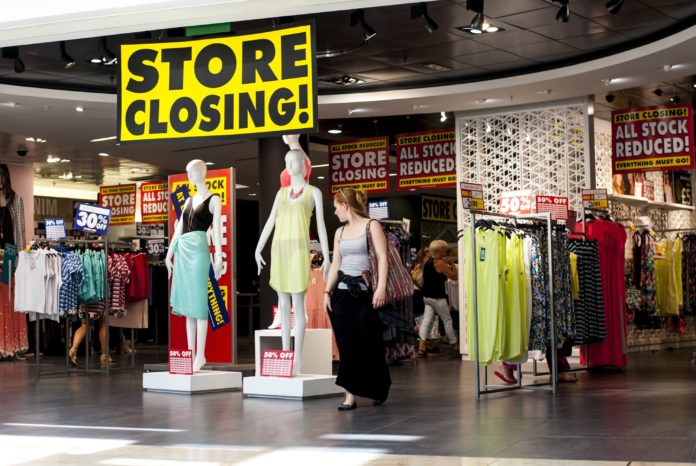 Town centre enterprise zones are one of the options under consideration to help boost Britain’s struggling high streets.

Enterprise zones are geographically defined areas, hosted by Local Enterprise Partnerships, where businesses receive business rate reductions as an incentive to set up or expand.

The British Retail Consortium said last year was the worst on record for the high street, with increasing costs, falling footfall and competition from online all playing a part.

In the Commons, McMahon said: “Our high streets and town centres are in crisis. There are more shops closing than are opening, the Government keep on falling way below what’s needed to actually take real action that will make a difference.”

Responding for the Government, his opposite number Jake Berry said the Government was investing in high streets, but enterprise zones would be considered as part of its review of business rates.

He added: “In terms of practical action, the £3.6 billion towns fund seems to be a good place to start, but when you add on that the £13 billion we are saving for businesses with business rates I think we are certainly making some progress.

“But I will go away and look at the suggestion the honourable gentleman makes about high street enterprise zones.”

Waveney MP Peter Aldous said the two Beales stores in his constituency were under threat and urged the Government to consider replacing business rates altogether.

He added: “It’s clear that the crippling impact of business rates have been a significant contributory factor to the difficulties (Beales) is currently facing.

“I acknowledge the rate relief the Government has offered to smaller businesses but can I urge my right honourable friend that in the review of business rates that is due to take place the Government not only considers root and branch reform but actually look at replacement of rates as well?”

Responding, Berry said: “In terms of the review, everything is going to be reviewed. It is going to be a joint review between my department and the Treasury.

“And all ideas from all sides of the House about how we improve the health of our high streets and our business community more generally will certainly be taken on board.”

Labour’s Clive Betts, who was the chairman of the Commons Housing, Communities and Local Government Select Committee in the last Parliament, called for online businesses to pay more tax and high street retailers to pay less.

He said: “Will the Government now commit as part of their business rate review to look at that unfairness, a look at how we can rebalance the tax so that digital sales pay more and high street sales pay less?”

Tory MP James Cartlidge (South Suffolk) added: “It’ clear that the future of business rates is a massive issue for (businesses) but particularly the sense that there is not a level-playing field between them and the increasingly dominant massive digital retailers.

“Is this something that the review of business rates that you promised in the manifesto will be looking at?”

Responding, Berry said the Government is going to review business rates and urged MPs to input their ideas.