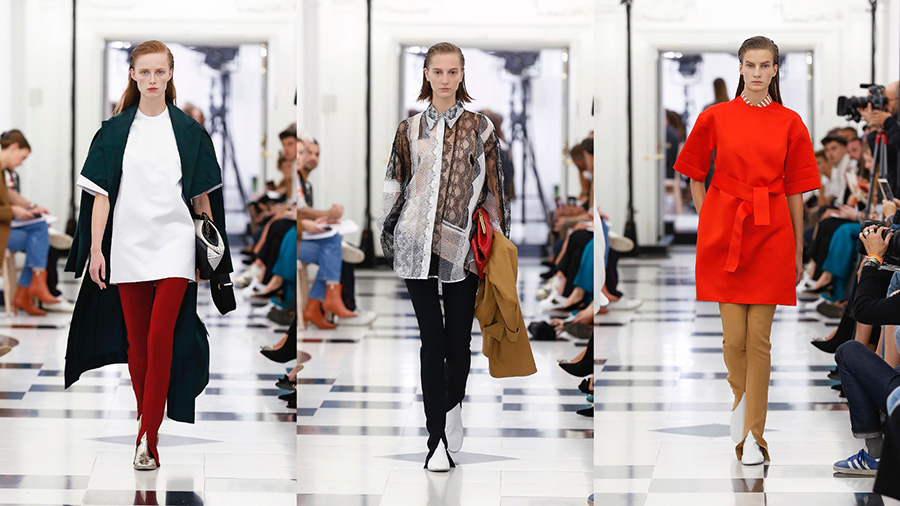 Victoria Beckham celebrated the 10th anniversary of her fashion label at the weekend and what had started as bemused shock on hearing she wanted to be a designer has turned into grudging respect as she (well, her design team, at least) has driven her label into a position where it’s a trend driver. And it’s also fairly frequently discussed as the one to step in now that Céline has gone from a Phoebe Philo-led wearable brand for sophisticated grown-ups, to what we assume will be rather more youth-oriented under Hedi Slimane.

Ok, Beckham’s yet to crack the golden egg as far as actually making any money is concerned, but with new investors and a new top team headed by chairman Ralph Toledano, who’d bet against her making it?

The show on Sunday had plenty to inspire. Here’s our pick…

The skinny pant (above): Yes, we know there’s nothing new about skinnies, but Beckham’s looked cool. They could almost have been leggings, but cut in luxe crepe or brocade, with a front seam that was open from ankle level to allow the pants to drape artfully over shoes and boots, they worked as the perfect layering piece for less-than-blistering spring days.

Relaxed blazers: they were cut slim and single-breasted, gently waisted with a sloping shoulderline, or more roomy. They worked with those skinny pants or sheer skirts and loose tees for the ultimate in relaxed dressing that could still scrape through many office dress codes as well as offering an easy option for vacation dressing.

Easy dresses came as body-skimming statements that worked for day and evening, whether in off-kilter rib knits, crepe, densely patterned florals, that kept simplicity as their unifying feature. This was eveningyear or dressy day wear for women who hate too much structure and want to be able to move with ease.

Easy pants: It’s not all about the skinny as Beckham teamed wider, easy pants with those blazers, sheers tops and lace-dye slip tops to combine ultra comfort with style. And yes, we know the word ‘easy’ has figured frequently in this report but that’s what it was all about - Beckham has come full circle from the days when she was seen more as someone channelling Roland Mouret’s Galaxy dress than offering her own vision.

Rope belts: Also seen on other runways for SS19, the rope belt adds to the dressed-down feel but also works as a statement finishing piece on dresses. It managed to stand out even when those dresses came in vivid red or almost-monastic pure white.

Handkerchief hems: This is one of the trends of the season and worked well at VB layered over those legging-like skinnies, as well acting as a standalone hem statement, the cut sometimes being given extra focus through bi-colour and layered effects. 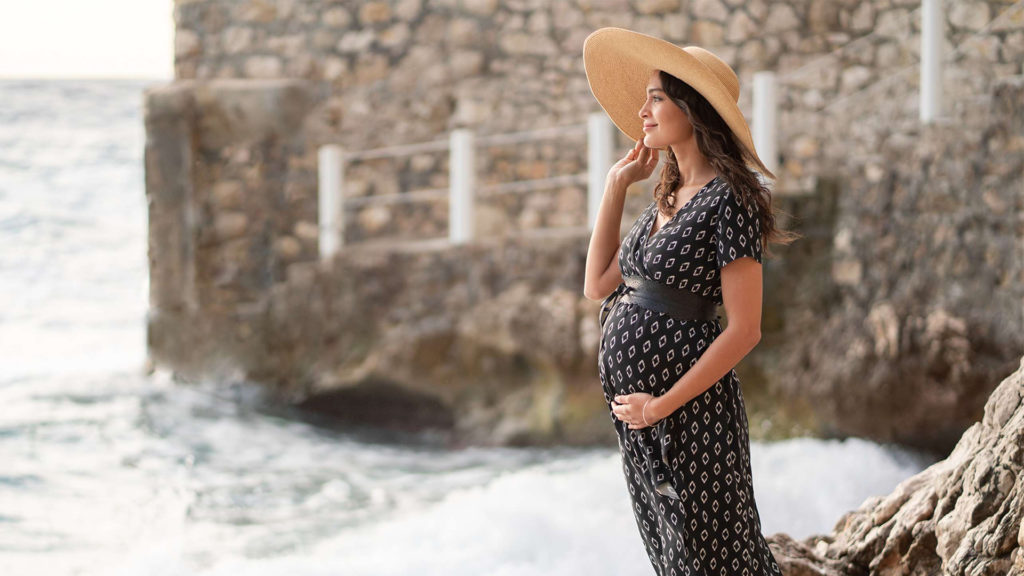 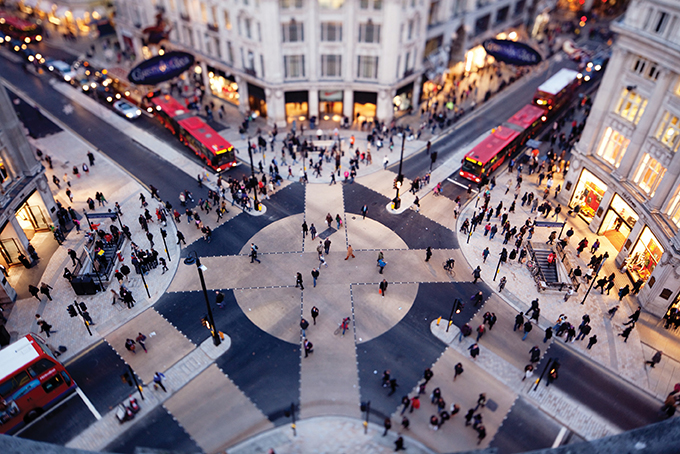