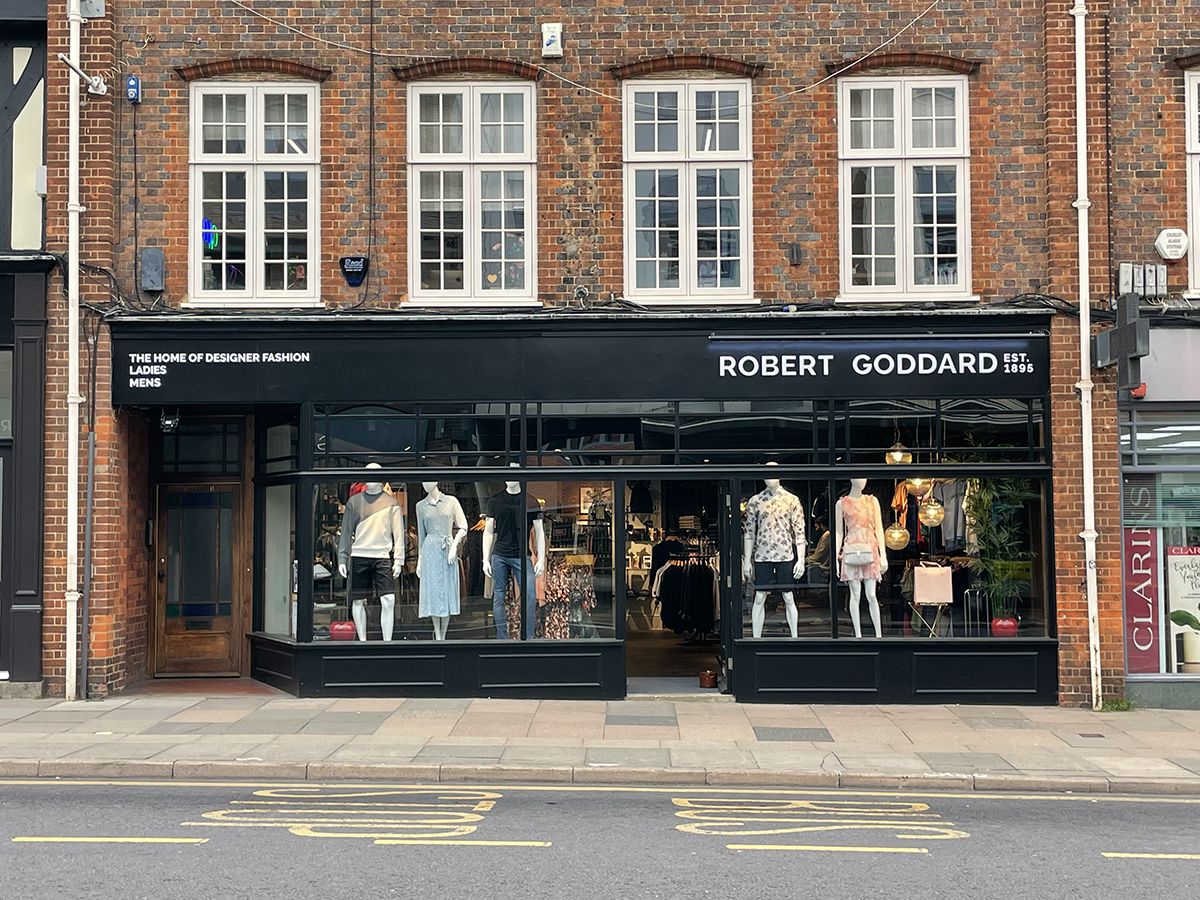 The Robert Goddard name goes back as far as 1895. Selling premium branded women’s, men’s and childrenswear, Robert Goddard now has a total of nine stores, plus online, with a 10th opening in Newbury, this summer.

Based in Wisbech, Cambridgeshire, the original store is still there, and was taken over by Oliver Tookman in 2008, who has been stealthily expanding the brand into affluent towns in the home counties and East Anglia.

The latest opening in Hitchin, Hertfordshire, was formerly part of another independent designer clothing chain, Maysons. Robert Goddard’s parent company, Aldrich Group, took over three of Maysons’ stores with the Hitchin store converting and opening as a Robert Goddard this past April.

The Aldrich Group also runs franchise stores for Superdry and Ted Baker. It recently inked an impressive deal with Ted Baker to open 30 stores with a minimum of three new stores per year over the next decade.

Just off the main high street, the double fronted store sits amongst other independents with a school uniform shop and pharmacy adjacent. On the main thoroughfare to the station, the road had no empty units with signs of other units expanding. The rest of Hitchin is a pretty mix of well known names and one-off stores in a handsome, affluent market town type setting. 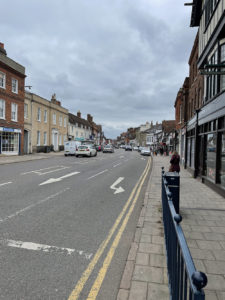 The Windows and Entrance

The windows are completely open to the store and the entrance reveals a generous feeling unit for a local clothing store. The merchandising of the windows felt subdued with neutral collections which weren’t really pushing a colourful new season of spring fashion. Quirky touches like cherries and dogs gave the windows more humour and personality. 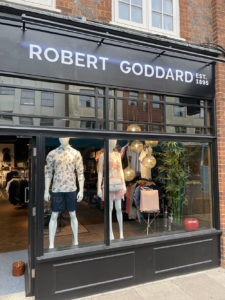 The Store Fit and Displays

The store has been recently refurbished and has been subtly divided into two halves: one masculine, one feminine. The design has cleverly lead with two popular brands and fitted the store to match those brands. Polo Ralph Lauren leads at the front of the masculine half with antiqued wood panelling and a clubby feel. Further into the store, which has a heavier slant into menswear - the previous Maysons only sold menswear - the jeans selection is displayed on a snooker table surrounded by a club chair.

While in the feminine section, Ted Baker is the focus with light colour walls and a statement crystal chandelier. A wooden herringbone floor runs throughout. The store feels generous and goes back further on the men’s side. 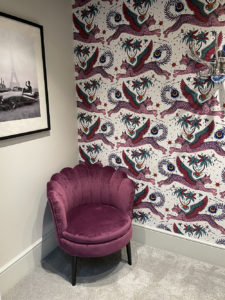 The Service and Fitting Rooms

Service was personal, friendly and welcoming. There was a confidence in knowing their local town and also their customer. The changing room was generously sized for a local independent with a chair and an openness to the store. A larger changing room makes the experience feel more premium.

The staff said the new store had broadened the age demographic of the store since the conversion from Maysons. 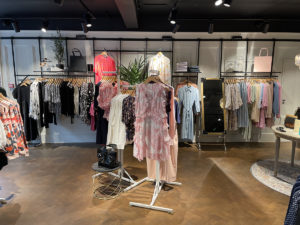 Ted Baker dominates on the women’s side and Polo Ralph Lauren the men’s. Other female targeted brands include Barbour, Emme Marella, Lauren by Ralph Lauren and Valentino Bags - not to be confused with Valentino Garavani.

They all seem to follow on from that Ted Baker lead customer who likes branded feminine, florals and details.

The other men’s brands include Barbour, Barbour International, Fred Perry, True Religion, Lacoste, Ted baker, Kenzo, Gant and Boss. They would once have been classed as "lads’ brands" in the past, but the customer has grown up with many of these brands and they continue to remain loyal.

The men’s collections are neutral in their colour palettes and traditional in shapes and fabrications with a few contemporary additions like a trucker jacket or work jacket. They could definitely add more relaxed sportswear alongside the Fred Perry and Lacoste. 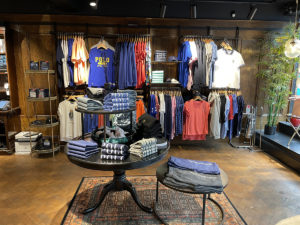 Robert Goddard’s recent expansion and success is testament to shopping local and knowing your target demographic. The shop looks confident but broadly targeted. It feels welcoming and familiar. The brands are well known, but the recent addition of brands taken on from Maysons, such as PS Paul Smith and Kenzo, has expanded the offer.

There is a safety in the buy, but that is to be expected.

As it further expands, I hope it becomes more experimental, maybe in accessories and gifts. It makes sense to target the stores and buy around the most popular brands, but it is important also to not depend too heavily on them and evolve with the customer. 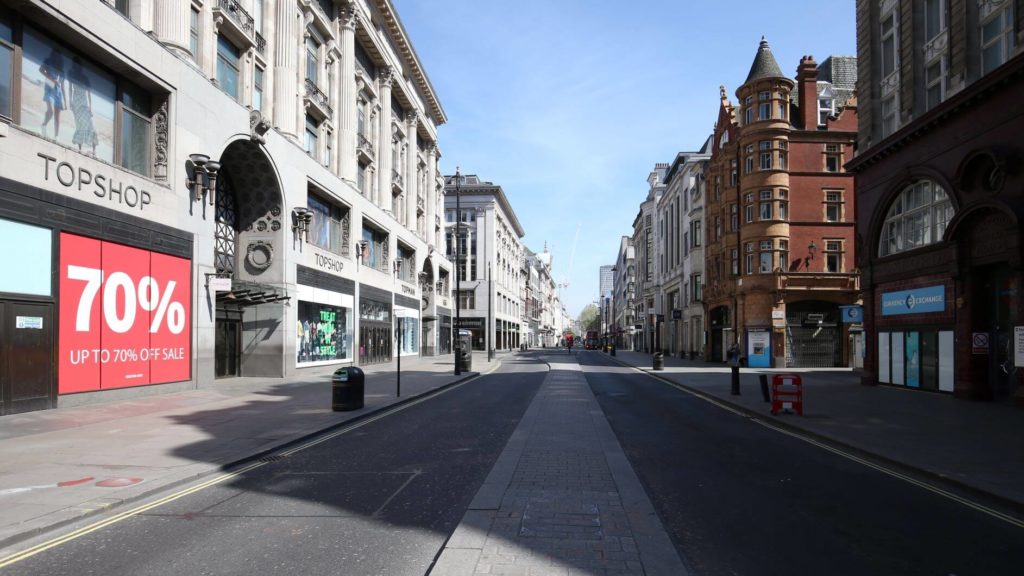 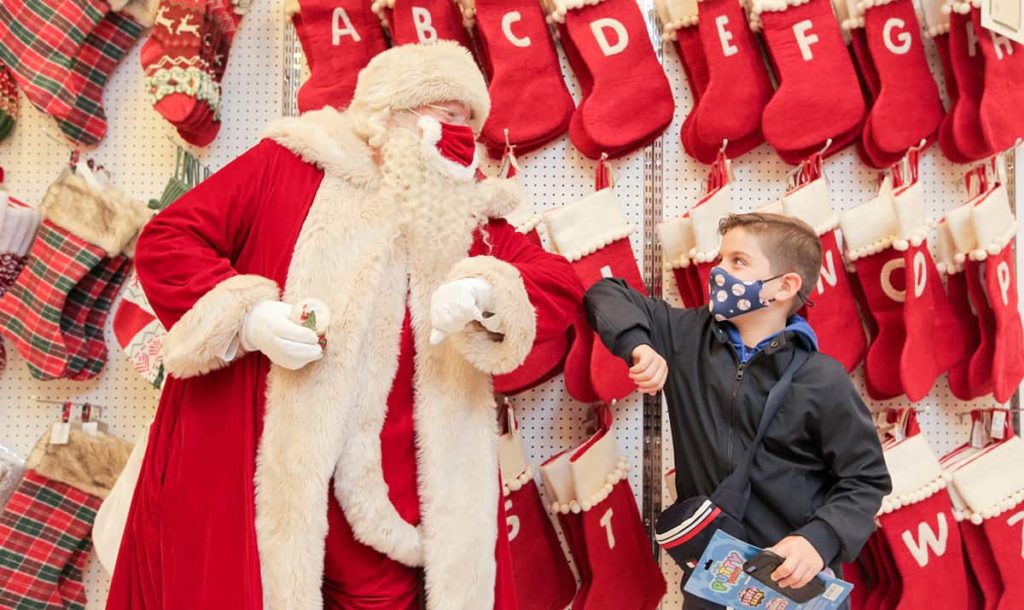