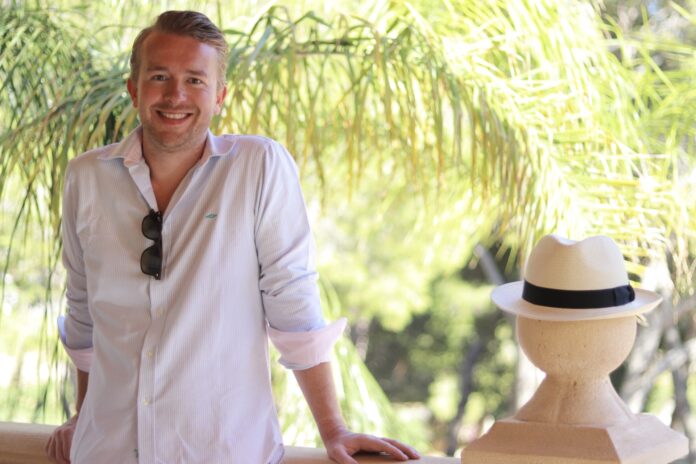 Patrick Dudley-Williams is chairman of UKFT Rise – UKFT’s supportive community for UK fashion and textile start-ups. He’s also the founder and creative director of men’s lifestyle brand, Reef Knots, which has a shop in the City of London’s Leadenhall Market, which he says he is unlikely to re-open until the autumn due to the current lack of any footfall in the City. He discusses what UKFT Rise do to help young fashion businesses, as well tackling issues around retail rents in light of the coronavirus crisis – including with his own brand, which he was recently discussing on the BBC News.

What does UKFT Rise do to help start-up fashion and textile businesses?

UKFT Rise is an off-shoot of the UKFT. Our job is to support early stage fashion businesses in their growth. We do that largely by putting on events where people can come and meet other people in the industry who are doing the same things as them – starting small fashion brands. Obviously, the events aren’t happening at the moment, and if I knew when they were going to be able to take place again then I’d be an extremely valuable person to the government! But we’re reaching out to people via email and on social media to get people to ask us questions they need answers to. The good thing about Rise is it actually has the knowledge base from the UKFT, so we can generally find solutions for what people need. I’ve been chairman for about three years now.

Does UKFT Rise encourage start-ups to support each other with problem solving?

Yes, it does. The process of starting a small fashion business can be quite a lonely experience, as generally they are people initially operating on their own, and they are coming across quite complicated situations that they don’t have experience of dealing with. The businesses are usually less than three years old, so our job is to create a network where people have the ability to ask questions, support each other and allow them to move to that next stage of growth. A lot of people who start fashion brands are creative people, but they often struggle with the business know-how, the numbers and what it actually takes to build a business. There isn’t really a place where you can go and find out what your mark-up should be, how you deal with suppliers, how you source products and good factories, why people get paid in certain ways and so on. It’s important that we can offer a resource that allows them to learn these things. We’ve done lots of events in recent years for things like raising finance, crowd funding, sustainability and a lot of the topics that are very relevant to small fashion brands. It’s a free membership to join UKFT Rise, and people like myself give our time so we can help people do what we’ve done, which is start a successful fashion business – Reef Knots in my case. It’s a way for us to give back and also a way to get people involved with the UKFT at an early stage.

How long have you had the Reef Knots brand?

I started the business in 2013 and we are now quite a fast-growing lifestyle brand. We have one store in the City of London, in Leadenhall Market, but the majority of our business is online. I’ve been through a lot of steps that Rise members will be going through. I’ve made every mistake, but I’ve been lucky enough to get the business to a decent level.

How are you tackling the issues around retail rents in the current situation?

It’s quite tricky. The location of our store is also where our office is based. Our landlord, which is the City of London Corporation, hasn’t given us any rent holiday or service charge holiday. The tenants formed an association, with almost every tenant in Leadenhall Market speaking with one voice. We have tried to engage with the landlord via a surveyor who has been helping us for free. But they just came back and said there would be no rent holiday. It’s quite frustrating dealing with the City of London Corporation because they are a very big, and sadly very rich, corporation that feels that they should get paid out in full, while the small independents take the full brunt of it. I appeared on BBC News recently talking about the retail rents subject and the City of London Corporation being difficult to deal with. Trying to have constructive dialogue with your landlord is the way that you get through this, though whether or not the landlord wants to engage with that is up to them. The reality is, that for many businesses like mine, the revenue from physical retail has dried up to nothing, but a lot of the costs remain. That’s obviously something that’s not a sustainable situation. I think there are many businesses that will not recover. We’re lucky enough to be a largely web-based business, but those that aren’t are really struggling. Also, landlords that think they can put rent off to later in the year – for tenants to make it up – is perhaps in denial of what the new world looks like. I think we’re certainly seeing a shift now from landlords being the powerful party in those relationships to the tenants, especially if they are well organised, beginning to have a lot more weight in the argument because they are going to be far fewer on the ground. 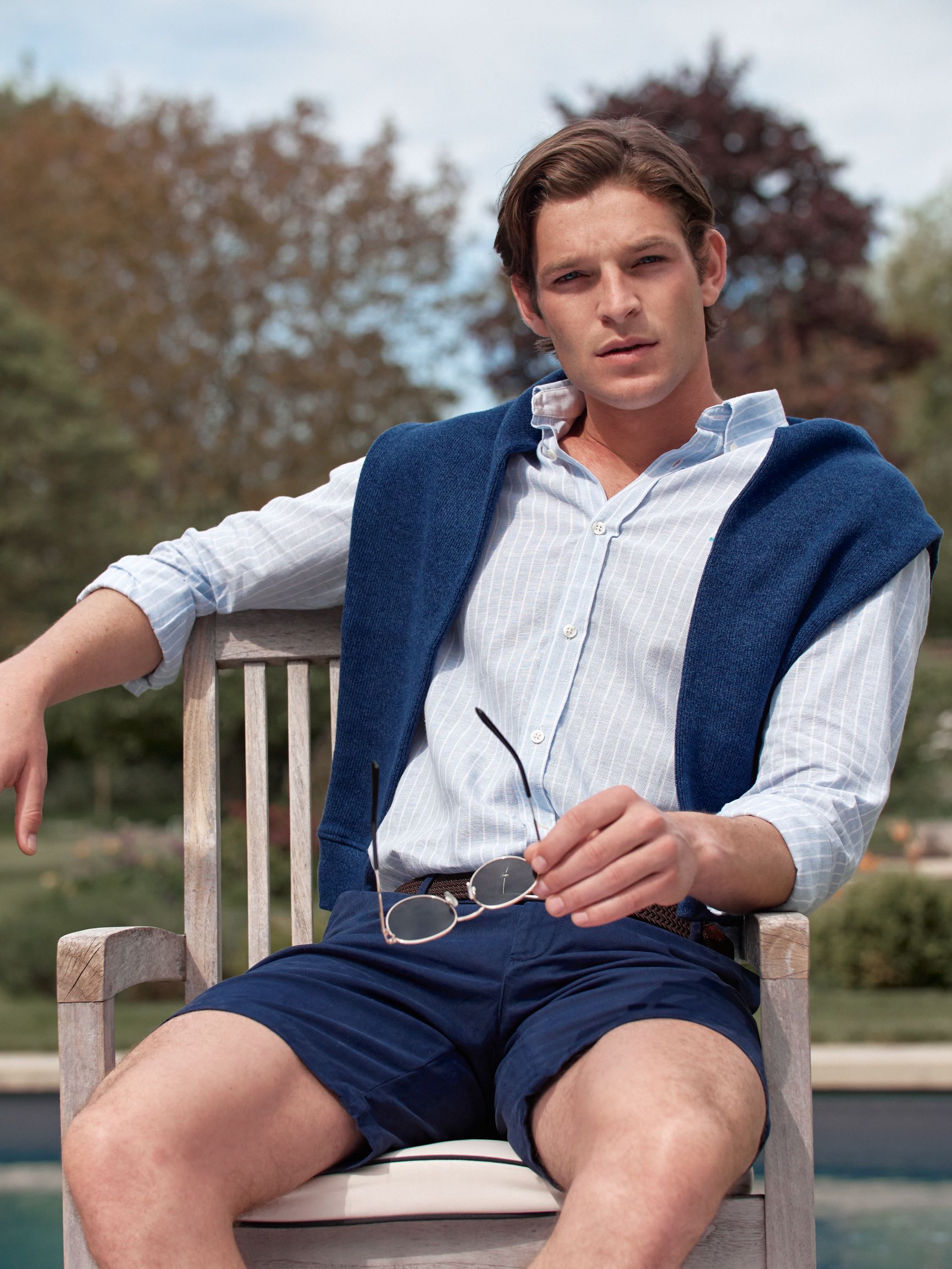 In terms of retail rents, what do you think the future holds?

On the retail side, the commercially astute landlords understand that there is no point bankrupting the tenants because there will not be a queue of people behind them waiting to fill their spaces. It would appear that some landlords have been very good and they understand that if stores are shut then it’s impossible for tenants to be able to pay rent. If there’s no income, they can’t absorb the cost. Retail was a tough enough busines before all of this. Some landlords, like at Canary Wharf, are giving their tenants rent holidays, but it has varied hugely from landlord to landlord. The amount of rent that large landlords collected in the March quarter was an industry record low and I imagine the June quarter will be even worse because no-one has been open since the last quarter. I think it will depend on the landlord how well they come out of this because, if the tenants go, then they are going to have to re-negotiate with someone else. It’s probably by far in their best interest to try to keep the current contract they have in place alive, even if that has meant rent holidays, as the next load of contracts may not be at the same price as they are today. I think the time of the upwards only rent review has been consigned to history. Perhaps the industry will move to a more turnover based rent in the future to share the risk.

How long have you had the Reef Knots store in Leadenhall Market and, with the lockdown, has there been anyone around in the City?

We’ve been there for five years, but there are some tenants that have been in there for 30-plus years. In terms of potential customers, there’s absolutely no-one there. I’ve been to check on the business and the footfall is zero. We were told, like everyone else, that we could open on 15 June, but we don’t have any plans to re-open until the offices return. The reality is, from what we’ve heard, the offices probably won’t return until much later in the year – October at the earliest. But, will they ever return to the way they were? I think a lot of businesses will be looking at their office space, having worked out that they can operate with a lot of staff working from home. They’ll be looking at the great big rent bills they get for huge buildings in the City and they’ll be deciding whether or not they actually need to pay them anymore. So, I think we’re in a time when perhaps retail space, certainly in that part of the world, may look to go through a re-pricing, as will the rest of commercial property.

What feedback have you been getting from other brands and retailers?

We’ve heard some pretty horrible stories of people who have invested their life savings in businesses and now don’t know how they are going to continue, or factories that have had big companies cancelling orders on them which has seen them go bust. The sad thing is, a lot of these small businesses will just go under the radar and won’t come back but, unfortunately, they are the pipeline of the next generation of businesses. It’s very difficult to imagine, as a lot of these people don’t qualify for any help. They are a bit like me seven years ago when I was just starting Reef Knots working out of my spare room.

Have you been receiving any government help during the current crisis?

We’ve been able to access grants through the retail grant system and we’ve had the rates freeze, which will last until April 2021. That has been very well received. The furloughing scheme has also been good for us. For retail, the government were very quick to step in and that has been extremely helpful. I think we’d have just seen a huge swathe of businesses decimated if all that hadn’t taken place. There are a lot of businesses that have fallen through the cracks, but for us we were able to access that help. It’s difficult for fashion businesses to turn off a lot of the fixed costs. Our stock is ordered very far in advance, so it’s not like a restaurant where we can just stop getting food in. The stock is literally piling up in our shop because we have not been open. 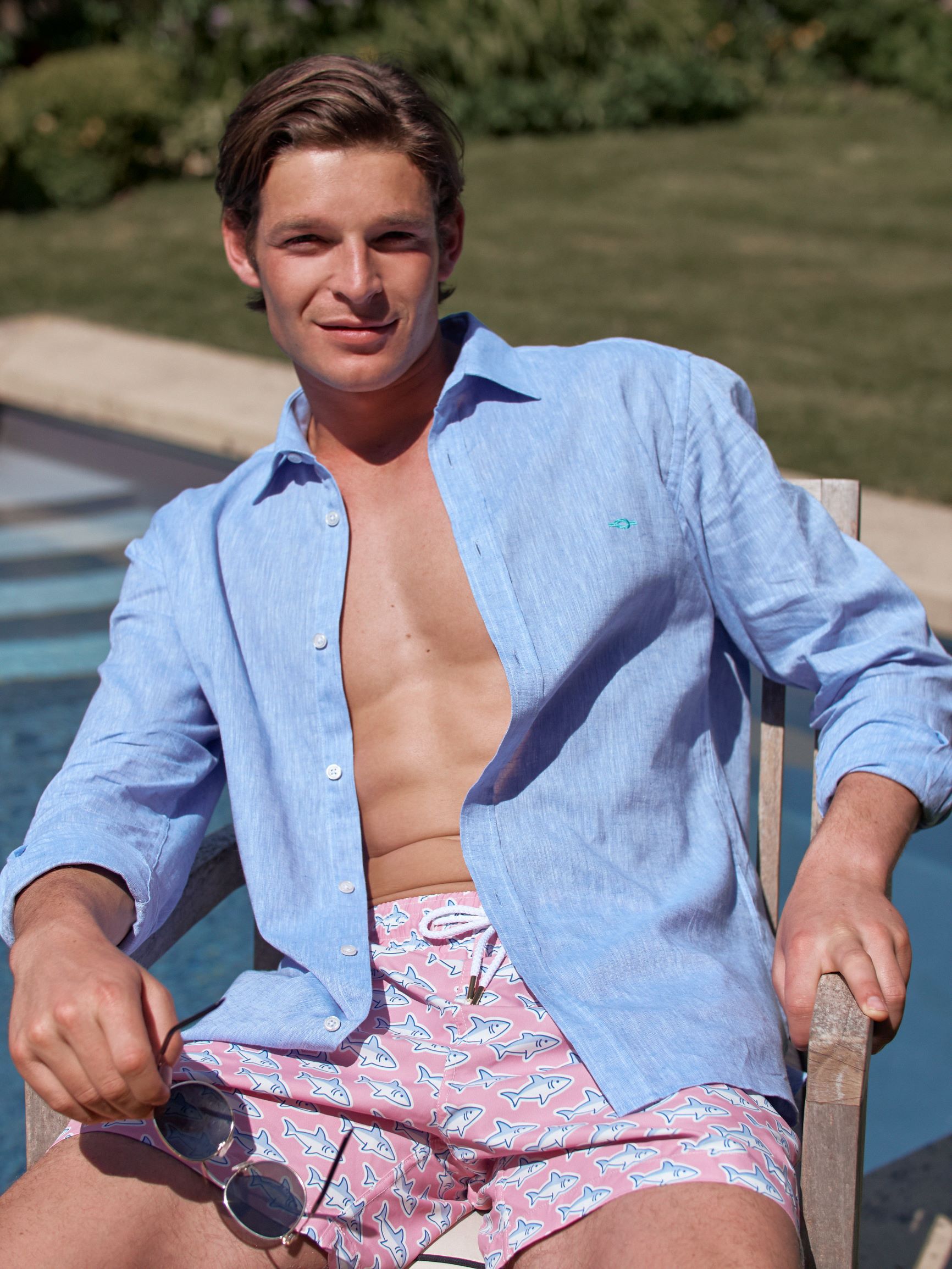 How has your online business been performing throughout this time?

It’s actually been performing really well. We saw an initial downturn back in March, but April and May saw steady recovery and I would say that online now is probably trading above where it would normally be, probably largely due to the fact that we’ve seen such a prolonged period of there being no high street open. I also think we’ve seen a change in the mindset of people who are beginning to think about going out again and are therefore beginning to consider making summer purchases. This period of time has pushed the world far more towards digital spend – probably speeding it up by about five years. I think that the way people shop will be changed forever. In my family alone, the older generation are shopping online for the first time ever and they’ve found it really easy. In terms of people going out shopping again, I think there will be an element of people worrying about a second wave of coronavirus. Returning to normal practices, whatever those may be, is a long way away. We may never see shopping like we did before, just because people’s habits have changed. Also, if people are scared about going to the shops for fear of getting COVID-19, then that will still occur until there is a vaccine. I think we’re in for an extended period of pain in physical retail for sure.

What products are performing well for you?

We started out selling ties, which is why we ended up in the City, but we’re now a wider lifestyle brand. We do a lot of work with marine protection and ocean conservation, so we do a lot of things like recycled ocean plastic swim shorts. We also sell a lot of polo shirts, knitwear made from 50% recycled plastic and Oxford cotton shirts. From our point of view, online sales are holding up.