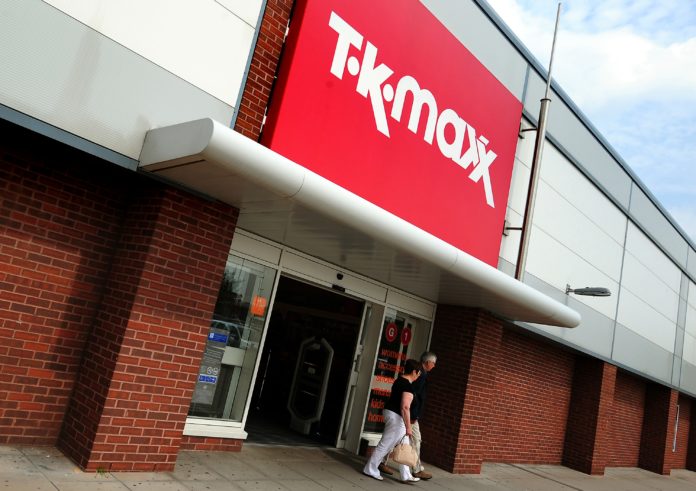 TK Maxx has bucked the current downbeat trend among high street retailers to post higher sales and profits on the back of a raft of new openings.

The retailer was buoyed by 21 store openings over the past year, including the continued expansion of its Homesense furnishings business, according to recently filed Companies House accounts.

Pre-tax profits for the period also jumped 38% to £120.5 million, from £87.1 million in the same period a year earlier, the accounts said.

Sales growth was particularly driven by the store openings, which involved the launch of eight new TK Maxx stores and 13 under the Homesense branding.

The expansion took the company’s overall portfolio to 411 stores across the UK, consisting of 345 TK Maxx outlets and 66 Homesense sites.

TK Maxx has continued its store expansion plan into 2019, including the opening of its first site on London’s famous Oxford Street.

US-based parent business TJX Companies has seen its shares continue to rise since the start of 2019, buoyed by strong growth in online sales for its UK and US arms.

TK Maxx also cautioned that a hard Brexit scenario could “significantly impact” its operations, particularly in the short term.

The budget retailer also said that Brexit could have a “negative impact” on the group’s ability to efficiently move products between the UK and EU.

The results come amid a testing spell for UK retailers, who have been put under pressure by sliding high street footfall combined with cost increases.