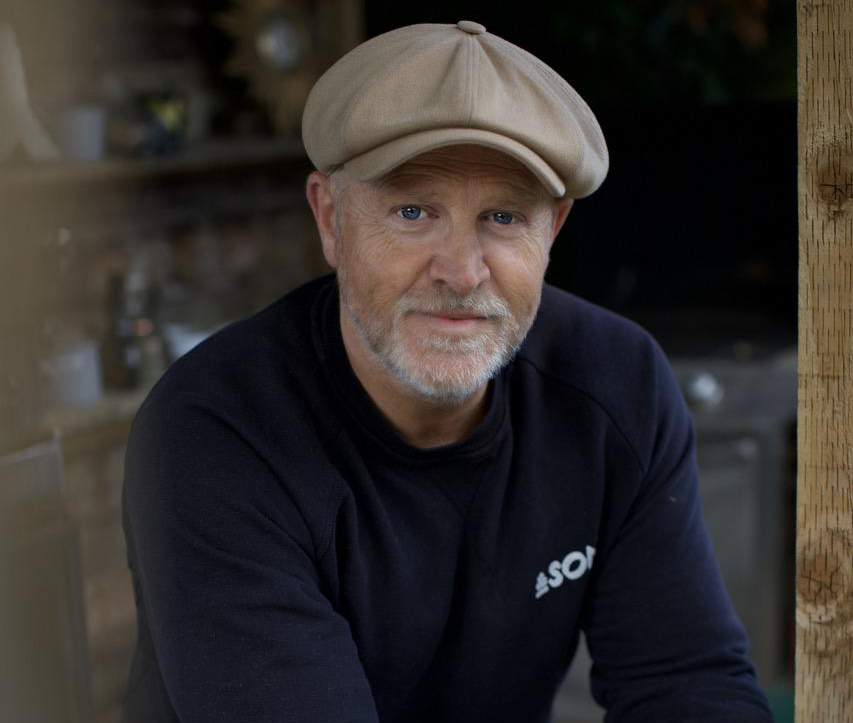 Advertising photographer and creative, Phil James, founded his &SONS brand in 2016 with the desire to make comfortable, quality workwear that he could wear himself on assignments, having previously had to shop with several different brands to get the things he wanted to wear in everyday life.

Currently life is everything but everyday, such is the coronavirus crisis and lockdown, but his products still seem to be hitting the mark with customers online - particularly the best-selling "Carver" chore jacket. Direct to consumer sales have always been the main business model, and they have seemingly been hitting a high for &SONS during lockdown

How are you finding business for &SONS at the moment?

To be honest, we’ve had two record months. We were on an upward curb before the lockdown, and things had really turned for the better, just from us being around long enough, and from doing enough promotion for it to suddenly impact. I think, from last autumn, business started ramping up, and the beginning of the year was good. With lockdown we thought it was probably going to fall off a cliff, but business has actually doubled again. From a European perspective, Italy is a strong market for us, as is France, and Germany is really picking up. Coming out of lockdown, we also want to try to target the US and Japan more, where we’ve been seeing increased orders coming in.

Has there been any other customer influences on improved sales?

It’s also tied in with us spending a lot of money on advertising and social media. Instagram is the big one for us. We’ve created film ads and we do Instagram and Facebook ads. Google optimisation has also been important, as well as sending out an additional email per week, on top of our regular one, as people don’t seem to be bored of content. A lot of the data is saying that new customers are actually coming to us straight from the advertising we’re doing, though there’s obviously an element of word of mouth as well.

Are you still in advertising yourself?

I’m an advertising photographer and I run a production company called Shadowplay, and we do film and photography. That’s still going, but about five years ago I thought I wanted to try something else. I had always had an interest in clothing, but the whole workwear thing came about because I was into that look. I was finding I was getting what I wanted from about 10 different websites to get an outfit, and also an outfit that was hard-wearing enough for me to lie on the ground and take pictures – and not be ruined. I then thought that there must be other people like me, so I went about creating a head-to-toe layered outfit myself. That’s how &SONS came about. What we’ve tried to do is take that workwear aesthetic and make it more comfortable and flattering, as a lot of the old workwear pieces were quite boxy, ill-fitting and in hard materials that weren’t really that comfortable, or flattering.

You call the "Carver" workwear jacket a best-seller, how have you managed to get re-stocks during lockdown?

We’ve been very lucky really. Our UK production was hit quite hard and temporarily shut down but, luckily, we’d just got in a big delivery before they had to shut. In terms of our production in Turkey, even though they went down to skeleton staff, they managed to fulfil all of our orders – even in lockdown. A lot of brands waiting for production deliveries from China and India have not been so lucky.

Has the UK factory you work with now managed to get back up and running again?

Yes, as in the last couple of weeks they’ve put working bays in which are two metres apart, and they are all wearing PPE. However, even during lockdown the guy who runs the factory was making waistcoats for us from his home – one at a time, for the last two months. In terms of production, our denim jeans and waistcoats get made in the UK, and our "Carver" jackets get made in Turkey. The military green "Carver" jacket is by far our best-seller, and we’ve just brought out a black version after doing a customer survey online. Black beat sand to be the new colourway.

Your latest email promotion is for your sweatshirt inspired by Steve McQueen in The Great Escape, is that in time with everyone being cooped-up at home?

You could say that. Everyone’s dreaming of being somewhere else and being able to get out and about freely, so the timing seemed right. We’ve actually been doing the sweatshirt for a while. It’s based on an old vintage military sweat with the sleeves cut at the elbow, like in the film. It’s got raw edges and it’s a homage to the one Steve McQueen wears in The Great Escape. We also have a bag inspired by one he has in the film. That’s part and parcel of that campaign too.

What is the newest collection that you’re pushing for this season?

Our new collection is called "1968", a real turning in point in history when a lot went on, and also the year I was born! There’s printed sweats and T-shirts for this summer that have just landed from Turkey, so we’ll be pushing that collection shortly. We’ve been holding that back a bit. We also have new denim styles just in which look strong, and we’re doing chinos as well as a continuation of our "Sunday shirt", which has turned in to another best-seller. It’s a utility shirt, but very comfortable – in a cotton twill that’s been washed and faded. Because of what’s been going on, we’ve been so reactive in terms of our production, because we’ve had to be, so we’re all lined up for AW20 when we’ll have even more new denims coming in, as well as some harder canvas pieces that will need a bit of wearing in.

How many people have you got working for &SONS now?

Well, we’ve suddenly had to get more people in as it’s got very serious. There’s probably 10 of us working solely on it now. I’ve not had to furlough anyone working on &SONS, though I have on my day job with the production company, as all video and photography production stopped immediately. So, we’ve just been concentrating fully on the brand. Nobody expected it to be quite as crazy as it has been. I guess we’ve now got people’s attention, which is a lovely thing to think. We’ve got a live chat feature on the website, and people seem to be on it a lot. We’re talking about everything that’s going on, and the orders are getting bigger and from further afield. It’s been pleasantly surprising.

We never thought of ourselves as a wholesale business really, it’s always been an e-commerce one with the occasional pop-up shop. That was kind of the business model. So, we only really supply Wolf & Badger in Coal Drops Yard, King’s Cross – as well as their store in New York - on the wholesale side, as well as an online shop called WildBounds. We’ve been approached a lot by other stores, but we just believe that people order online now, and the headache of having to satisfy wholesale at this stage in our business is not particularly an attractive one. We do have plans to do another pop-up shop in London going forward though. In the past we’ve done them in Shoreditch, on Redchurch Street. We had actually planned to do a pop-up inside Wolf & Badger’s London and New York stores soon, but that’s had to be put on hold. 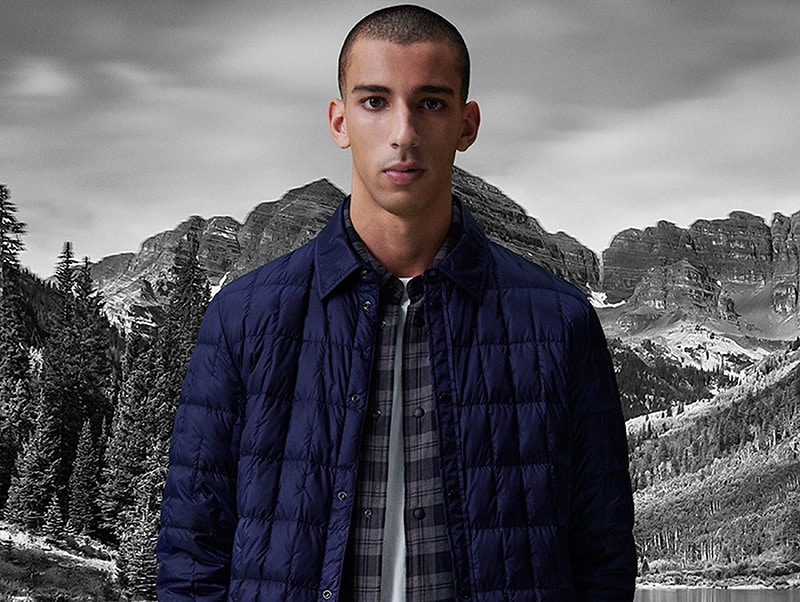 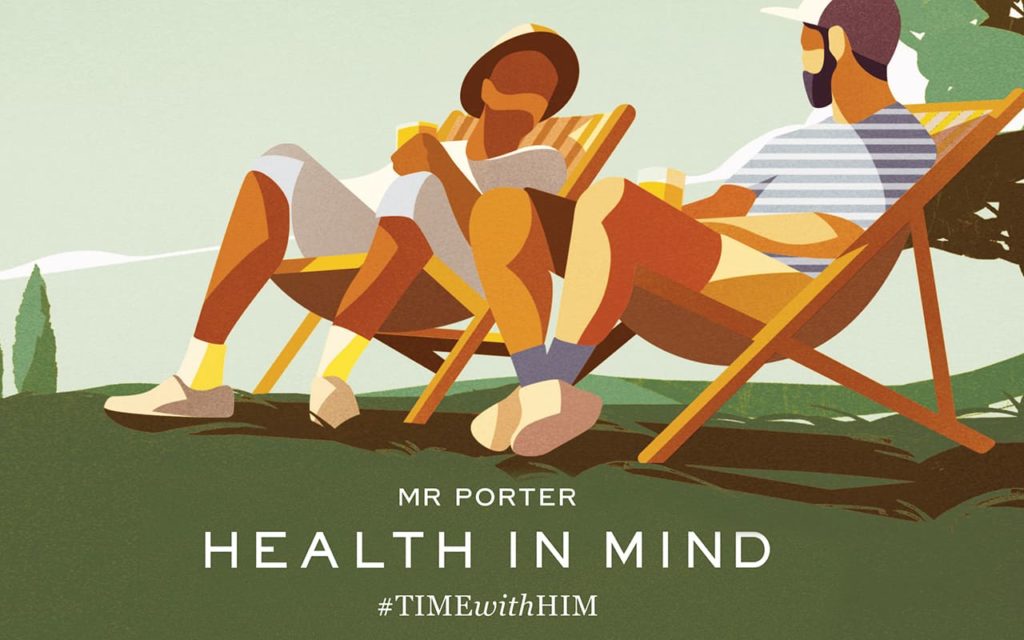