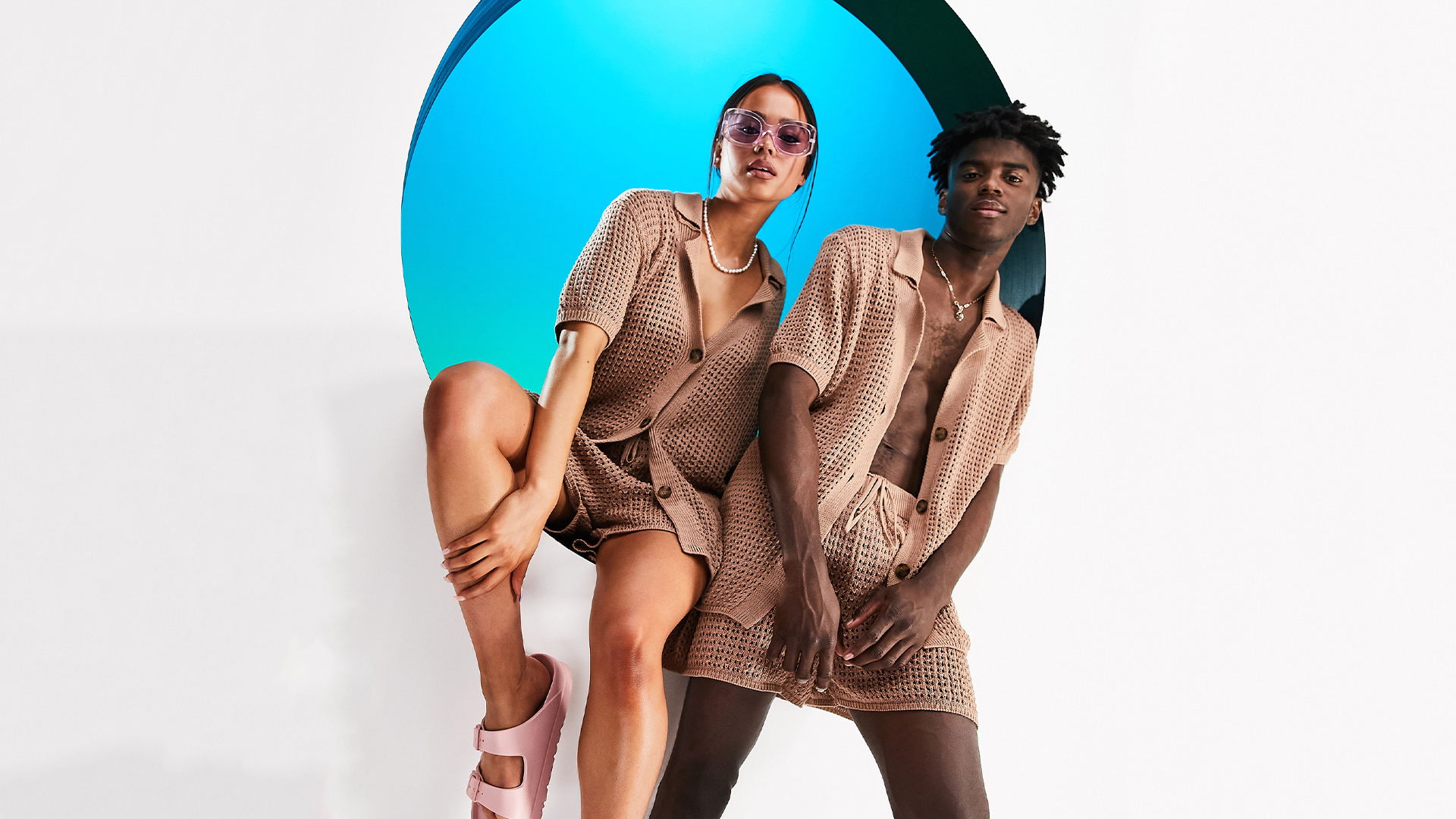 ASOS: is it time for the online young fashion giant to grow up?

British fast-fashion giant ASOS has seen shares descend on a downward trajectory in the past 12 months – its share price is down over 80% since last year.

On top of that its latest profit guidance for the year to August 2022 was placed at "the bottom end" of expectations (full year results will be published on 12 October) and this is raising questions about the former high-flying brand’s attractiveness.

Since its beginnings in 2000, ASOS has been a millennial success story. It is reported to have an incredible 26.4 million active ASOS customers worldwide. While it has seen off much of the fast-fashion high-street competition – even buying some of its rivals – the question has to be asked, is it time for ASOS to grow up?

On its website, the brand describes itself thus: “We are an online retailer for fashion-loving 20-somethings around the world. Through our market-leading app and web experience, ASOS customers can shop a curated edit of c.90,000 products, sourced from 850+ of the best global and local third-party brands, alongside our mix of fashion-led in-house labels including ASOS DESIGN, ASOS EDITION, ASOS 4505, Collusion, Reclaimed Vintage, Topshop, Topman, Miss Selfridge and HIIT.” 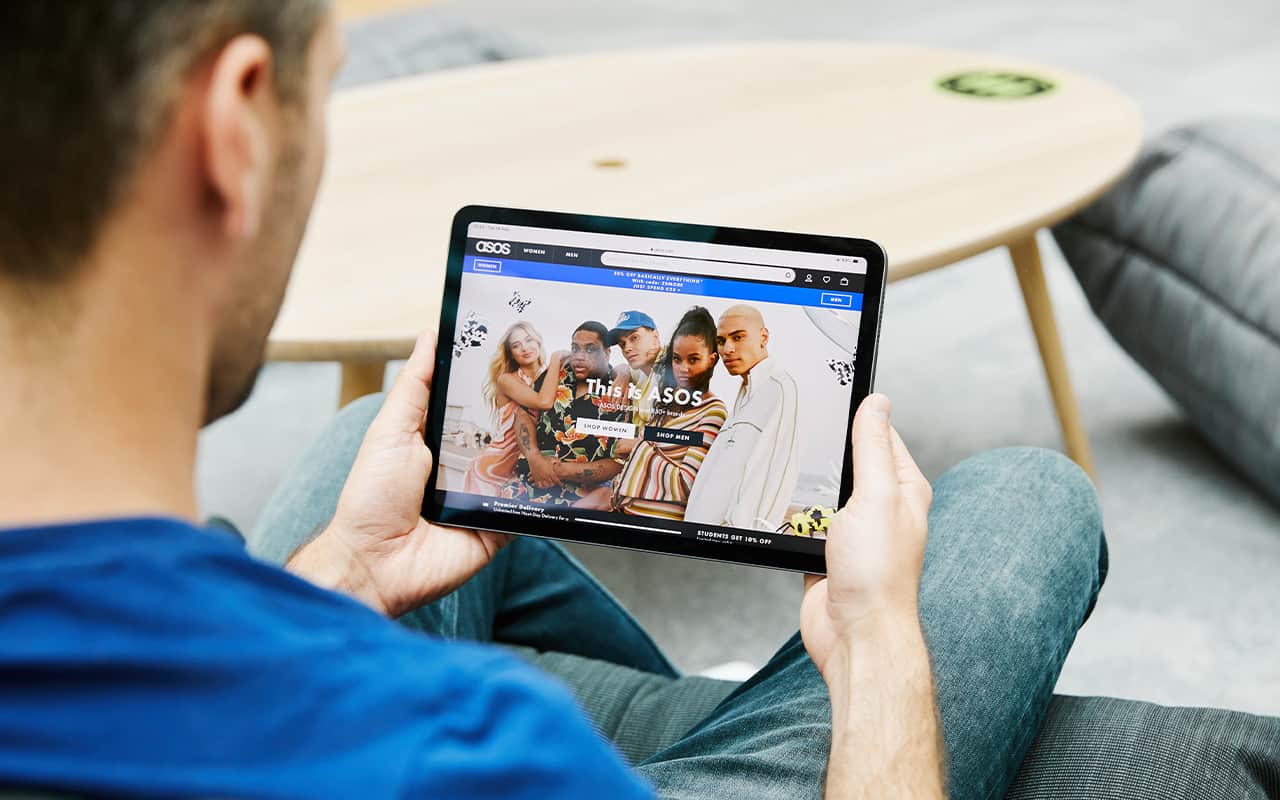 ASOS is laser focused on 20-something consumers

Many of those early twenty-something customers who started shopping with ASOS are now well into their thirties and forties with children and families. While ASOS still provides plenty of choice and branded lines, there isn’t anything more sophisticated and grown up to compare to successful rivals like Zara and Reiss.

Rival online fashion group Boohoo, meanwhile, has acquired a proliferation of brands such as Karen Millen, Coast, Wallis and Debenhams, which its customers can migrate to when they have outgrown Nasty Gal and Pretty Little Thing. ASOS, on the other hand, doesn’t really have any brands for people to grow into and that has been deliberate. In the past it did try to broaden its appeal but pulled back to double-down on its focus on twenty-somethings, reasoning that when its customers grow out of ASOS there will always be more younger consumers at the other end growing into it.

In February 2021, ASOS bought the Topshop, Topman, Miss Selfridge and HIIT brands as part of a £364 million deal from the collapsed Arcadia Group. But all of the physical stores were closed. Many said at the time that this was a mistake, with little or no differentiation between ASOS and Topshop online.

Stores are often closed because of complicated and expensive leases and no one would have expected ASOS to take them all on (at the very least it was hoped it would keep the Oxford Street flagship but that is now destined to be a branch of IKEA) but leaving a Topshop/Topman in a handful of major UK cities would have kept the brand relevant and seen. Indeed, having a few stores may have helped the wider business; ASOS recently cited a significant increase in return rates for its current financial woes, which a retail presence could help mitigate. 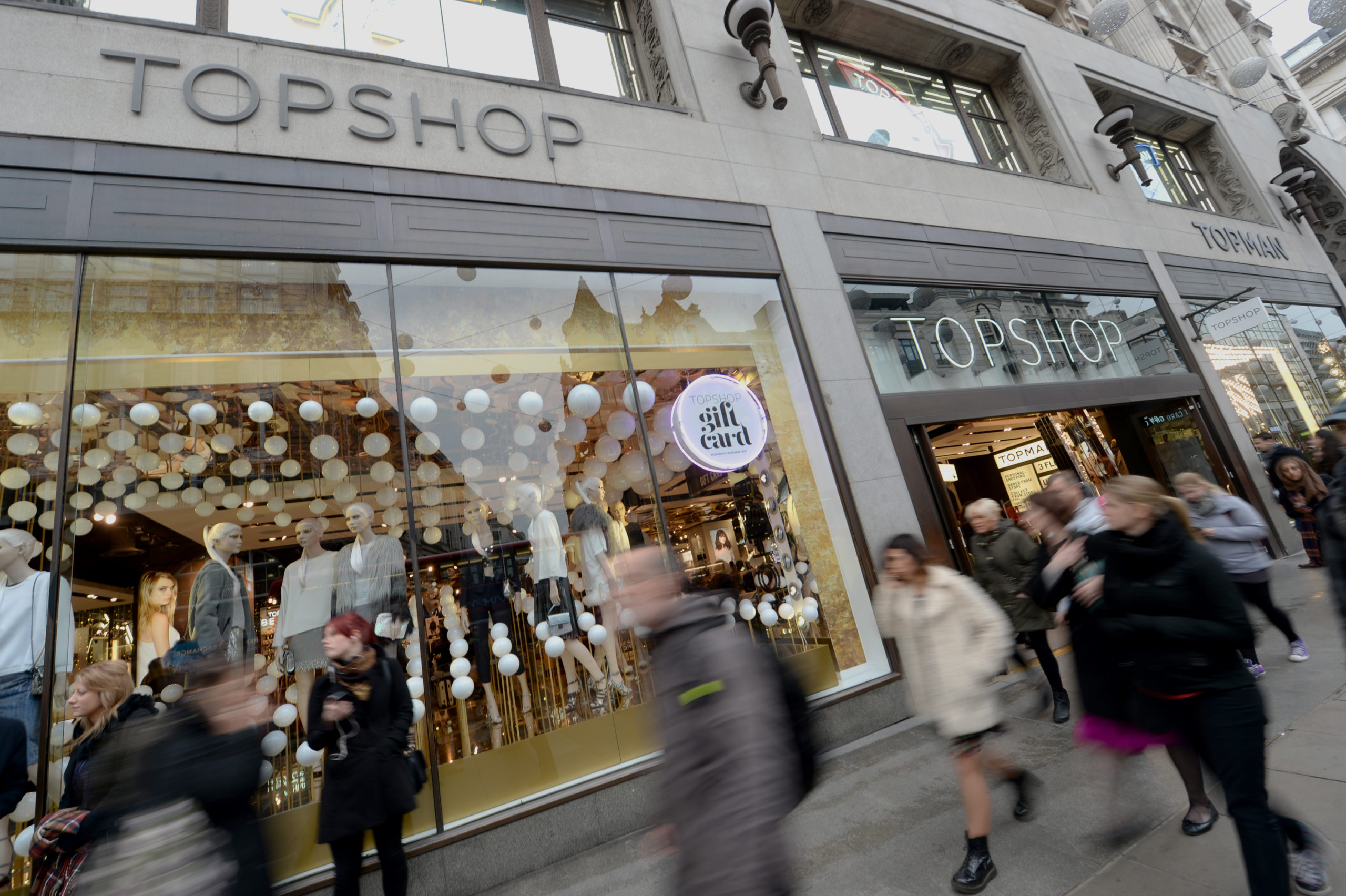 ASOS has certainly seen the benefits of a physical retail presence in the US, however. In July, 2021, ASOS inked a deal with the US department store chain Nordstrom, putting Topshop clothing back into physical stores. Nordstrom took a minority stake in the Topshop, Topman, Miss Selfridge and activewear brand HIIT for an undisclosed sum, selling it on its website and in its 350 stores. It would also allow shoppers to collect and send back ASOS products at its stores. The Topshop brand was sold at Nordstrom previously when the brand was owned by the Arcadia Group.

“Partnering with Nordstrom will support our US strategy, allowing us to offer that to even more 20-somethings in North America,” the former ASOS CEO, Nick Beighton, said at the time.

This strong focus on twenty somethings is great, but as people get older they often have more disposable income and want to buy something a bit nicer. They could feel the ASOS label is too young and unsophisticated for them.

Add in the negative feelings around fast-fashion and, despite ASOS holding itself to a higher standard than many of its peers on sustainable matters, the brand could be tainted with disposability. In its most recent financial statement, the company cites “inflationary pressures” affecting its customers' disposable income, and this will be felt more acutely in the younger, lower paid demographics.

ASOS’ recent hires do show signs of a new direction. The new CEO is José Antonio Ramos Calamonte, replacing Nick Beighton, who left in October 2021. Calamonte has experience leading on commercial strategy for high-profile brands including Inditex (owner of Zara), Esprit and Carrefour Spain, having started his career at McKinsey. 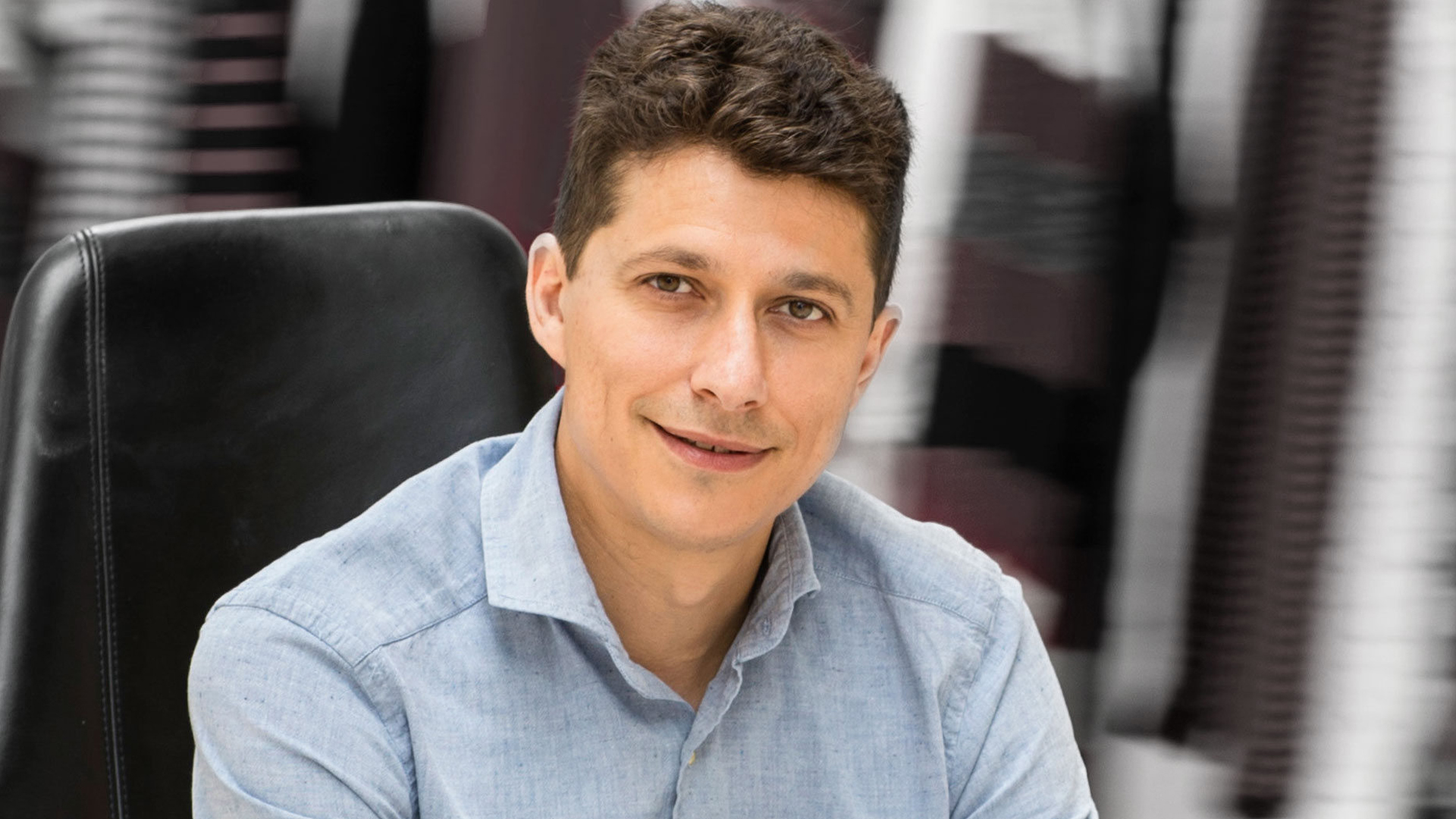 The new Chairman is Jørgen Lindemann, who had a five-year stint as a non-executive director at the giant European fashion giant Zalando, and Elena Martínez Ortiz has been brought in as the new womenswear director. Hired to lead the £1 billion plus ASOS DESIGN brand, Ortiz too has experience from Inditex with over 18 years at Stradivarius. At Stradivarius, Ortiz was product director since 2013, prior to which she was the sourcing director in Asia.

ASOS has also recently hired former Nike executive Tim Phipps as its new sportswear and outdoor director. Phipps spent nine years at Nike, including leading Nike sportswear sales for EMEA. ASOS is still a stockist of Nike despite it dropping the majority of its wholesale accounts in 2021. Prior to joining the sportswear giant, Phipps was head of global footwear at Fred Perry and was UK fashion sales manager at Reebok.

Inditex has to be the benchmark for the majority of retailers both online and offline. The speed, quality and value offered recently saw Inditex, owner of Zara, Massimo Dutti and Pull & Bear, record results for the first half of 2022, with sales up 25% year-on-year, hitting £12.8bn and generating record profit of £7.4bn. Its gross margin of 57.9% is the highest it has seen for seven years. When people shop at the powerhouse brand, Zara, they pay full price knowing it won’t be there in their size tomorrow.

ASOS' sales for the three months to 31 May, 2022, rose by 4% to £983m, driven by a 4% rise in the UK and a healthy 15% rise in the USA. Selling low-margin, fast-fashion requires volume and increased returns and inflation bites deep into any small profit there is. Offering more sophisticated product with higher margins for older consumers could be the answer. 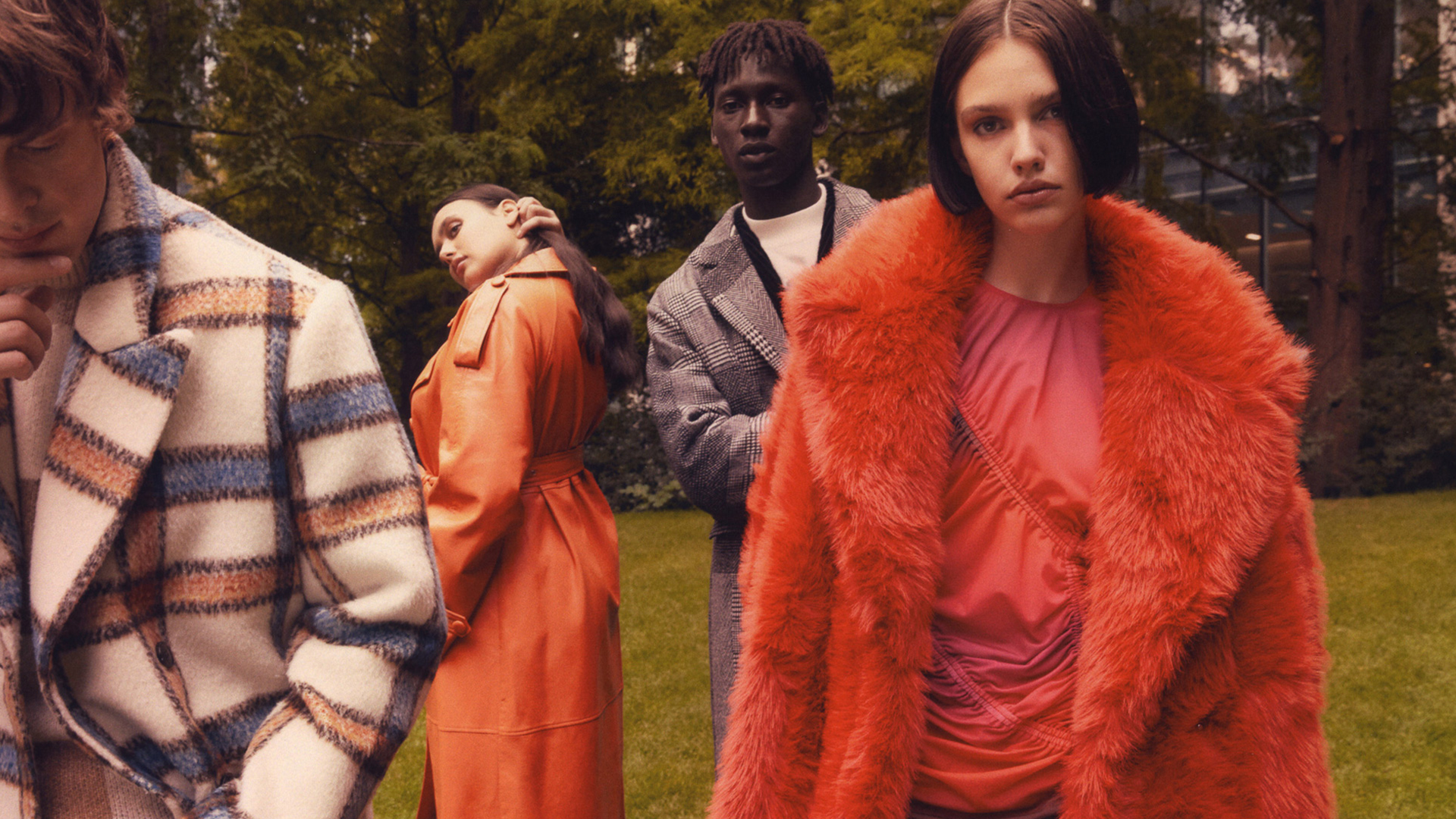 The new look Topshop at ASOS

The ASOS site has become cumbersome with circa 90,000 products. It is too big to navigate quickly and some of the best product can be missed. Smaller, more edited labels could target the demographics who have grown up on ASOS and help them find the right product; something that better suits where they are right now in life.

ASOS hasn’t launched a significant in-house label for many years with the last one being the Gen Z focused Collusion (although it has recently unveiled a new direction and visual identity for Topshop), and, while there are cost pressures within the business, investing in the future means holding onto those twenty-something customers longer, well into their thirties, forties and beyond. 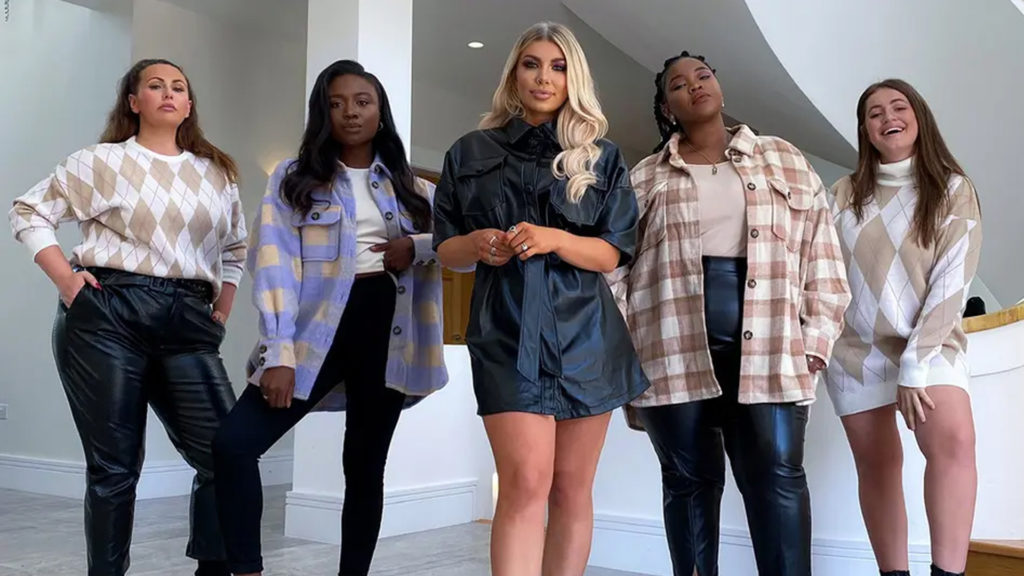