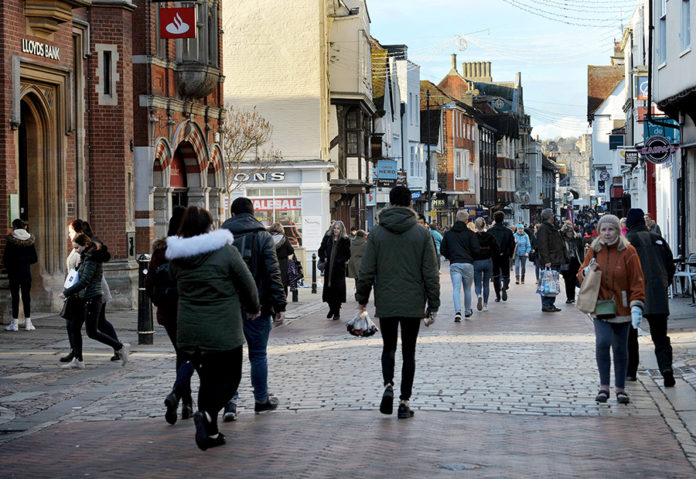 Footfall at the UK’s shopping hubs plummeted last month, making it the weakest May for six years as destinations struggled to attract visitors in the tepid weather.

According to the BRC-Springboard monitor, footfall was down -3.5% last month, compared with the same period in 2018 when it declined by only -0.4%.

The most severe drop was seen on the high street, with visits down by -4.8%. Retail park footfall was down -0.8%, while shopping centres saw a decline of -3.6%.

Poor weather was blamed for the change, after last year’s favourable conditions kept shoppers going back to the high street.

Diane Wehrle, Springboard’s marketing and insights director, said: “All destination types found it much tougher this May to attract customers, but the fact that the greatest impact was felt by high streets with a drop in footfall of -4.8% is not a surprise given the much poorer weather than in May last year.”

Nights were especially poor for high streets, with footfall down -5.4% in the evening and -7% at night as consumers were less inclined to go out for food and drink in the colder weather. This compared with a 1.9% rise in the previous year.

Wehrle said: “It is clear that consumers are being ever more discerning in their dining habits, and recent failures in the sector indicate both the level of competition and suggests that the everyday dining operators need to provide a more tempting food offer keep customers for the post-5pm spend slot.”

It comes just a few days after figures from BDO showed that high street sales suffered their worst May on record last month, with especially steep declines in lifestyle and fashion purchases.

The British Retail Consortium also warned last week that the retail sector had been hit by its biggest slump on record in May.

“The colder weather, as well as ongoing political and economic uncertainty, made many consumers think twice before heading out to the shops this May.”