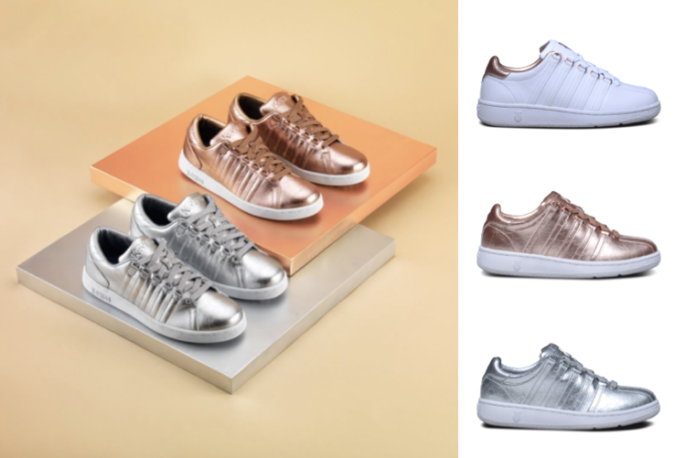 K-Swiss was founded in 1966 by two Swiss brothers, entrepreneurs who moved to California to pursue their dream of starting their own footwear company. As avid skiers they drew inspiration from leather ski boots to create the first all-leather tennis shoe. Both sports share the need for a tight fit that supports aggressive side-to-side movement.  This is how the K-Swiss Classic was born, and it remains one of the most influential sneakers of all-time, winning numerous awards for excellence and success over our nearly 50 years in existence.

The Lozan III aged foil trainer has landed.  We do love the heavy-metal effect and certainly the attention-grabbing gold and silver versions!  Three styles have just been released online exclusively in the UK and retail for £60.00.