With news breaking this morning that Oscar De La Renta creative director Peter Copping is to step down after two years and denials from LVMH that Nicolas Ghesquiere is on the exit ramp at Louis Vuitton, we round up the big changes at the world's leading luxury houses in the past 12 months. There have been a lot...

It's hardly surprising that creative directors are dropping like flies. Life at the top of a major luxury house is not for the faint hearted. Yes, the rewards can be great but the pressure is immense too. Today's creative chiefs don't just design two main collections a year but often up to eight when you take in Pre, Cruise, Resort, Couture, main line and diffusion line and other capsules the consumer demands (or do they really?) to keep the offer fresh.

Add to the mix the pressures the luxury market is facing as a whole with China moving more towards accessibly priced products and curbing their travel plans in light of world events (travelling Chinese had played a major part in the success of luxury brands' European and US success) and things like Brexit, as the IMF put it, "throwing a spanner into the works" of the global economy.

That's all before we get into the pressures of see now, buy now, social media campaigns, online sales, mobile sales and in-store experience. While a creative director may not oversee all of those directly (some do) they are responsible for the commercial success of a collection and need to understand the impact all of these factors have on their business.

The first sign of designer burn-out was back in 2010 when John Galliano departed Dior in sad and controversial circumstances when he was recorded making anti-semitic comments in a Paris bar, seemingly under the influence of vast quantities of alcohol. He admitted he had been drinking due to stress and spent a number of years working hard to come to terms with his addiction and making amends with the Jewish community. He has now returned to fashion and is heading Maison Martin Margiela.

For a while Bill Gaytens held the fort at Dior but that was never really viewed by the industry as a long-term proposition and so it wasn't. Dior appointed Raf Simons, formerly of Jil Sander, to the post amid much excitement. Simons was given about six weeks to produce his first couture collection, which was just a taste of the pressure to come and he bowed out after less than three years saying it was all too much. Though some argue his real beef was that he didn't have enough in his control and wanted complete control of the brand, something that apparently he will get when he formally joins Calvin Klein, which is expected to be announced any day now.

If you are struggling to keep up (you could be forgiven), here in a nutshell is what has happened at the top of fashion's biggest luxury brands of late.

2012 Raf Simons joins to replace Bill Gaytens who had been holding the fort since Galliano left in 2010.

2015 Simons steps down in a shock move, citing too much pressure. The search for his successor begins.

2016 Maria Grazia Chiuri of Valentino becomes the first female head designer of the historic house, which breaks up her long-standing design partnership with Pierpaolo Piccioli at Valentino.

2016 Slimane leaves the company. Rumours had been circulating for a while about his departure but whether you liked his designs or not (and some didn't and were even more upset when he dropped the "Yves" from the brand name), he made the brand a huge commercial success. Shortly afterwards Yves Saint Laurent confirmed that Anthony Vaccarello of Versus would take over.

Slimane's next move is unknown. He was thought to be in the running for the Dior post and interestingly sued YSL owner Kering to have his non-compete clause, which had been revoked after his departure, and the financial recompense that went with it reinstated. Kering lost and plans to appeal the decision. This led some to speculate that when it was clear he wouldn't be going to Dior he sought to have the clause reinstated to recoup the cash. Had he been going to Dior, having the non-compete lifted would have worked in his favour. This, however, is pure speculation.

2013 Nicolas Ghesquiere  joins Louis Vuitton (he was previously at Balenciaga) replacing Marc Jacobs who wanted to focus on this own label.

2016 Rumours have emerged that Louis Vuitton parent LVMH is considering replacing him at the head of the house with Jonathan Anderson who is currently heading up Louis Vuitton's stablemate Loewe (as well as his own acclaimed brand JW Anderson). These rumours have been denied but it's fair to say that most of the rumours that have circulated of late concerning big moves at the head of fashion houses have ended up being true, so this is definitely one to watch.

2012 Alexander Wang is named as the successor to Nicolas Ghesquiere who went on to head up Louis Vuitton (see above).

2015 Alexander Wang is announced to be leaving Balenciaga to concentrate on his own collection. Georgian designer and founder of the highly coveted Vetements label Demna Gvasalia is later named as Wang's successor.

2016 After much speculation the brand confirms that its joint creative director Maria Grazia Chiuri will be joining Dior. For a day or two it wasn't clear whether her design partner at Valentino, Pierpaolo Piccioli, would be staying but the Italian house confirmed soon after that he would be running it on his own.

2014 Peter Copping joins Oscar de la Renta, having been apparently anointed by de la Renta himself as his successor prior to his death. Copping had previously worked under Marc Jacobs at Louis Vuitton.

2016 Copping's departure is confirmed and no successor has been announced though Fernando Garcia and Laura Kim, the founders and designers of up-and-coming label Monse, are names in the frame having previously consulted at the house.

2014 At the end of this year, Kering owned Gucci confirmed the departure of its creative director Frida Giannini, who had been in the position since 2006 (though had been at the house much longer).

2015 Giannini leaves and is replaced by one of her team, Alessandro Michele. He wasn't a well-known name before taking the top job at Gucci but he was clearly a major talent and it's hard to think of a designer who has had as much impact on trend in the past 18 months than Michele. He is an ideas machine and his joyous designs have reinstated Gucci's stature as a must-have brand. 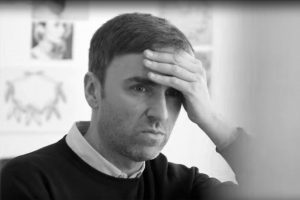 2016 The American house announces that its womenswear and menswear creative directors Francisco Costa and Italo Zuchelli would be leaving. This leads to feverish speculation that they would be replaced by one man: Raf Simons, previously of Dior. Apparently Calvin Klein is sitting on the news of Simons' appointment for contractual reasons but sources say he will be announced by August at the latest. What Calvin Klein has said is that the brand will be under the control of one creative vision moving forward. That single creative vision was apparently what Simons wanted at Dior but was never granted.

2015 Creative director Alber Elbaz departs, seemingly acrimoniously, last year after a 14-year tenure at the house and was replaced by Bouchra Jarrar who had been designing under her own name.

Rumours have emerged today that Elbaz might be joining Japanese giant Uniqlo in some capacity, but this is likely to be some form of design collaboration as Uniqlo has done many in the past including tie-ups with Jil Sander and Christopher Lemaire.

OK, so this one is slightly different but interesting to note nonetheless. Having been installed as chief executive and chief creative officer following the departure of then chief executive Angela Ahrendts in 2013 (she joined Apple), Christopher Bailey has been on a bit of a hiding to nothing with that joint role.

It's not a question of capability but the City doesn't like one person having too much power in a listed company and even someone of Bailey's unquestionable ability would find the demands of two of the businesses most crucial roles something of a stretch at times. He announced last month therefore that he would be relinquishing the CEO part of his role to Marco Gobbetti of Céline who will be joining next year. Bailey himself though will step into the new role of president, alongside his chief creative officer role (which caused some eye-rolling among analysts who still thought he wielded too much power). 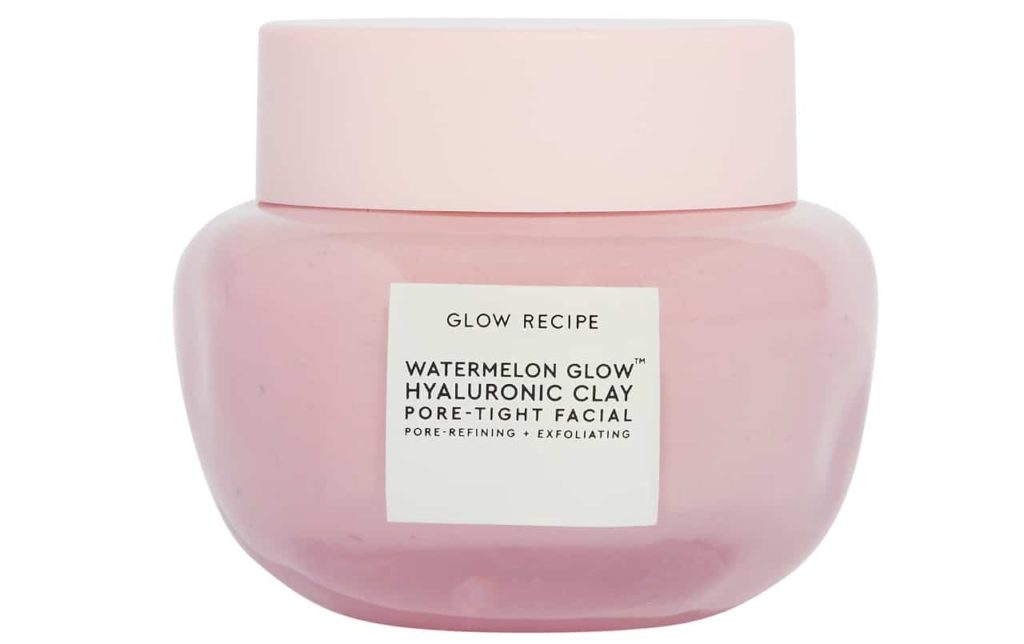 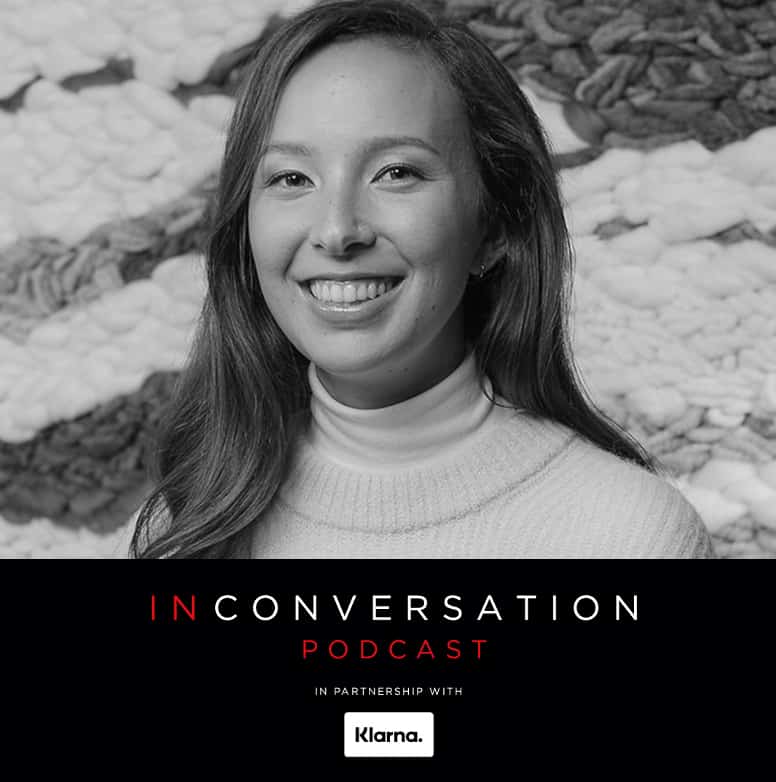 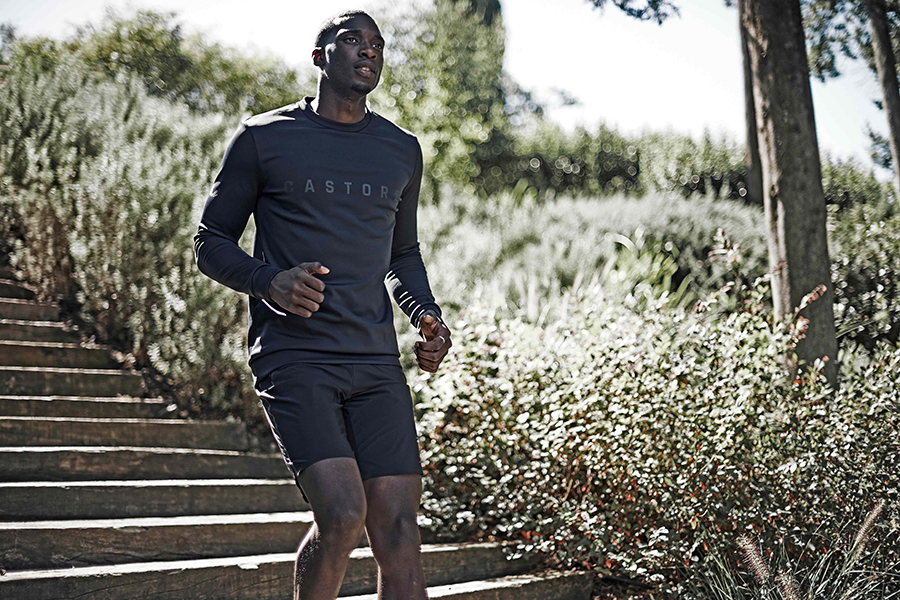