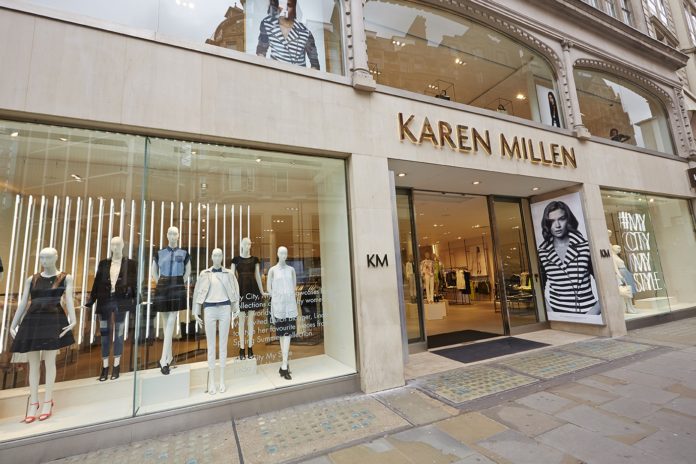 Karen Millen CEO Beth Butterwick has left the premium fashion business following the acquisition of the brand and its online business by the Boohoo Group.

Butterwick joined Karen Millen from Bonmarche in 2016, replacing Mike Shearwood, and set about repositioning the business as a global lifestyle brand signing a series of licensing deals in categories such as foowear, accessories and jewellery, and swimwear.

Last year she carried out the acquisition of the brand and online business of Coast, which at the time was also owned by Icelandic bank Kaupthing. However Karen Millen had been loss-making for years, losing £5.7 million in 2018 and £11.9 million a year earlier.

Kaupthing placed Karen Millen, along with Coast, on the market earlier this year and the brands and digital operations were acquired in a pre-pack administration deal by Boohoo. They are set to be relaunched as online only brands in early October and will offer Boohoo, which also owns PrettyLittleThing, Miss Pap and Nasty Gal, its first foothold in premium fashion.

For a short period Karen Millen’s 32 stores and both brands’ 177 concessions will continue to trade during the administration period. However it is expected many of the businesses’ 1,100-strong workforce are now vulnerable.

Following the acquisition on 6 August, some 62 jobs were lost and it is believed that Butterwick’s departure came along with another round of proposed redundancies in pattern cutting at the London HQ. Some staff are understood to have been offered roles at Boohoo’s Manchester HQ.

Butterwick is the third high profile high street CEO to leave their jobs this week. Monsoon Accessorize CEO Paul Allen announced his departure on 19 August one month after the business secured backing for a CVA from its creditors. It was then revealed on 20 August that Jack Wills CEO Suzanne Harlow had left following its acquisition in a pre-pack deal by Sports Direct earlier this month.