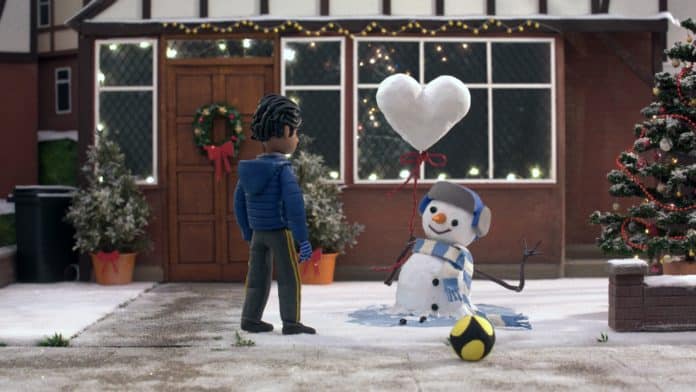 The John Lewis Partnership has said its latest Christmas advert highlights the kindness of the British public during the pandemic after it questioned whether it would be appropriate to make the ad at all this year.

The retail giant said it had considered shelving the production of its highly-anticipated annual marketing campaign but said charity partners persuaded it to go ahead.

John Lewis and Waitrose said this year’s advert, which was launched on social media at 7am on Friday, is also intended to spark further acts of kindness.

It said it hopes the campaign, which runs under the strapline “Give a little love”, will support families in need over Christmas.

The partnership said it is aiming to raise £4m for two charities – FareShare, which helps those facing food poverty and Home-Start, which works with parents who need support – through the campaign. It has pledged to match all customer donations up to £2 million.

Claire Pointon, customer director at John Lewis, said the company would “deviate slightly” from the style of previous adverts, due to the backdrop of COVID-19.

The advert, which starts with a boy whose football has become stuck in a tree and moves through a series of acts of kindness, switches from live action to various styles of animation.

The two-minute advert was created by agency adam&eveDDB, which also helped to produce a complimentary 30-second ad which carries a direct call to support the two charities.

In another step away from its traditional approach, for the first time the advert includes a specially commissioned song.

British soul singer Celeste wrote and recorded the track, titled A Little Love, with 10p from each download going to the charity campaign.

Customers of John Lewis will be able to buy merchandise related to the campaign, which will see 100% of profits go to charity.

John Lewis executive director Pippa Wicks said: “We recently set out our ambition for our business to be a force for good – so we decided that this year was the year to break the mould and do something different.

“We have a long tradition of helping support the communities which we serve, so, as we launch one of the best-loved assets, our Christmas ad, it’s fitting to take this one step further by working hand in hand with two incredible charities supporting families in need.”

It comes after a testing year for the John Lewis Partnership, which has cut around 2,800 jobs since the start of the pandemic as it closed eight stores and reduced its head office workforce.

In September, the group also told staff they would not receive a bonus for the first time since 1953 after it dived to a £635 million pre-tax loss for the six months to July, following a £470 million write-down on its stores.