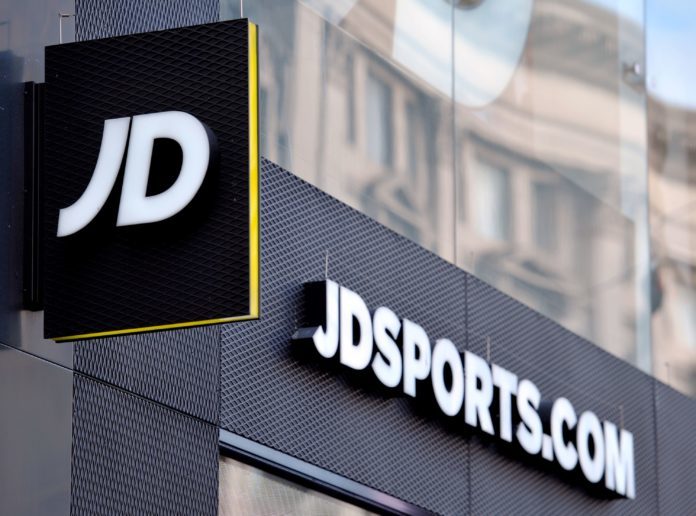 The UK competition watchdog has formally blocked JD Sports’ plan to buy rival Footasylum for £90 million, 14 months after the takeover was first agreed.

Officials at the Competition and Markets Authority (CMA) ruled against the move because it would “lead to a substantial lessening of competition”.

It said the takeover would “leave shoppers with fewer discounts or receiving lower quality customer service”.

JD Sports condemned the watchdog’s conclusion, describing it as “absurd” while the UK high street remains in lockdown due to the coronavirus pandemic.

However, the CMA said it found no evidence that the impact of COVID-19 would remove its competition concerns.

It added that JD Sports should be given “sufficient time in which to sell Footasylum”, given the uncertainty and challenges caused by the current crisis.

Kip Meek, chairman of the CMA inquiry group, said: “Our investigation analysed a large body of evidence that shows JD Sports and Footasylum are close competitors.

“This deal would mean the removal of a direct competitor from the market, leaving customers worse off.

“Based on the evidence we have seen, blocking the deal is the only way to ensure they are protected.”

JD Sports said it believes the regulator “failed to meet its objective of protecting consumer interests” and is now considering making an application to appeal against the decision.

It added that the decision “will be detrimental for Footasylum” and its 2,500 staff.

Peter Cowgill, executive chairman of JD Sports, also appeared to highlight the role of Sports Direct owner Mike Ashley, who publicly criticised the CMA over the investigation in October and argued that the acquisition could increase prices.

Cowgill said: “We fundamentally disagree with the CMA’s decision, which continues to rely on an inaccurate and outdated analysis of the UK sports retail competitive landscape, and is underpinned by outdated and flawed customer surveys.

“At the same time, incredibly, the CMA has been taken in by the self-serving testimony of one notoriously vocal competitor, who has made numerous public announcements confirming their ongoing investment in their elevation strategy and who has blatantly participated in the process for their own commercial interests rather than for the benefit of consumers.

“When the CMA published its provisional findings in February, we said at the time that they demonstrated a complete misunderstanding of our market to an alarming extent.

“Today, and equally frustratingly, in the midst of a global pandemic and with the UK high street in a state of complete lockdown, the CMA’s final decision is even more absurd.”

The watchdog had previously raised concerns over the high street retailer’s bid in March 2019 for Footasylum, warning that customers could be worse off with choice reduced.

Since lockdown, JD Sports has closed all of its UK stores, with major disruptions to the business, although the website remains trading.

The company had been expected to update the stock market in April, but due to the coronavirus outbreak this has been delayed.