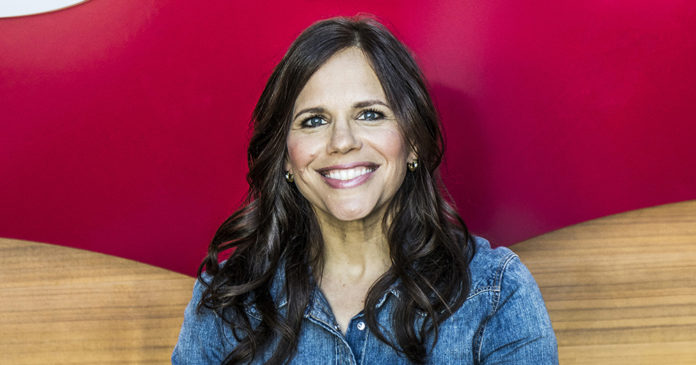 Founded in San Francisco in 1853 by an American Jewish businessman of the same name, Levi Strauss was the first company to manufacture blue jeans and thus create an item that would go on to be the cornerstone of men’s, women’s and kids’ wardrobe the world over.

But it’s probably fair to say that jeans only really took off in popularity more than 100 years after the business was founded in the late 1960s and early 1970s when they were adopted as part of the uniform for the era’s most high-profile musicians (among other important counter-cultural figures).

So significant was this era to music, fashion and youth culture that the V&A is currently staging an exhibition dedicated to its importance called You Say You Want a Revolution? Records and Rebels 1966 – 1970; appropriately this is sponsored by Levi’s who dressed many of the figures featured in the exhibition from John Lennon to the Ramones, Bob Dylan, Mick Jagger and Debbie Harry.

The business had only been approached to donate some items to the show (there are five Levi’s exhibits including a pair of signature 501s, 505s and a pair of original 1960s “Orange Tab” jeans that have been customided by the wearer), but, explains the brand’s CMO Jen Sey, who recently travelled to London from San Francisco to view the exhibition, it quickly turned into a full-blown partnership. “It was a natural fit,” she says. “[Levi’s were] the uniform for young people who have driven counter-cultural movements.”

But what was it about Levi’s that found such appeal among such a rebellious group of artists? Partly it’s because they are such a blank canvas – you can wear them your way; customise them; rip them; repair them; keep them pristine. But, crucially the brand itself stands for more than just a decent quality pair of jeans; hailing from one of the world’s most free-spirited cities, it has always championed diversity, inclusivity, creativity, and as Sey puts it, “doing the right thing”.

“The brand is bigger than the product. The product fits and it lasts and it’s high quality, but the brands that have the most intimate connection with customers stand for more than what they make, like Nike, Disney, Apple, Louis Vuitton,” she says. “When you wear a pair [of Levi’s] you will look your very best and be confident you are sending a signal to the world about your values. You wear them, they don’t wear you.”

While all of that is true, Sey still has a job on her hands communicating those messages to today’s constantly connected consumers and she still has to find new young rebels (i.e. the millennials) to appeal to. Today, that’s a complicated business.

The likes of Dylan and Harry, were they at their height today, would be cast in the role of “influencers” in a modern marketing strategy. And Levi’s does indeed work with influential musicians these days to help spread the word. It has a close relationship with Alicia Keys and at the launch of the V&A exhibition, Mercury Prize winning grime artist Skepta performed for instance.

But, increasingly, it’s the brand’s own consumers who act as the advocates and Levi’s actively encourages them to share their “stories” about their experiences with the brand on social networks. “The job [of marketing] has gotten more difficult than it used to be. It used to be you just made a commercial [more on that in a moment] but now it’s more complicated. You have to be constantly ‘on’ and you also have to relinquish a bit of control,” she explains. “But some of the core tenets are the same, people connect with stories.”

Indeed they do, Levi’s ads from the 1980s are the stuff of marketing legend. If you are too young to remember 1985 then it will be hard to imagine the global sensation Levi’s caused when it released its iconic (and in this case that word is entirely justified) “Launderette” ad featuring model of the moment Nick Kamen stripping down to his boxer shorts to “stone-wash” his jeans.

Kamen went on to launch a pop career after that ad and it introduced a whole new generation to the work of Marvin Gaye – his I Heard it Through the Grapevine single was used as the soundtrack and was subsequently re-released due to the ad’s popularity. There followed a series of similarly popular ads that all told mini stories centred around people and their relationship with their jeans. The soundtracks were always big hits, thus underscoring Levi’s strong connection with the music industry.

So good were these ads that you almost feel that today’s consumer is rather missing out and one wonders whether Sey perhaps misses them too? “The world is different,” she says. “Traditional advertising still works well for us we still get good ROI from TV and print but we do lots of different things now; we had a presence at Coachella and we hosted the Superbowl at the Levi’s Stadium. Social media is less about launch moments.” So, maybe no more Launderettes, but that all still sounds like fun nonetheless.

It’s not just marketing trends that have changed though. Fashion trends are much more fast-paced too and denim has not been immune. We have, since the mid-90s, seen the rise of premium denim to the point where a price point of under £200 a pair is a pleasant surprise. And then there is the relentless rise of Athleisure, which many have suggested is the one trend that will force people (though certainly not this writer) to ditch their jeans for good in favour of lycra leggings or sweatpants.

Sey is across all of this – of course she is – but believes it’s important for Levi’s not to stray from its path. And, anyway, the rise of premium denim has in fact been helpful in that it has made denim far more acceptable as an option for everything from workwear to eveningwear, when it was previously just seen as a “weekend option” she points out. On top of which the favoured brands in that space do tend to “rotate” every two-three years while Levi’s has been around for more than 160.

As for Athleisure, well, there are situations where it’s hard to see that replacing jeans any time soon. “What we believe to be true is that there is room for both in a woman’s wardrobe,” she says. “There are still lots of places women won’t be wearing [Athleisure] like going on a date or on a Saturday night.”

“We just need to be who we are, stand our ground and assert our leadership as the inventors of the category,” she concludes. Even though this is a brand with a rebel spirit, there is something quite comforting about it too, so that it very good to hear. 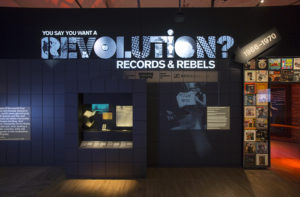