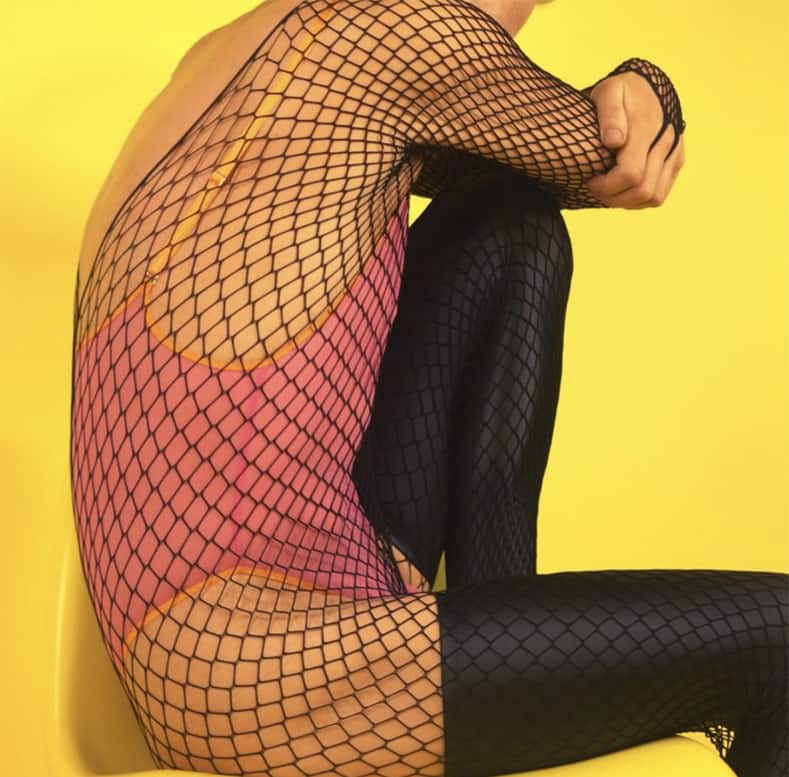 Underwear sales have flown during lockdown and a new trend has emerged in men’s under garments - lingerie. Brands such as SDL intimates, Moot and Exterface are catering for this new demand and promoting a fresh male image.

This is an image where men aren’t imitating women, but are embracing the materials and styles often associated with women’s lingerie in product designed and made specifically for their body shapes.

“We don’t do bras, men don’t have breasts. We do a basque with an open chest.” says Jules Parker proudly, founder of Moot Lingerie. www.mootlingerie.com When dad-of-three, Parker, 55, isn’t conserving old vehicles in his workshop in Uckfield, East Sussex, he’s thinking of the next design to add to his nascent men’s lingerie brand. Moot’s slogan is "The Underwear Revolution", and is a collection of made-in-England lingerie pieces designed to fit a man’s body.

“I started the idea 5/6 years ago. I wanted something I would want to wear that wasn’t pretending to be a lady, but had the same design build and quality that lingerie has and that was made to fit a man,” says Parker.

He cites history as his inspiration with the male once being the more flamboyant of the genders. “Lingerie is a way of decorating a body,” he says enthusiastically. Moot officially launched their ethically-produced lingerie for men, handmade by an all female team in Yorkshire in Spring 2020.

When looking for a company to produce his ideas he found many who produced product for cross-dressing. “I was very happy being who I was. I didn’t see myself buying from a company like this, where it is designed to tuck any bits away.

“I wanted to celebrate what we have and take your eye to that very part of your body. Moot product presents men with a full looking package and celebrates the male body,” says Parker.

“Fifty per cent of our sales are to women and I assume they are buying for their men.”

“I met a wonderful lady who runs a company in Leeds called ‘Something Wicked’. Very bondaged-based, beautifully made and very expensive, and I had long conversation about them collaborating,” he says.

Moot Lingerie makes 20 products in small batches with a made-to-order option in any size at the same cost. Prices range from £30 to £200 for a collection of products including thongs, suspenders, lacy boxers and open-fronted knickers.

“The big difference, with regards to making something to fit a man as opposed to a woman, is most obviously men didn’t have hips. Women’s is often high cut and sits on a hip, for a bloke it rather falls down.

“We’ve dropped the cut line down to sit just below the tummy line and any additional support we try to add to it. It’s pretty much the same once you’ve got the patterned sorted out.”

Moot’s current best-seller is the ‘Westwood’, a suspender belt and low sitting corset where the briefs clip on. As for the customer, “Fifty per cent of our sales are to women and I assume they are buying for their men,” says Parker. “The reason? The partner saying I quite like that, the female knows the partner well enough to say, I think he’ll like those.”

“For a lot of people, it’s quite a challenge, they want to do it, there’s desire, but they think ‘I should be wearing boxers’. They will be on the site 5/6 times and then they pluck up the coverage to buy some. When they’re bought, we get a lot of repeat orders and the vast majority of people are ordering time and time again,” he says.

According to Moot, the two main types of guys buying are the 45-plus guy who has the confidence and disposable income to not care what other people think and young men who are a lot more open-minded.

“I have three teenage sons, 19,16, and 14, and for them it is not even a consideration, it just what dad wears,” says Parker. “It’s moved on, today, they wouldn’t think twice, and that’s how it should be. The younger generation is open to decorating, having fun, while older guys don’t really care what people think.”

"Lingerie is lingerie. It’s a beautiful garment that is an injection of confidence for anyone who wears it."

Alex Fassam, Fashion Writer, who has written for intimate brands such as Agent Provocateur and Melissa Odabash, says: “I get a little perplexed when brands describe their products as ‘male lingerie’. I get it from a differentiation standpoint, but to me, lingerie is lingerie. It’s a beautiful garment that is an injection of confidence for anyone who wears it.

“Big brands are taking bigger risks and relinquishing their grip on what compromises ‘male’ or ‘female’ clothing. I think from a consumer perspective, people see the likes of Harry Styles, Billy Porter, or even robotics engineer Mark Bryan, and see them almost saying 'who says I can’t wear this because of my gender?’. Whilst celebrities didn’t invent gender fluid clothing, as always – it trickles down very quickly.”

Who are the brands doing it well and why? “SDL intimates – unique grasp on creating effortless pieces that fit the male body but are just cut from stunning fabrics and pretty colours. Adhering to men’s needs to want luxury lingerie/intimates. Not all of us want a Calvin Klein box of three in TK Maxx,” says Fassam.

“At the moment I can’t see high-street stores adding male lingerie to their offering. I think it’ll be the Instagram up-starts that really dominate this market and create those fiercely strong customer bases that just GET what they’re all about,” says Fassam. “Will more diverse designers add this to the mix? Possibly. Maybe this will cause the zeitgeist of male lingerie to really explode. As we immerse ourselves more into a Gen-Z mentality of fluid gender, perhaps male lingerie will become mainstream,” he says. 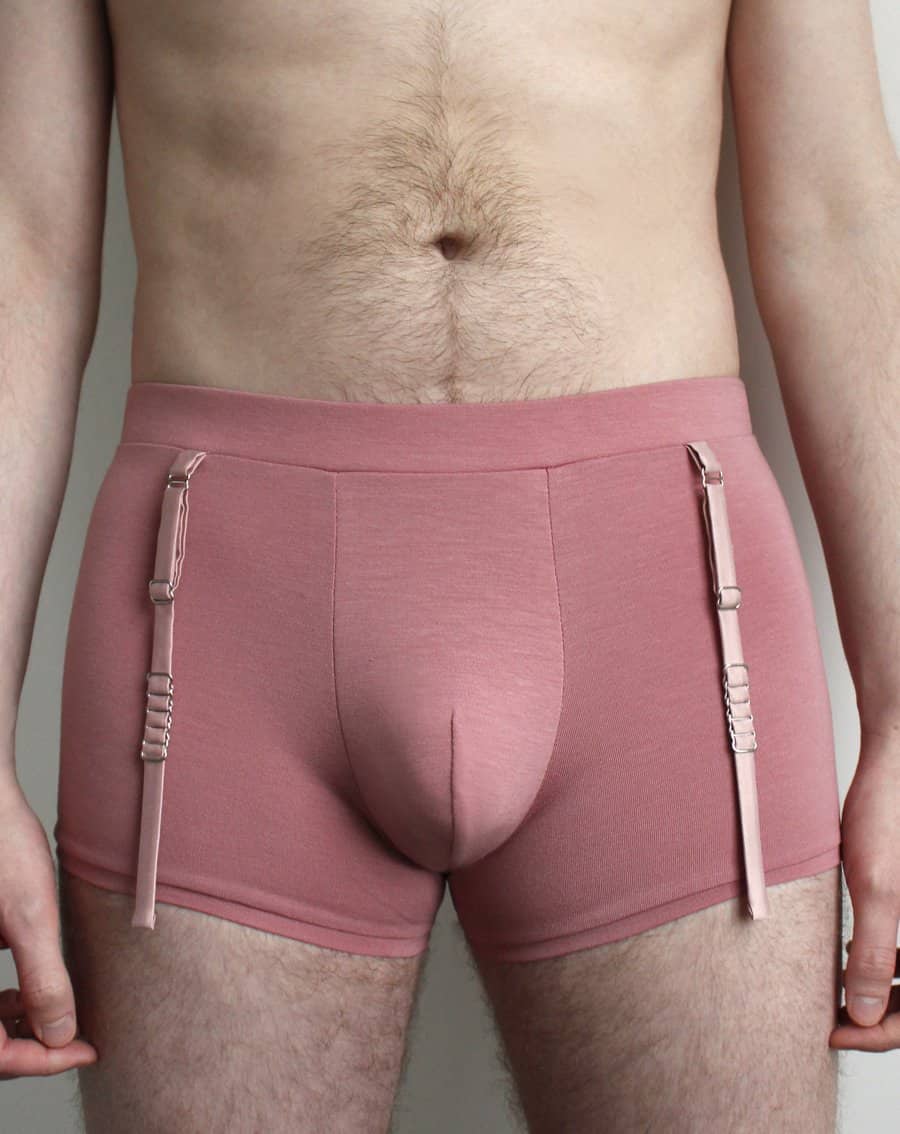 Samuel Lucas, founder and designer of SDL intimates -  www.sdlintimates.com - a luxurious men's intimate apparel/ lingerie brand, says: “The brand’s name comes from my initials 'SDL' and intimates is a reference to the nature of the garments I create.

“I wanted something that represented me but also embodied the softness and beauty of the designs. Intimates feels more appropriate than underwear as my collection has the potential to expand beyond just this specific category. Underwear is designed to be worn under other garments, whereas my intimate designs are made to be shown off with their design details,” he says.

“I think that considering elements of female lingerie construction has allowed me to think outside of typical men’s underwear construction techniques to design an elevated and luxurious product,” says Lucas.

"I would consider male lingerie to be designs that go beyond function and have beauty in their design aesthetic."

SDL intimates are priced at £50 for satin briefs and trunks featuring suspender details, all ‘consciously crafted’ in London.

“Male lingerie, for me, is quite broad and can include a lot of different products.’ says Lucas. “I would consider male lingerie to be designs that go beyond function and have beauty in their design aesthetic.

“I think the trend has come from a broadening view of fashion and masculinity. Men and lingerie is not necessarily a new concept, but just one that is more visible as expressions of different masculinity become more prevalent in society. Male lingerie fuses fashion and function, allowing the male consumer to engage with the feeling of shopping for lingerie and purchasing special underwear,” he says.

“The customer base for SDL intimates is quite broad in regard to demographic, but mostly the customer is a male who is interested in design and feeling great in underwear. Male lingerie is not necessarily the everyday piece to be worn, but something special and luxurious that makes you feel sexy. My customer is a man unafraid of embracing typically feminine design detailing and fabrics,” says Lucas.

“I really see the niche expanding and increasing with new brands. Some underwear brands have a monopoly on mainstream appeal, but I see that the trend will continue to become a solid part of the industry. Consider how many mainstream brands are now making jockstraps, a move that normalises more revealing styles and this will only cement more expressive ‘niche’ designs and smaller designers in the marketplace,” he continues.

Have men’s underwear retailers noticed this shift and seen an increase in demand for men’s lingerie? Adam Davies, partner in Deadgoodundies.com, specialist online store dedicated to men's underwear, says: “Male lingerie is more delicate and sensual, accentuating, revealing and celebrating the male form, but still a step back from fetish.

“In 2002 HOM's French designers launched what was at the time a more surprising range called HOM 3001, overtly adopting the styling of lingerie for men. This was one of the first steps into mainstream male underwear sales and the trend has continued steadily since,” says Davies. “Male lingerie is always with a niche appeal, but remains a core category in men's underwear sales, especially for online retailers like us because men can shop and ship in private.”

“Over the years, 3001 has metamorphosed into HOM Temptation boxers and briefs today, now joined by lingerie themes in other brands, especially Joe Snyder whose lace thongs and micros are always in demand, and now the updated Clever Moda collection.

“But for us, German brand Manstore has taken male lingerie to a new level with its M2600 pieces, which layer black floral lace over red mesh, finished with tiny bows. They have even included a spaghetti strap camisole to go with matching shorts, a micro brief, tanga string, R-shirt and a deeper brief with a half thong back,” he says.

“Male lingerie sales aren't going to explode, but nor do we expect them to decline. There is a good balance between the offer and demand, though at deadgoodundies.com we are always in search of more strings! The only thing we know is missing is a good lingerie washbag for men,” says Davies.

Male lingerie isn’t cheap, so this isn’t an impulse buy. It’s also not about necessity even though we need underwear. It’s about men looking at underwear differently, in the way women have for years, as a luxury, an indulgence and something special which makes them feel good.

It’s also worth pointing out how many of these new brands consider the importance of making and ethical side of manufacturing within their businesses. It relates to the caring approach of their products.

Male lingerie isn’t one of those wishful thinking men’s trends, it’s actually happening and it’s all over social media. Guys with their alt-Twitter accounts are wearing what they want and showing it off to the world. They are showing how it looks cool rather than simply the sexual and fetish side.

Any large underwear brand, male, female, or genderless, should be looking at this trend and thinking how experimental men are becoming and what an influence all of this will have on the market.

Wouldn’t it be interesting to know or guess what Harry Styles in wearing underneath all that Gucci? That’s a brand which could run with this. It’s time for established underwear brands to get more intimate and it’s not enough just to add lace or satin to already existing styles.

“I suspect, the more successful we become, other companies will try to move into the market,” says Parker. “We’re completely open and transparent and 99% of the photographs on the website have me in. I sometimes like to put fishnet stocking under my jeans just to go to the pub,” he says. 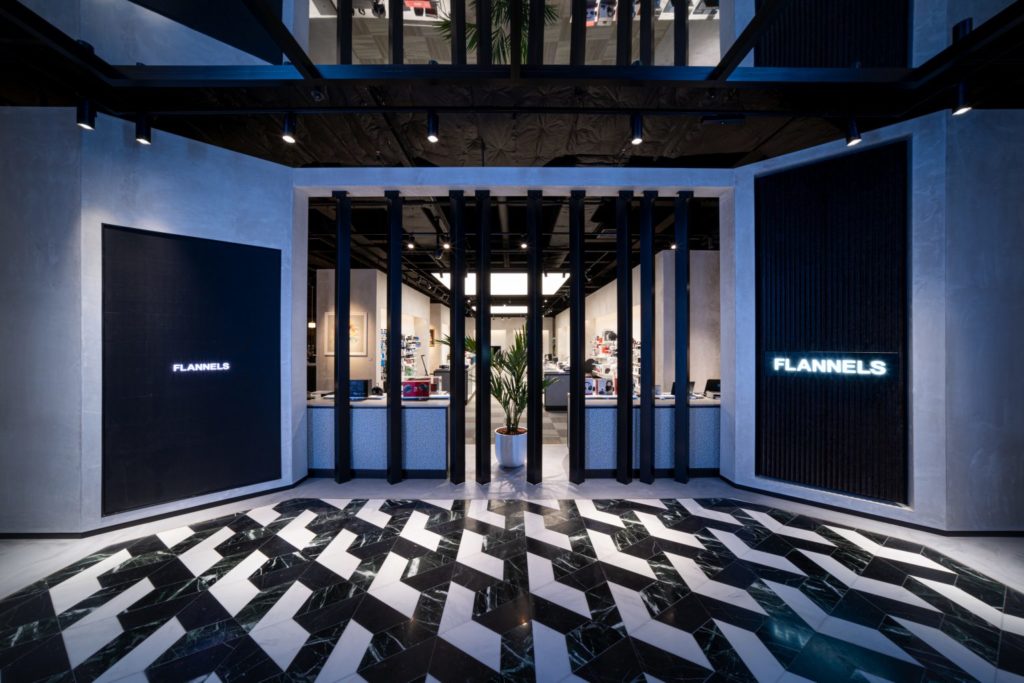 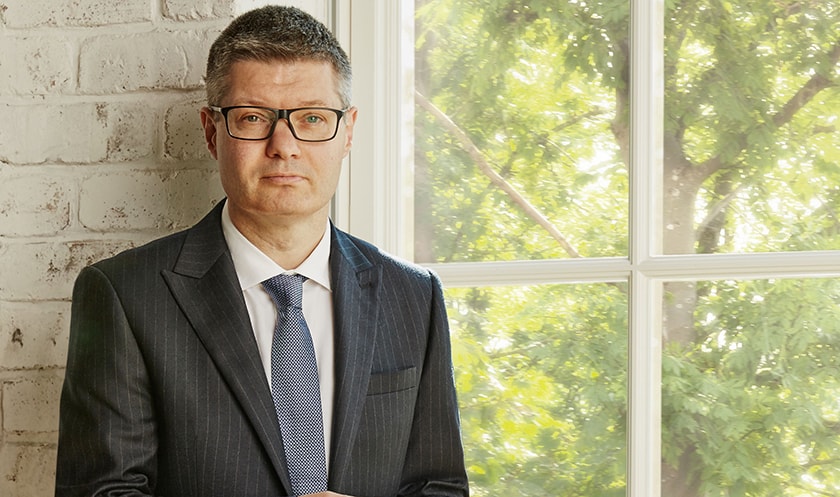 Finance
Next boss Lord Wolfson calls for higher business rates on...
TheIndustry.fashion
1 2 3 … 3,349 Next »