Just Around The Corner (JATC) organiser Juls Dawson says he has learned a lot from the second JATC Manchester edition of his trade show after this week’s two-day event saw weak support from menswear buyers contrasted with much higher attendance from womenswear retailers.

“Our overall numbers were up on last season, thanks to womenswear buyers, but I am puzzled why the menswear success of our inaugural Manchester edition in January was not repeated this season,” he commented.

“I am disappointed for the menswear and footwear exhibitors in particular and I apologised to them during the show. It could be that we underestimated how many buyers would be on holiday as this is the first post-COVID summer they could get away.

“I also wonder if we were a bit late for menswear this season as it seems quite a few brands have already closed their books as a consequence of trying better to manage supply chain issues.

“On the plus side, I am encouraged by the reaction to our enlarged womenswear offer, including The Edit, our section for more elevated brands. Also I was pleased to see the new brands in our Sustainable fashion section were happy with the retailers they met.

“I have had a lot of messages since the show ended from exhibitors and buyers who were very happy.”

On Tuesday and Wednesday about 150 brands were represented at the Freight Island venue in central Manchester, which is a Victorian former railway depot. The JATC show was developed out of Dawson’s Just Consultancies fashion agency, which itself showed eight collections at the event.

The first JATCs, which presented menswear and womenswear separately, were held in London in September 2021. Dawson, a Manchester native with more than 20 years’ experience of many aspects of the industry, added the northern edition, combining men’s and women’s wear, in January this year and ran the same format in London in February.

This season’s London edition, again showcasing men’s and women’s collections, will run at the Truman Brewery in London on Sunday to Tuesday, 7-9 August.

The Manchester event was conceived to provide suppliers with a platform to reach northern buyers who historically have been loath to visit London events. Lauren Brown, owner of the adjacent Sisters boutique and Misters menswear shop in Falkirk in central Scotland, is an enthusiastic fan of the concept and location.

“JATC is good for me as I have to buy for both my businesses,” she said. “By coming to the show I ended up buying from a womenswear collection I probably would not have gone for by just looking at it on Zoom. I like that I can come to Manchester, do the show, go to some showrooms in the city and then check out a few stock houses. It being here makes good use of my time.”

Jan Shutt of renowned womenswear store Sunday Best in Rawtenstall, only 18 miles outside Manchester, was pleased to have discovered James Steward, a new Yorkshire-based dress supplier, at JATC. “If I hadn’t have come here, I wouldn’t know about them,” she observed.

London-based exhibitor Dylan Chadha, who was showing some immediate-delivery styles of his Louche womenswear collection as well as the spring-summer 23 ranges, felt the show had delivered its promise: “This has been another great JATC show that has helped us further grow our presence in the north. Some fantastic new accounts from across the region bought into Louche for SS23. Roll on London and then next season.”

Jam Agencies has its main showroom in Manchester, only 10 minutes from JATC. Despite this proximity, managing director Kally Shukla brought Religion Women’s, St Tropez, Haven and eb&ive to the show and said it had delivered the right buyers to her stands: “This is our second JATC edition in Manchester and it again allowed us to see a good proportion of our Scottish and northern accounts, and to open new ones. Buyers remarked they liked the size of the show and its relevance in every department. We are now looking forward to the London event.”

Lucy Walsh brought four collections from her London-based The Brand Ambassadors womenswear agency to The Edit section and confirmed she would probably try it another season.

“The show brought together a very good brand mix. It was the first time JATC had tried collections like mine, with dresses retailing for around £250. I saw very good northern boutiques like Hope in Clitheroe, Black White Denim in Wilmslow and Sunday Best, plus more Irish buyers than I was expecting. I opened four new accounts for my Sirens London label, which alone made it worthwhile.”

Walsh was one of the womenswear exhibitors who suffered when an electrical contractor failed to install stand lights at the last minute. Others had to contend with rain coming into the venue on the first morning.

“I worked for several years on Pure Womenswear in London and I know problems like this can happen at any show,” Walsh said. “Juls and his team worked really well to keep us informed and make things as good as possible but he needs to consider whether this is the right venue for premium womenswear.”

In other sections, exhibitors were puzzled by patchy response, especially as other shows aimed at independents have seen brisk traffic this season.

“It’s very late for menswear, so the buyers have already spent their budgets,” said one unhappy first-time exhibitor. “Anyway, most don’t look to intro a new brand for the spring-summer season unless it’s really on fire.”

“The timing is early enough for footwear buyers, so there is nothing wrong with the dateline,” remarked Mike Wyld, sales area manager for Spanish brand Camper. “Monday was slightly better than Sunday, which was poor for us. I had come to JATC straight from what had been a busy two-day show for our group at the more mainstresam Harrogate womenswear show. I saw buyers I’d seen at Harrogate in Manchester, but they seemed more interested in clothing here than footwear.”

Matthew Rawlings, commercial director for long-established menswear brand Remus Uomo, which has expanded from its tailoring heritage with a casualwear offer, felt the two days had been time well spent: “We did the London JATC in February but it was our first time in Manchester. Footfall was probably a bit less than expected but the show had been very well marketed, so it’s hard to explain why. Juls and his team have worked hard to create a good experience, providing everyone with free coffee, drinks and food.

“In a market sector where our brand is not well-known, we opened conversations with six new accounts and had a very useful and unexpected meeting with a very large key account we did not expect to be at the show.

“Now we are looking forward to the London edition on Sunday.”

The laid-back and funky feel of the show, very much like the defunct Bread & Butter shows in Europe and Jacket Required in London, was generally enjoyed but some exhibitors felt a nice vibe is no consolation for lack of buyers.

Dawson believes in trying new categories at JATC. This season he put a small group of sustainable fashion brands at the front of the show. British brand Komodo, a JATC regular, has been championing eco-fashion for 35 years. A newer arrival at the show looking for more mainstream accounts was fast-growing Passenger Clothing, a New Forest-based company that celebrates 10 years in business this autumn.

A newcomer to the UK is Outerknown, an LA-based sustainable brand set up in 2015 by surfing legend Kelly Slater. Lesley Johnston, who worked for Barbour for 20 years, is handling UK sales and was pleased with the exposure JATC had given the brand, especially with some larger players.

Although it is targeted at indies primarily, JATC attracted buyers from Next Online, The Hut Group, Internet Fusion (Country Attire and Surfdome), Tessuti and Scotts (both part of the JD Sports Group), JD Sports itself, JD Williams (Jacamo and Simply Be), Soletrader and Footasylum.

Dawson already is looking forward to early 2023, when he plans to add new sections for beauty, skincare, fragrances, homewares and jewellery. “We want to give a lot of buyers a lot of reasons to come to Just Around The Corner,” he said. “The early signs are positive for next season from women’s brands indicating they are keen to return. Many prospective exhibitors visited this week and seemed keen to come on board for Manchester’s January edition. But first I want to enjoy our three-day London edition, which is a sell-out with around 175 collections on show. Buyer pre-registrations are 30% on last season, so we are hoping for a strong attendance at the Truman Brewery.”

Eric Musgrave comments: I have been friends with Juls Dawson for almost 20 years and I was very pleased when he hired me, as a freelance commentator, to take over the Instagram feed for JATC in Manchester. It was fun to work the show with Teresa Paul, a long-time buddy of ours and another fully-paid-up member of the Manchester fashion mafia.

Having seen busy independent-focused shows at INDX and Harrogate this season, I was surprised and disappointed with the relative shortage of menswear buyers in particular at Manchester. Indies have a window at the moment to reaffirm their importance to the market and they need to get out and about to look for new merchandise to keep their offer fresh. They need to support the brands that support them.

In my 40-plus-year career I had stints working on exhibitions during my EMAP days. A good show stands on three legs, provided by the organiser, the exhibitors and the buyers. If one of those doesn’t measure up, the show does not work. If northern and Scottish buyers want local shows – and there are enough of them to make that a viable prospect – they need to make the effort to turn out and support them.

Juls may find that even though he started Just Around The Corner as primarily a casual menswear and streetwear show, there is a bigger and more worthwhile prize to win by concentrating on womenswear. He is not the first person to discover that when running a UK fashion trade show you cannot please all the people all the time. 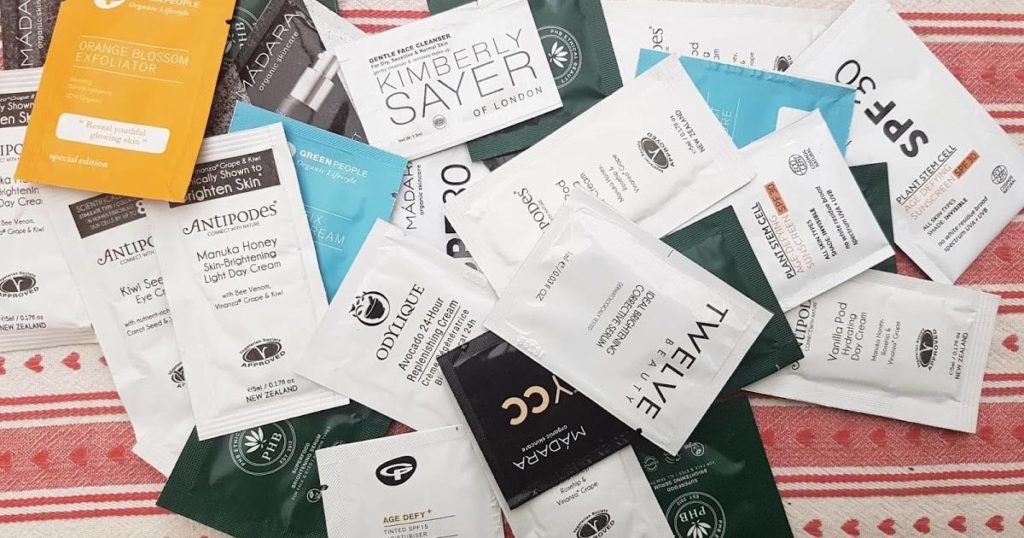 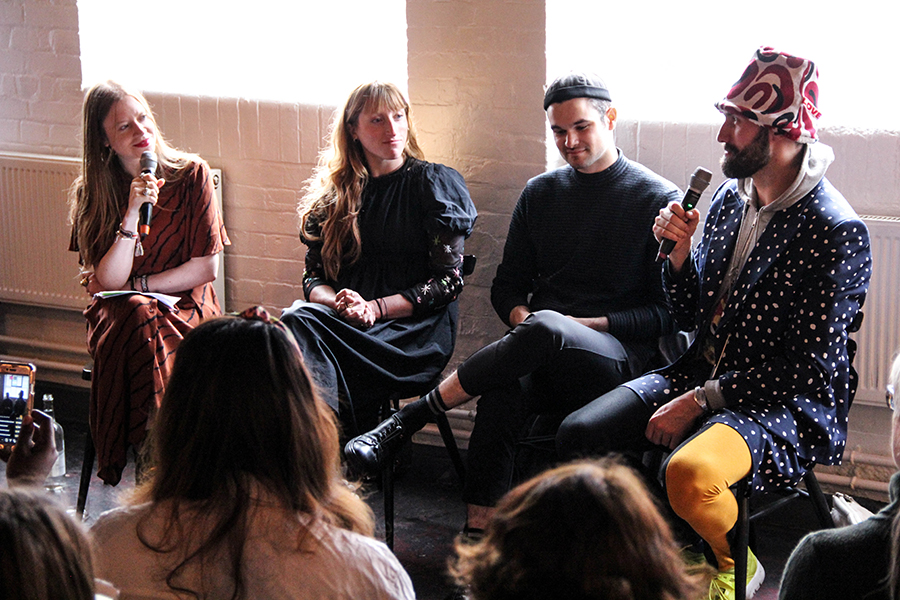 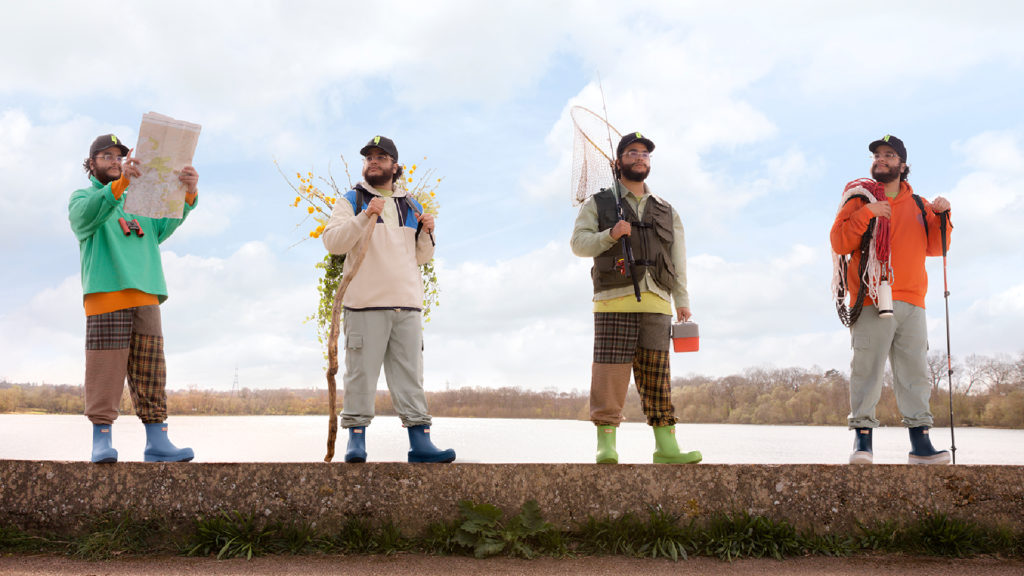