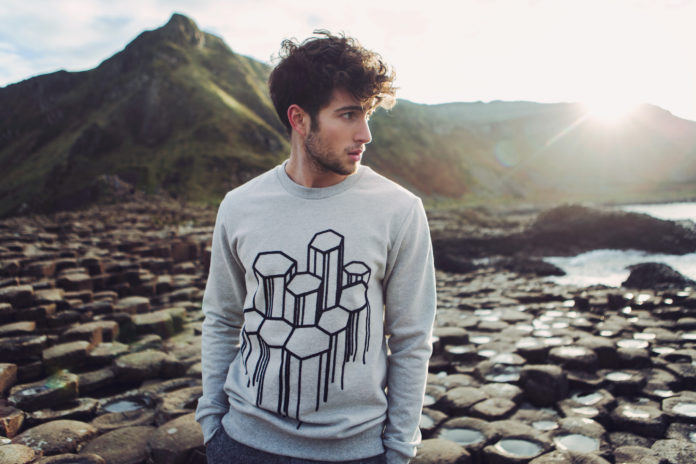 I am a fervent supporter of British and London based design talent, but it’s somewhat uncanny that the last three menswear brands I have encountered are all French!  Is there a quiet revolution taking place in Paris menswear one asks? Following my musings on AMI (first UK store has opened on Duke St, Mayfair) and Homecore-Paris (stocked at Dover Street Market, Haymarket), the next brand that has popped onto my radar is PATRONS.

PATRONS is a brand of ready-to-wear and accessories for men created in 2012. From athlete to senior executive, PATRONS offers clothes that fit perfectly any profile through contemporary collections, compatible with daily life. PATRONS aims to introduce its universe through its collections, its video lookbook, its journal but also by opening to the public its design workshop in Paris. The brand’s motto is “To be the patron of your own style”.

Designer Vincent Schoepfer a graduate of ESMOD, earned his stripes at a technical level there and learned to refine his style. His permanently agitated imagination and his intense need to go beyond quickly lead him to act and share his universe.  After the creation of the ephemeral shop “Le Garage des Créateurs” from 2001 to 2004 at the Avignon festival, his collection of womenswear presented at the Who’s Next tradeshow in 2005, Vincent Schoepfer decided to specialize in the creation of menswear after the Dinard festival of young designer in 2006 and a special prize received from Paris town hall.

He created his eponymous brand and also started freelance activities until 2012 when he joined the brand BWGH as Head Designer. As Artistic Director of PATRONS, his will is to introduce his work, approach, and sensitivity associated to the brand values while developing an ambitious but realistic trade potential.

Relaxed tailoring and outerwear in wool tweed, silk and cashmere all feature for AW16 and has been inspired by Irish Folklore, featuring a colour palette of sea blue, greens from the Emerald isle and mineral greys. This season the brand has worked with French milliner Pauline Brosset using beaver felt, wool and tweeds for a new hat collection.

The brand PATRONS has been created around three fundamentals: solid and well thought out collections, offering a mix of timeless pieces and more trend-led styles a competitive pricing architecture, and finally a engaging connection with its client base who actively participate in the development of the brand. It is now available in approximately 20 shops in France, Japan, United Kingdom, Spain, and Switzerland. Prices range from €50 to €350.