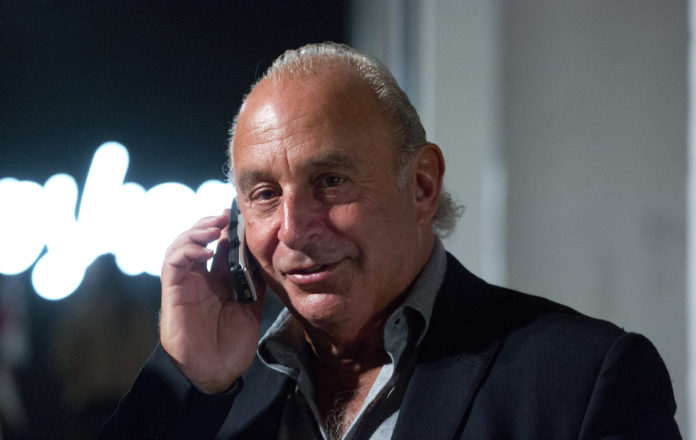 A US investor in Sir Philip Green’s fashion empire has sold its stake in the Topshop brand as the company works on restructuring plans.

Two Leonard Green directors also resigned from the board of Arcadia last month.

The firm said its move “simplifies the shareholding structure” of Topshop and would allow the Arcadia board to focus on restructuring options.

It was revealed earlier this year that the group – which also owns Dorothy Perkins, Burton and other clothing brands – is mulling over a range of options which could include a Company Voluntary Arrangement (CVA).

Leonard Green paid a reported £350m for the stake in Topshop/Topman Limited (TSTM) back in 2012, valuing the group at £2bn. The investment was touted as the next step for the brand in its quest to break into the American market.

A spokesman for Leonard Green said the firm “remains supportive of the business and has the opportunity to repurchase its stake in TSTM in the future”.

Arcadia’s restructuring plans have already attracted the attention of MP Frank Field, who chairs Parliament’s Work and Pensions Select Committee and has been a long-term thorn in Sir Philip’s side.

Following reports that Arcadia will halve contributions to its pension fund as part of efforts to cut costs, Field said on Wednesday that Sir Philip was up to “old tricks again”.

He said: “Does he really think he’s going to get away with his old tricks again? Run the business down, pocket whatever cash is left, stiff the pensioners and sail off on the Lionheart leaving employees, pension schemes and his long suffering creditors in the lurch? Not if we have anything to do with it.”

Field has written to The Pensions Regulator (TPR) asking what factors would be taken into account when considering the proposal to slash pension contributions.