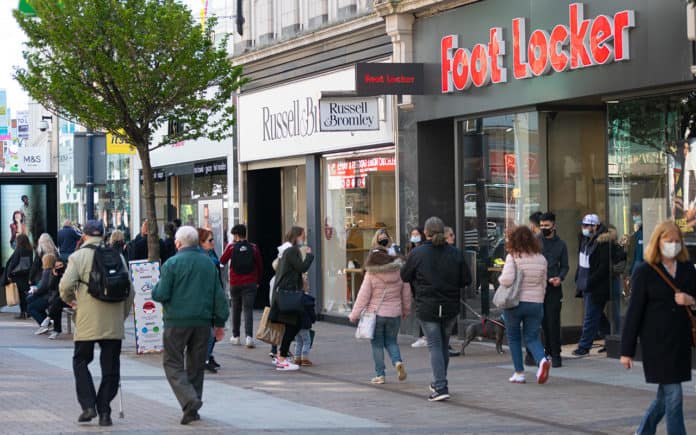 The Treasury is to extend the current ban on evictions for unpaid commercial rent past the end of this month and into 2022, after delaying the easing of further Covid restrictions.

The ban, which stops landlords from taking tenants with rent arrears to court, was due to end on June 30 but will now be extended to 25 March 2022 – two years after it was introduced – Chief Secretary to the Treasury, Stephen Barclay has announced.

A new arbitration system would also come into force in a bid to solve disputes between landlords and commercial tenants affected by the coronavirus pandemic.

Making a statement on the economy in the Commons on Wednesday, Barclay said he believed the extension of the policy “strikes the right balance between protecting landlords and supporting those businesses that are most in need”.

On Monday, Prime Minister Boris Johnson said plans remove remaining pandemic restrictions on 21 June have been pushed back to 19 July amid concerns over the spread of the Delta variant of the virus, which was first identified in India.

Hospitality and retail leaders had called on the Government to extend the current rent moratorium and provide further financial support.

Data for the first quarter of 2021 has revealed that only 74% of rent was collected by landlords 60 days following the end of the period after tenants were battered by the pandemic.

The Government is also not expected to alter planned changes to the furlough scheme following the delay.

Currently, the state will cover 80% of wages until the end of this month, with this tapering to a 70% subsidy next month with at least 10% covered by employers, and reducing until it is removed at the end of September.

The BRC welcomed the move and said it had come in the “nick of time”. CEO Helen Dickinson said: “This is a very welcome announcement, addressing an issue of vital importance in the nick of time. We will be looking closely at the details, but welcome the continued support provided by Government to businesses.

“Just as retailers feared a wave of legal action by landlords, the Government has stepped in to offer both landlords and tenants more time to negotiate. The last 15 months have seen extended periods of forced closure for retailers, preventing many from making the turnover needed to cover rents.

“Retailers need time to trade their way out of debt; this announcement does exactly that. We’re also pleased to see the Government adopt our proposal for binding arbitration where agreements between parties cannot be reached.”

But the British Property Federation CEO Melanie Leech, opposed the move: “The Government has failed to recognise that commercial property owners are essential to the health of our town centres – to creating economic growth, jobs and opportunity.

“The majority of property owners have already reached agreement with their tenants on rent, and millions of pounds have been provided to the most vulnerable tenants in the sectors most impacted by Covid-19. That support will continue in light of the delay in the recovery roadmap for those businesses that need it.

“The property industry itself proposed this idea of ringfencing rent arrears for the most vulnerable tenants hardest hit by Covid19 – to provide more time for these tenants and their property owners to reach agreement, where they have not already done so, on rent debt built up during the pandemic. Whilst it is positive that the Government has taken this forward, there is no justification for delay. Most businesses are now open and trading and the legislation required to focus protection on the most vulnerable and to create a clear exit path to deal with rent arrears should have been put in place for the end of this month when the moratoriums are due to expire.

“Instead, another blanket extension to the moratoriums will provide further opportunity for those well-capitalised businesses who can afford to pay rent, but are refusing to do so, to continue their abuse of government and property owners’ support and will cast a long shadow over future investment to build back better.”

Duncan Lillie, partner at property agent Shelley Sandzer, said the move would simply “defer the problem to another day”.

“The government’s decision to extend the moratorium until March 25 next year is anything but helpful. It not only defers the problem to another day, it actually makes the position worse for those landlords and operators that have yet to reach an agreement.

“Now more than ever, landlords and tenants need to engage in meaningful discussions if they have not already done so as they are clearly not going to get any help from the government.

“Collaboration, co-operation and communication, the three tenets we proposed 12 months ago, remain key to reaching balanced outcomes that are as a close to a win-win for all parties as possible.”