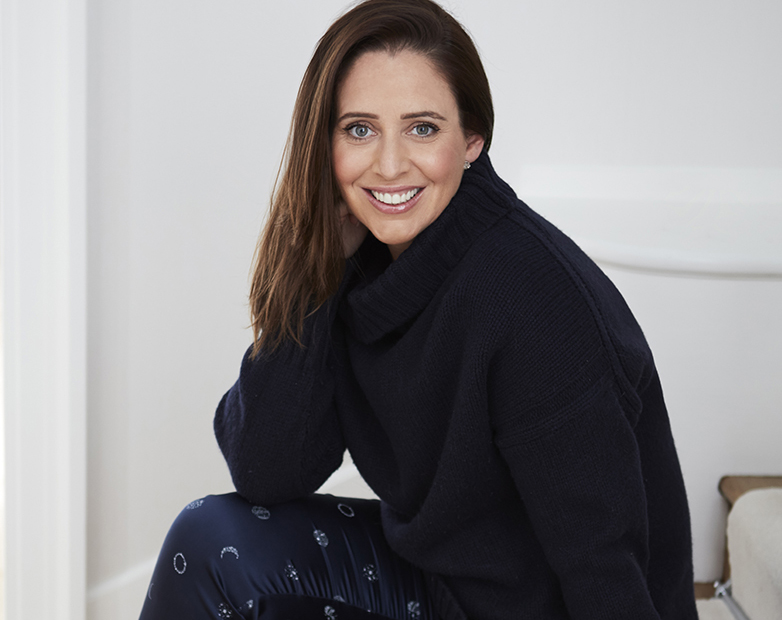 "You couldn't write our first year," says Tara Capp, founder of the lifestyle e-commerce business, Truly, which is celebrating its first anniversary in the midst of a global coronavirus pandemic.

Clearly that wouldn't have been the way anyone chose to mark their first 12 months in business, but Capp is cheerful and the business is continuing to operate with demand holding up during lockdown for its well-priced, quality lifestyle products, including its popular cashmere and loungewear lines.

It's a small operation, at this stage, and the warehouse staff can safely operate at an appropriate social distance, as orders continue to be made by those seeking to make the lockdown a little more pleasant. "Self care is really huge as you can imagine, both from a blog perspective and we've also seen a huge spike in self care sales, such as our foaming bath oil, which is lovely," she explains.

The foaming bath oil is something of an exemplar of the Truly approach, it's a bit of affordable luxury that also saves you time, since there's no need (unless you want to) to put on a body lotion after using it.

"I'm a really busy mum with a really busy life and I wanted to create stuff that I love and that lasts and that makes life that bit easier for people," Capp explains. As well as running the business, she has three children and teaches netball four times a week (at least she will do again after the lockdown).

The mix of product, which spans home accessories, nightwear and loungewear, as well as baby wear and beauty, all backed up by a coherent content package, has led to comparisons with Gwyneth's Paltrow's Goop, though in terms of price point and the practically of the products it is somewhat more real world.

Capp laughs out loud at the notion. "It's hugely flattering," she says of the comparison, "But we're more about creating a great product at a great price. When I was working as an interior designer I would see people asking for £300 for a tray and think 'oh my God, it's mental'," she says. "We are trying to create a community around the brand through our blog but no, we're not going to be stocking any vaginal eggs soon." 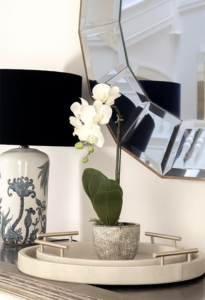 It does stock trays though, as part of Truly's popular Shagreen range, and they retail for £80; in fact nothing on the site strays above £200. It was her interior design work – she began on her own houses and then on to those of friends and family and created a business from there – that inspired her to set up Truly.

Initially it was going to be fronted by TV presenter Holly Willoughby, who, pulled out due to other commitments. So Capp finds herself leading and fronting the business but, she laughs: "I am exceptionally fortunate to live with a tall man..."

She is, of course, talking about Peter Jones, one of the UK's most successful, and tall, entrepreneurs and star of Dragons' Den. But being married to him didn't mean he bought into the concept of the business unquestioningly.

"I almost had to pitch it to him," Capp says, "But when he was 'in', he was completely in and committed."

At the moment, there are around 20 staff working on Truly with half of them shared across Jones' businesses, which span technology and retail among other sectors. The Truly team comprises social media, warehousing and finance staff as well as two buyers and one designer, who work to Capp's brief. It also taps into a sourcing hub in Hong Kong via Jones' network.

"I needed help with design and buying," she explains, "I know what I want but I can't give you the dimensions of how to make it, I can't do all the specifications of the design."

While she might not be able to give the specifics on design, she does insist that everything is either sourced in Britain or sustainably. "The sustainable angle is very important to me," she says.

It's why products on the site must be timeless and seasonless and transparency in the supply chain is a must. The source of the cashmere sweaters, which retail for £100, can be traced back to the herd from where the wool came.

Indeed, so keen is Capp that things shouldn't be wasted that a cashmere sweater that was returned by a customer because holes appeared after a few months (the problem was clearly moths but Truly replaced it anyway) was repaired and Capp now wears it herself.

Such an approach also means that Truly has a close relationship with its clients and has been developing the business on the back of their feedback, such as developing more of the bestsellers like its silk range, which includes pyjamas, nightdresses, shirts and camisoles. 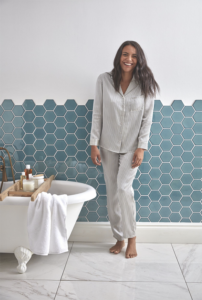 Pyjamas from the silk range

The silk range is not only popular with women but is a key gifting category for men and has led to a lot of repeat purchase. In fact Capp says that once a customer "dips their toe" and builds confidence in the brand, they tend to come back for more. "It's really important to us what our customer says," she adds.

It's also really important what the team says. Capp, a self-confessed spreadsheet-phobe, says there's no hierarchy in the business and everyone's opinion is valid. Capp is both modest and wise enough to realise she's not the one with all the answers. "I've never had any qualms in saying 'do you know what, I don't know how to do that'," she says, adding that any entrepreneur should realise that it's OK not to know everything.

And in an environment when no one knows when business or life will get back to normal, whatever the new normal is, that's a healthy attitude. With that, Capp is off back to the business to work out a scheme to get complimentary care packages to NHS workers during the crisis.

"It's just to say thank you from us because it looks like hell for our emergency workers. There's no expectation from us, it's just to say 'look after yourself'," she explains. "We'll keep doing it for as long as we can."

She's right, it's been quite the year. But it seems clear there will be many more to come for Truly, though let's hope they are not quite so eventful. 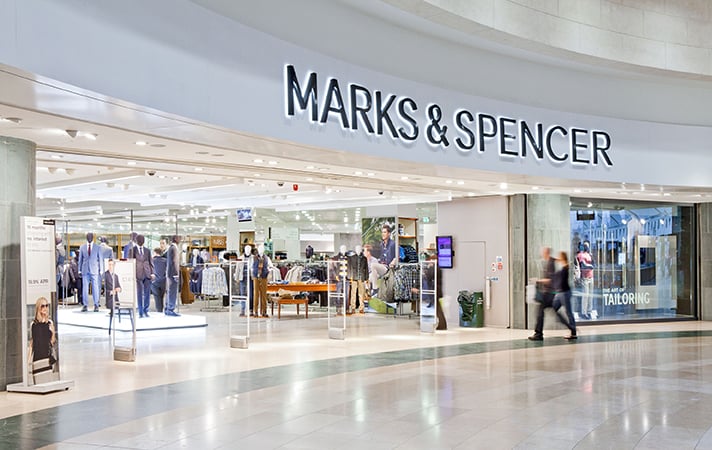 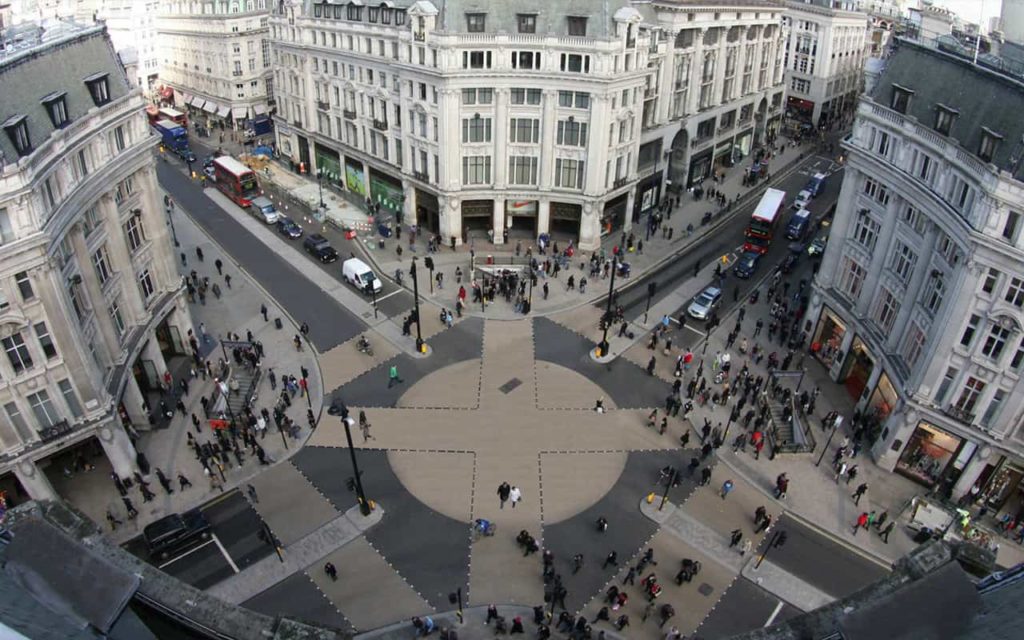 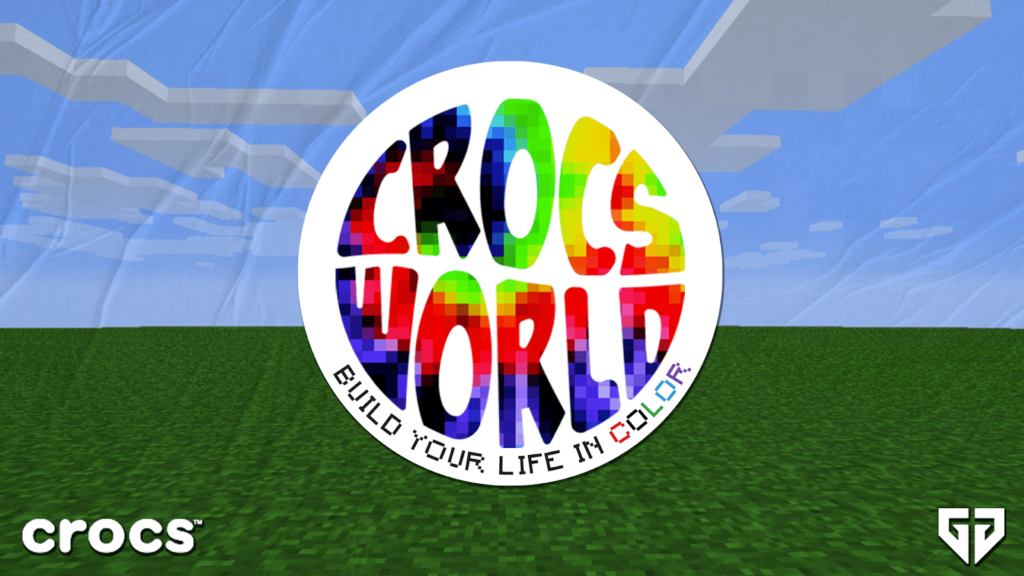