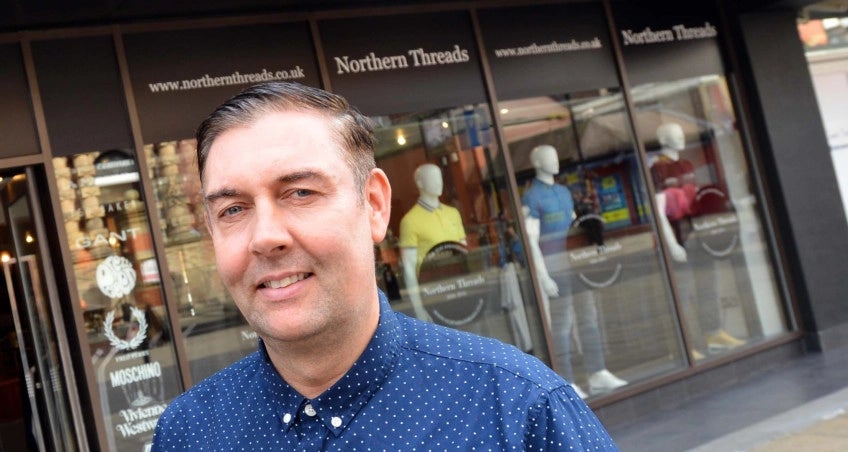 Phil Goodfellow, and his business partner, Nigel Binnie, have been giving the good people of South Shields, Newcastle and Sunderland, in the north east of England, what they want when it comes to quality branded menswear since 2006. The company trades from the Northern Threads shop at 14 Ocean Road, South Shields – the area where Barbour was established in 1894 – as well as from its website, which was launched in 2011.

Having temporarily been forced shut shop a week last Monday due to the COVID-19 outbreak, Goodfellow is naturally worried for their future. Not only that, his wife, Victoria, is working on the frontline for the NHS, as he explains.

How are you coping with the current situation?

Obviously, we shut a week last Monday, and we’d already made that decision on the Monday morning before Boris Johnson made the announcement for all non-essential shops to shut. Since then, we’ve done what we can to be proactive. We’ve taken 20% off everything, which I think everybody in our sector is doing, if fact some are discounting more than that already. Some people are already half-price, but my worry there is if you go half-price – and you do have to generate some cash to keep your suppliers happy – then when this is all over, and we don’t know how long it’s going to go on for, what do we go back to and what stock will you have left? And then has all the autumn/winter product even been produced? I don’t think we’re going to get back to work until July. In Scotland they’ve been a little bit more transparent about it. I spoke to a couple of lads I know in the industry up there and they’ve been told it’s going to be 13 weeks at least, and it’s not going to be any different down here. If it is 13 weeks, that takes us in to July. I don’t know how anyone is going to do their SS21 buying either.

How has the website performed since you shut the shop?

We’ve only taken a small amount of money online so far - in over one and a half weeks that we’ve now been shut. Boss is still selling well for us, especially the loungewear as people are sitting around in their tracksuits at home. We’ve still got our regular core customers buying from us, the problem is we’ve had to cull our Google AdWords because it’s another big expense. The customer is very fickle online, and whoever is selling the same things at the cheapest price is going to win. There’s a lot of our competitors who are doing the same brands, but are going 30-50% off, so I don’t really know what the answer is. If you keep reducing, you’re making no margin and then when you go back all you’ve done is paid your bills – you’ve got no money to pay for next season. When we do get a sale on our website, Nigel, my business partner, goes down to the shop and pulls out what has sold to package up, then he leaves the packages outside the front door for the DHL delivery man to pick up when they let you know that he’s arrived. The packages don’t have to be zapped now, so there’s no contact with the van driver. I don’t really know how other bigger retailers are getting away with what they’re doing. If they’re still running their large online businesses, lots of people will still be working in warehouses together. How is that any different to working in a shop?

Are you getting any financial help?

We got the £10,000 grant yesterday, which is off the rates in a one-off payment, but we’ve been refused the interruption loan by Lloyds Bank. I informed political journalist and associate editor of the Daily Mirror, Kevin Maguire, who I know, as you see it all over news at the moment - the country is up in arms. The banks seem hate retail as it stands anyway, and Lloyds actually said to me that they pretty much don’t like retail! They said that if this coronavirus hadn’t happened then we wouldn’t get the loan - and we’re not getting the loan now either! What type of bank tells you that? We’re on about the here and now and, if we were trading, we wouldn’t have to ask for it. I do believe that, as a country, if we don’t get the coronavirus business interruption loans sorted out soon, which the Chancellor is unveiling updated plans for today, I think half of the UK’s independents could go bankrupt. It’s not just our sector, I’ve got a friend who’s got a couple of bars and he’s getting turned down by the bank for the interruption loan too. He’s being told that they’ll lend him some money, but he’d have to put his house on the line. That’s not how the Chancellor originally called it.

How’s it impacting your daily life?

Last Wednesday, I had to go to work and leave my little boy, Harry, who’ two-years old, with my mum and dad who are 72 and 74. My wife, Victoria, works for the NHS – on the frontline as an assistant manager in a doctors’ surgery, which they obviously still have to have open, because there’s plenty of other illnesses and ailments that people need to see a doctor for. People have been told not to go to doctors’ surgeries if they’ve got this dry cough and fever, but they’re still turning up at the counter. It’s got me worried sick. She doesn’t want to get the bus, so I’m the taxi service at the moment – dropping her off at work in the morning, and picking her up at teatime. Then I’ve got my son to look after, so I’m daddy day care! But, on that day I had to go in to work to fill out a form to try to get the loan from the bank, which took about five hours to do. They wanted to know anything and everything, from who our suppliers are, how much stock we had, what we’re paying for gas and electric and so on. We still got refused the loan, but then the banks are refusing these loans left, right and centre, and they are getting named and shamed, which is fantastic because three or four years ago businesses such as our helped to bail the banks out. It’s not our fault that this virus has come about and is having such a devastating impact on business and daily life.

So, they’re not exactly being very understanding then?

No way. I want to be trading, I don’t want to be sitting in my house. The banks seem to think that you don’t want to go to work and you’re trying to get this money. Also, the problem with our game is, they just don’t understand it. They even said why don’t you just send all your stock back?! They don’t get that if we did that, and we didn’t pay our suppliers, then they’d take the brand away from us in the future. I asked her at the bank over the phone if she knew how hard it was to get brands in the first place, and she said she thought it would probably be pretty easy. I just laughed – they just don’t get it at all, or what we have to go through in order to sell the likes of Ralph Lauren, Armani and Boss. The one thing with this crisis is, money doesn’t count. This virus is going to be a leveller and we’ve all got to help each other out. It doesn’t matter how rich you are, the rich can’t win this.

We’ve got about £240,000 worth of stock – at retail price, so we owe about £122,000. Luckily enough we’ve got about £50,000 worth of stock that hasn’t yet been delivered because we’ve held back a little bit because of the cold weather and the storms. We haven’t cancelled the orders, but most of the brands have been proactive and supportive. Some of our suppliers have been okay with putting delivery of orders back for three months. They’ve said that when we’re back in the shop let them know and then we’ll take it from there. Lacoste have cancelled our AW20 order, and have said just buy from stock to make it easier for ourselves. Fred Perry has also been very good, in fact most of the brands we sell have. There have been a couple of brands who have been on to us not happy that we’ve had to offer 20% discount on products this season already, but everybody else has as well so what are we meant to do?

What’s the general feeling in South Shields and are people obeying the social distancing advice?

I live in Sunderland, and Nigel lives in South Shields, and I’ve noticed that people around here are being very logical and sensible about it. But then we’ve got a huge sea front and big beach and a lot of open space. In fact, the north east is quite wide open, even in Newcastle itself not a lot people, aside from maybe students, actually live in the city centre. There’s plenty of space to move around. I’ve seen a lot of the pictures of people in London on the tube and I think it’s absolute madness, but then I think that’s Boris Johnson’s fault as there needs to be more clarity. People are still going to work on building sites and so on and working in close proximity when we’re all meant to be social distancing.

Are you being proactive on social media to help to raise awareness of Northern Threads?

Yes, we’re very active on Instagram where we have some 24,000 followers. We post three times a day and we trying to make them a little bit more interactive to engage potential customers. We also have around 60,000 people signed up to receive our regular email updates, which go out three times a week. We’re trying to make them more product specific and interesting, so we just did one on Adidas ‘Samba’ trainers and another on a particular C.P. Company jacket. One of our lads, who has had to be furloughed, says he doesn’t mind doing all our Instagram, Facebook and Twitter posts for us because it’s keeping him busy. For the time being he is at least getting 80% of his salary, until he can come back to work. We were going to try to pay the other 20%, but because of not getting the loan we haven’t been able to do that. In fact, all of our staff have been fine with that. But their payments haven’t been put in to place yet. Apparently by mid-April you have to go through your accountant who does your payroll and they fill out all the forms out for the government. For the time being though we are having to find that money, as in the 80% of our staffs’ wages, but we will get that back-dated.

How many employees have you got and how will you get paid yourselves?

We employ five staff, so there’s seven of us in total with myself and Nigel. In terms of us two, we should get 80% of our wages, but that won’t be until the end of June. That’s actually getting investigated because it’s being calculated by what your profits are and this, that and the other. I actually really don’t know, it’s all quite up in the air. That’s what the government are doing for directors and business owners, it’s profit-related I know that much. We shall see. 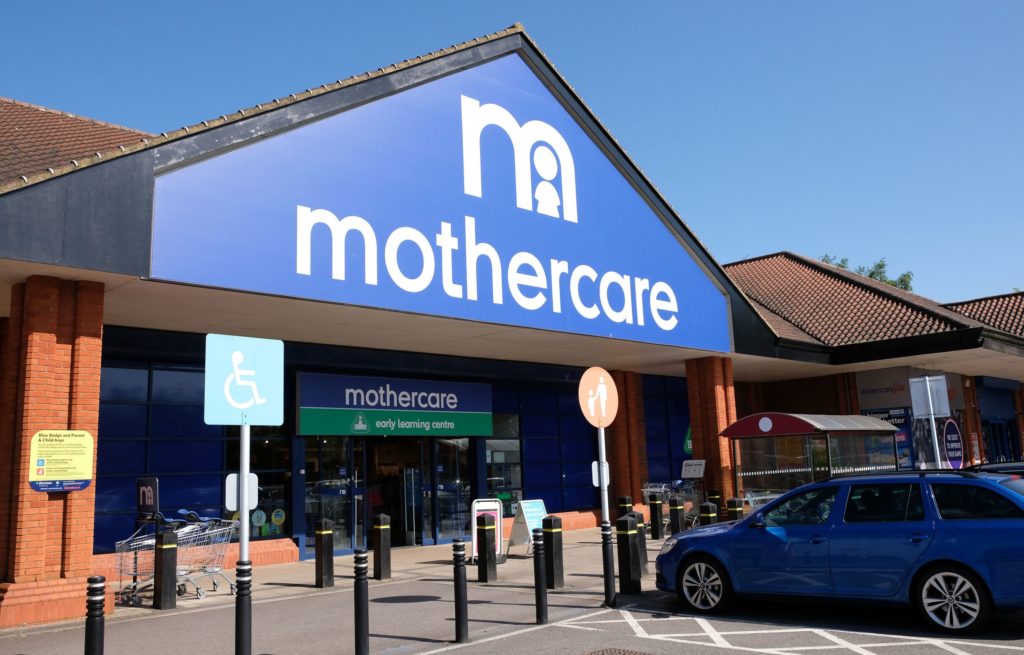 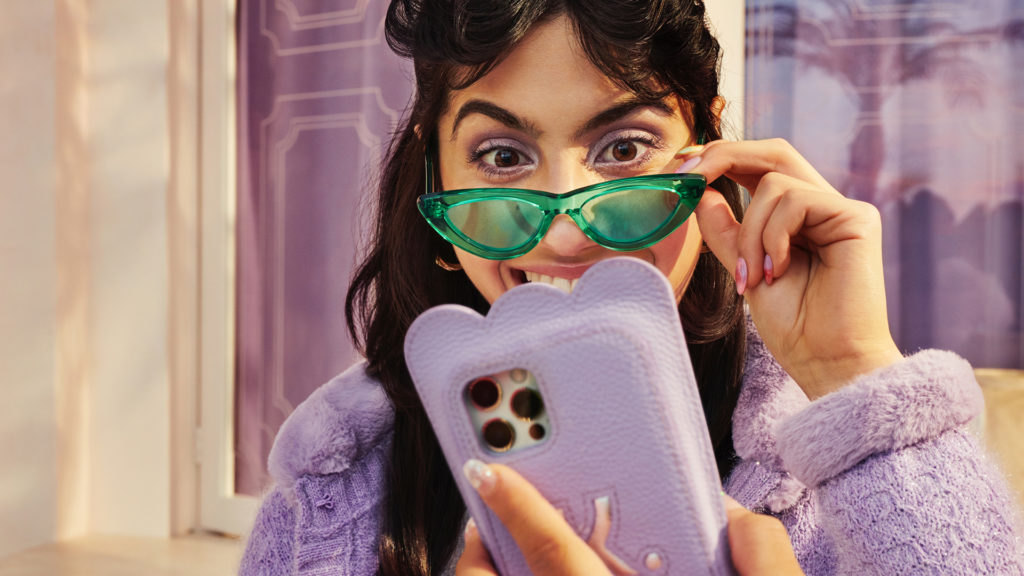 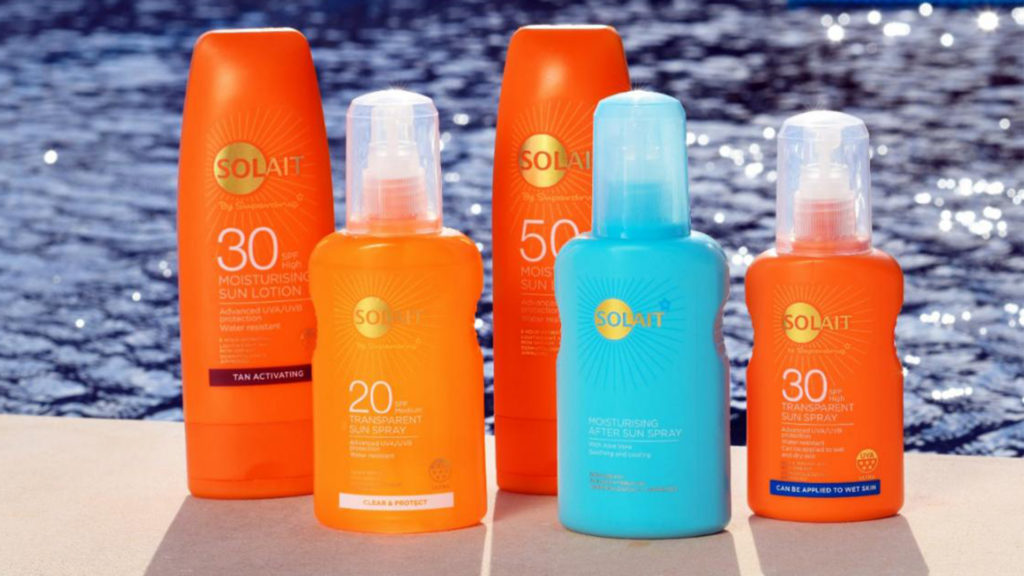