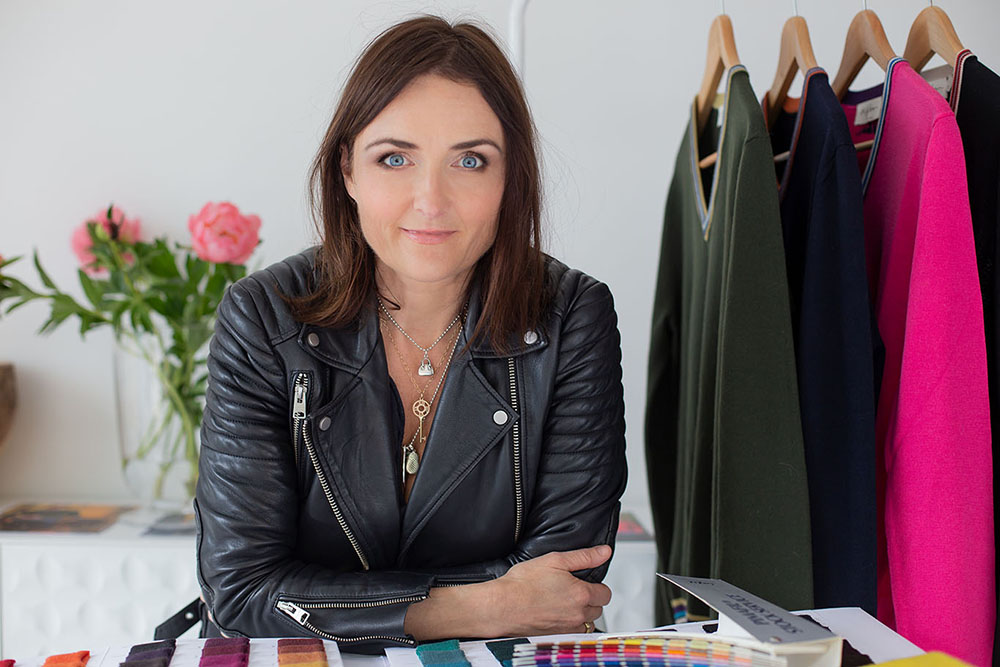 There’s a never a good time to start a fashion brand, and, on the flip side, there’s never really a bad time. Fashion is a lot about timing; having the right thing at the right time, but you won’t know that until you start. You’re working on a future projection and hoping by the time you get there you’ll hit that sweet spot to transform your nascent business into something far bigger and longer lived.

Starting with one product is the best way to test the market, but it needs to resonate, and quickly, because everything rests on this one item.

One such business is “MG Rivers”, a new men’s knitwear brand from Juliette Sherwood and Natasha Whitelock. Starting with a distinctive and handsome fine knit v-neck jumper in a rainbow of colours, it is aiming to inject new energy into the men’s knitwear market.

"I love warm clothes but have found whilst the women’s sector has plenty to offer for all seasons and occasions, men’s tended to offer either chunky itchy jumpers or fine knits which looked like dull office or school jumpers,” says Sherwood.

“I wanted to create something that was a non-itchy, super soft alternative and added a touch of style. Something that once you put on you want in every colour and that you never want to take off, so suited both to life in a boardroom and out at the pub or a gig,” she says.

Living between Borough Market and the Cotswolds, Sherwood’s background is a mix of fashion, interiors and media. “I studied Footwear Fashion Design at De Montfort before doing a Law & Marketing degree at Lancaster University,” she says. “This was followed by years spent in media, another few running an interior design consultancy, and finally back to my first love fashion. When I started MG Rivers, I asked friend Natasha Whitelock to join me and she left her position at Holland Cooper to join forces,” says Sherwood. 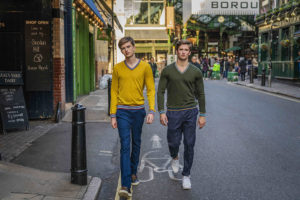 MG Rivers is an amalgamation of names which mean something to both Sherwood and Whitelock and they hope offer a sense of Britishness and heritage in this male character they’ve created.

The first product, a v-neck, is very distinctive with contrasting coloured piping on the cuffs and neck in a range of base colours from Prussian Blue to Fuchsia Pink.

“I love colour – it is either under-used, or often used in a garish manner,” says Sherwood. “Men’s styling generally steers (for obvious reasons) to the traditional colours. I wanted to inject a small splash of colours in the way ladies can add a handbag, colourful scarves and jewellery, but in a way that didn’t necessarily make too much of a style overstatement.” she says.

“Colours tell stories, they can help create moods, make you look healthier. Each colourway is chosen as it has story to tell and is wearable. On all the jumpers, the cuff and collar detailing features British traditional heritage colours taking inspiration from military medals mixed with a few brighter shades.”

Standing out in this competitive market, especially when each v-neck costs £185, will be all about positioning and allowing people to see and feel the quality. The yarn is from Italy, while the jumpers are knitted in Europe.

“When people think of the brand MG Rivers we want people to think of colour and super soft, non-itchy wearable clothes that are as comfortable and wearable as their favourite T shirt but as stylish as their best sharp suit,” says Sherwood. “We are embarking on a tactical PR campaign to generate awareness and get the brand noticed and worn by a cross section of interesting, creative people.”

MG Rivers' Instagram account documents a variety of fans wearing the jumper, including some famous faces, and retailers include Wolf & Badger at Coal Drops Yard. 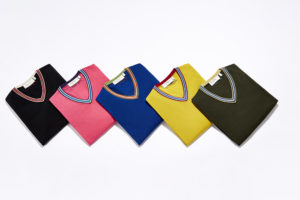 “Our yarn is the best in the market. It comes from the happiest Merino sheep reared in Australia and New Zealand,” says Sherwood. “The factory totally embraces eco values and looks at every stage of their process, even recycling their water. The yarn is Worsted spun so the fibres are looked after and they have a secret spinning formula,” she says.

The knitwear is made part in the UK and part in Romania, in a small village in a valley at the foot of the Carpathian mountains. New products in development from MG Rivers include a crew neck knitted bomber jacket, a snood, so you can wear the jumpers whilst skiing, and a scarf for the forthcoming winter season.

“Every time we think of a perfect man/style we see someone else wear our jumper in a completely different way and it looks equally amazing,” says Sherwood. “A rapper recently styled it with jogging bottoms and looked as good as the artist who wore with a T-shirt and jeans which looked as good as the city guy going to a meeting pairing with shirt and jacket.” she says.

“We hope we have hit on a new style classic that will suit all. We're pleased that the brand has already caught the attention of David Tennant,” she says. “We would love our jumpers to take a place in every stylish man’s wardrobe and being stolen by their other halves!” 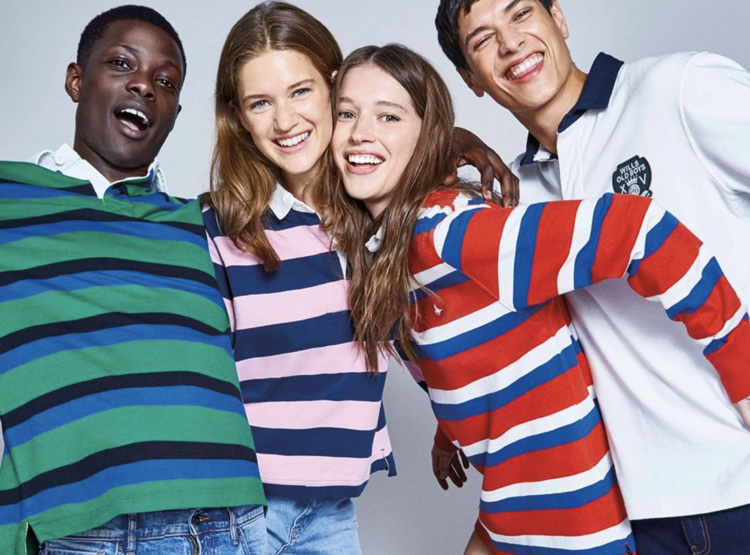 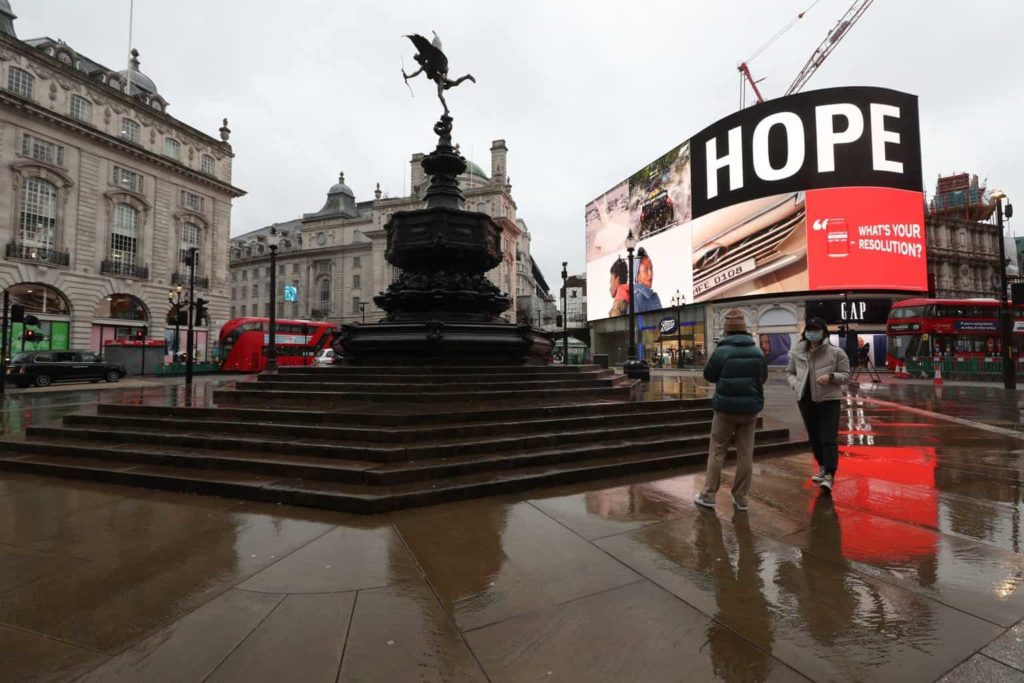 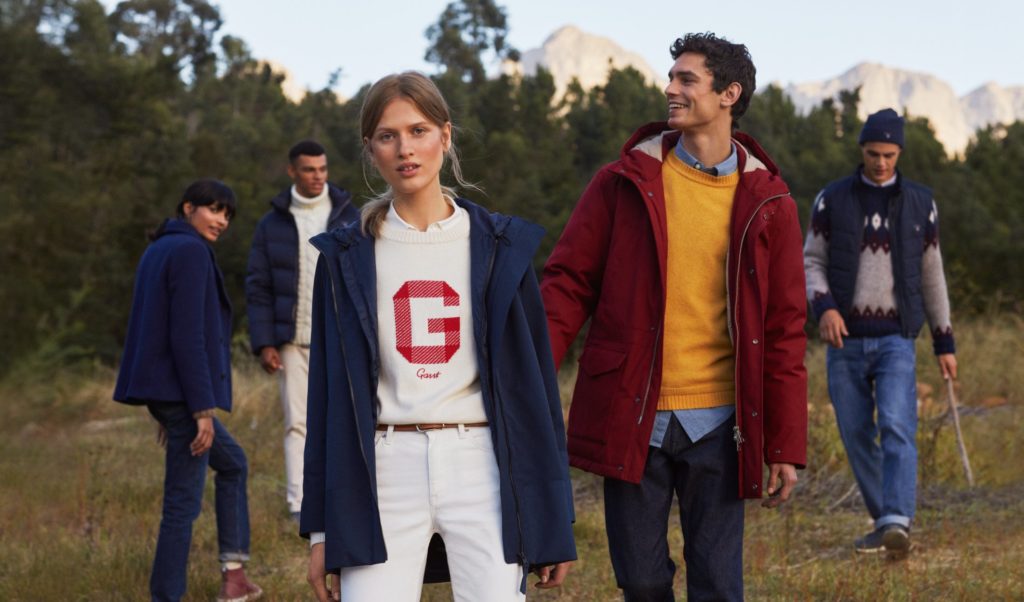