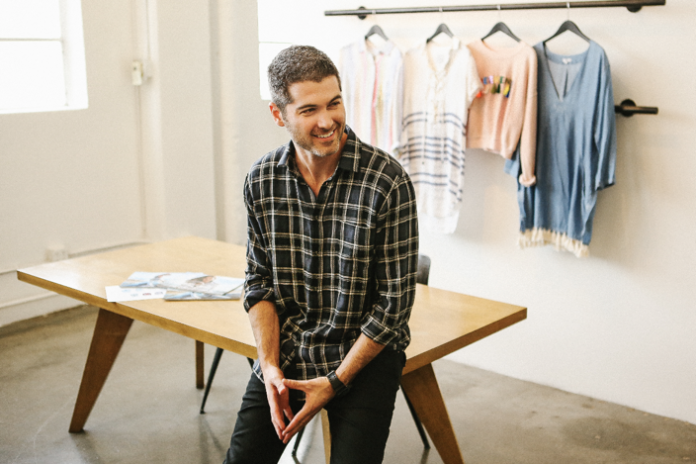 With the official launch of a full menswear collection in the UK for AW20, a first permanent store opening in New York in May 2020, plans for a store in its home city of LA later this year, as well as stores in London and Paris being sought, Rails is really on a mission to expand its fashion empire. Visiting London and Paris this month, founder and creative director, Jeff Abrams, explains all.

Recently in London to assist the launch of the LA brand’s AW20 sales campaign, through UK sales agency Palladio Associates, founder Jeff Abrams was in buoyant mood with a lot going on this year – following an investment in the brand to boost the company’s growth in 2019.

Up until agreeing a deal with a combination of two minority partners, it was all Abrams’ work since the launch in 2008, organically building a sales network throughout the US as well an on a global scale. 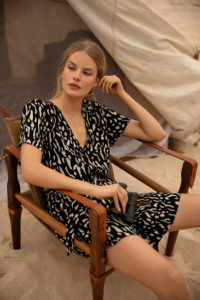 Abrams says: “But now we want to roll out bricks and mortar stores, build a much bigger e-commerce business and really develop our brand in a much more robust way than we have in the past. We therefore wanted a partner who could help us scale-up the business.”

The business journey has been far from an easy ride up until getting to this point though, as Abrams explains: “There was a period of time where I was putting the pieces together, and 2008 was a tricky time to get started because the economy had just crashed.

“I started from the ground up without really having the technical background or knowledge of how to put a collection together. So, the early days were very much about trial and error.”

Starting off with a unisex hat, which Abrams describes as “like a Cuban, Fidel Castro, stylish baseball-style hat,” and a “super-soft” zip-up hoody – both made in LA, and going around to stores like a door to door salesman, Abrams says the initial idea for the brand was to be “southern California casual but European inspired,” as he’d spent time living in Europe and travelling around on Euro Rail.

“Part of it was sheer determination and talking to everyone I could. I got in to some good stores and I was giving the hat and hoody to anybody I knew who knew a ‘somebody’. In LA, inevitably there’s going to be people who are connected to influencers and celebrities.

“There have been a number of seminal moments throughout the Rails journey, starting off with me getting pictures of Jessica Alba, Matthew McConaughey and Leonardo DiCaprio all wearing my product in different places. They genuinely loved the product, and that’s why they were wearing it – not because we paid them to wear it. That’s been very important for us in building a credible following that people recognise as authentic.” 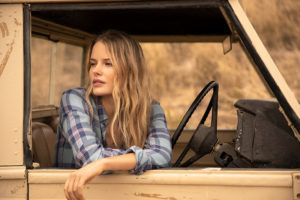 Abrams clearly had some good connections having previously worked in marketing for a TV studio. He tried to access any relationship he had to get his product on to somebody who could show it to a broader market.

“In many ways ignorance was bliss,” he says. “Because I didn’t know the chaos of the fashion industry! So, I just went forward and did whatever felt natural to me.”

Simple though it may have been, Abrams says people loved the first products. “I recognised that, with the hoody, the fabric was unique and sort of moulded to your body. I knew I needed to evolve the collection, so I started using a fabric concept for the evolution for the brand.

“After the hoody, I got in to making feminine button-down shirts for women – out of a Rayon and Tencel fabric that was incredibly soft, from a fabric mill in China. I imported the fabric and made the shirts locally in LA. At the time, nobody was using that kind of yarn, which almost felt like cashmere, for shirting.”

That catapulted Rails from being in a number of small stores to larger stores like Saks Fifth Avenue and Neiman Marcus in the US, and a much wider audience. International markets then started hearing or seeing what Rails was doing in the stores, and the UK was actually one of the first international markets that the brand expanded to.

It was global sales director at Rails, Mackenzie Bryant, who was working for agents Palladio Associates in the UK at the time, who spotted Rails at the Coterie trade show in New York. “We were always scouting new brands,” offers Bryant. “Being American, I always had my eye out for new contemporary brands emerging there. Rails had been on my radar for a while and was exploding in the States.” 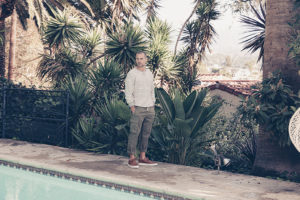 Mackenzie headed up the wholesale sales for Rails at Palladio in the UK for its first two years in the market, before moving to LA to work in-house for the brand.

These days Rails has a number of international sales partners and Abrams always makes sure he meets with them – usually in London – for each new season, to kick off the collection and show them what’s happening.

Rails also has distributors in Canada, Australia and Belgium, as well as using the local know-how of sales agencies in the UK, Germany, Spain, Denmark, Norway and Sweden.

The brand has approximately 100 current accounts in the UK, including Harrods, Harvey Nichols, Selfridges, Trilogy, Fenwick, Net-a-Porter and some 90 speciality independents across the UK.

“As the collection was evolving, and we getting so much traction, we really focused our energy in the women’s space,” says Abrams. “But, about a year ago, we launched our men’s collection in a small way in the US. Sure, we already some men’s pieces, but we didn’t have an internal team that was dedicated to building the men’s business. Now we have a dedicated design team and sales team in place, and AW20 is our launch of a full menswear collection in the UK market.” 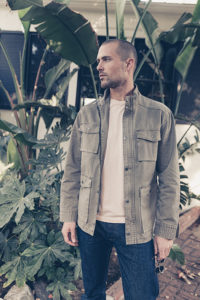 In the US, Abrams says the menswear has got off to “an incredible start,” so the outlook for the UK looks bright. As well as shirts, which the brand is best known for, there’s casual trousers in soft fabrics, knitwear and jackets. “Our sweet-spot retail price-wise is between £160-£200, with jackets going up to £300,” he says.

Palladio Associates have taken the menswear on for the UK too, and Abrams says the goal is to build it the same way that they built the women’s business, “with a nice following of independent accounts to let people start to find the brand, before slowly going out to more of the department store business.”

On the women’s side, and these days with a much bigger collection than the shirts it started out with, Rails has had in-store pop-up shops in Harrods for the last two spring seasons, in 2018 and 2019, as well as a pop-up last spring in Harvey Nichols – which will be happening again this spring for around four to six weeks in April/May. Abrams is also in discussion to do another pop-up within Harrods this summer.

In April/May 2019, Rails did its first standalone pop-up shop in Los Angeles, and now it is going to be opening its first flagship retail store in New York this May. “Now our plan is to open retail stores in a number of key cities,” says Abrams. “We’re closing in on a deal for a store in Los Angeles to open in autumn 2020, and we’re hoping to open another store in San Francisco towards the end of 2020.

“For me, part of this trip is also about looking for a potential retail location in London, and also in Paris. The idea is not to take sales away from our wholesale partners, but it’s to build the brand so we drive growth of sales to our retail partners, and give the full experience of our own retail stores.”

In terms of London, Abrams is also open to the possibility of a pop-up shop that could turn in to a permanent location. He says the Rails customer is both the cool Soho type of customer, but also “young mums who might be more Kings Road or Marleybone-type shoppers.” Abrams says they are therefore just trying to figure out what opportunities are available to them in either of those places. They are looking for a unit that’s about 1,500 sq ft in London, but a lot of it is based on location.

“Some spaces have more character than others, and we also want to have a place where there’s a lot of foot traffic, and where we can bring our influencer following, editors and buyers and make it feel like an aspirational environment.

“It’s not just meant to be transactional, it’s meant to be a brand experience. If we find the right space, we’ll try to do something relatively soon, which could be as early as this summer.”

Abrams believes pop-ups are an interesting way to test the market and to create a buzz, but if they find a great location then they are ready to do a long-term deal “because we’ve built our brand here over the last eight years and we know our customers here.” His confidence is infectious, and his brand is on a major ascendancy.