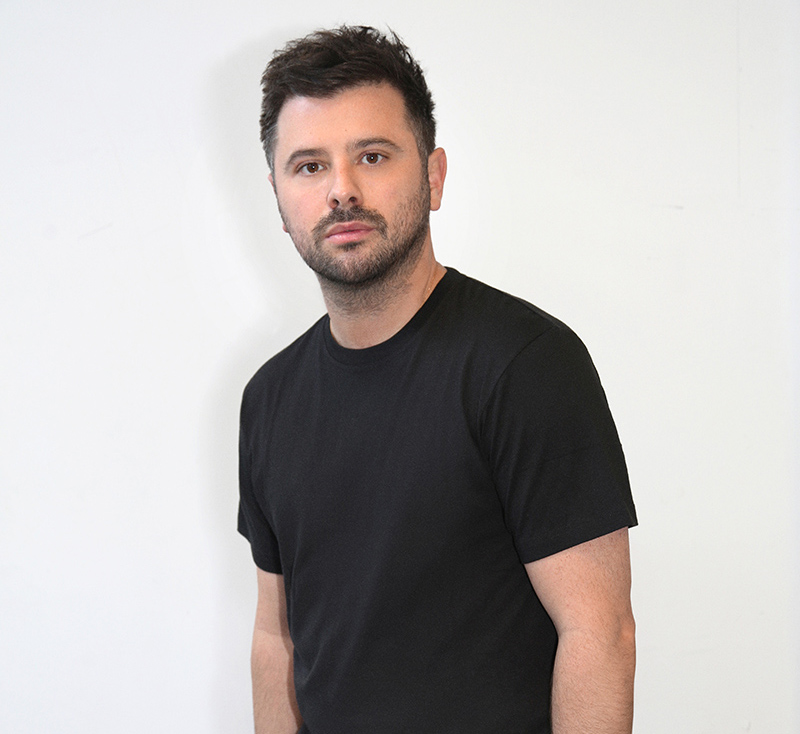 If, by chance, you don't know the name David Hodgson, you will certainly be familiar with his handbags – you may even own one. Hodgson is one of the foremost bag designers in the market and, via his own consultancy, has created designs for a string of big names including Roland Mouret, Smythson, Liberty London, Coach, Proenza Schouler, Joseph and Strathberry, as well as Loewe (where he served his bag creating apprenticeship).

Now he is turning his hand and dedicating his attention full-time to that most quintessential of British brands, Lulu Guinness, which has just announced his appointment as creative director. While this news has just been broken, he has, in fact, been working at the brand (which was founded by the designer of the same name 30 years ago) for a year now.

However he has been kept under wraps while he got to grips with the brand (with the help of the founder) and until he was ready to show his first designs, which have already been seen on a string of celebrities from Minnie Driver to Josephine de la Baume and Helena Bonham Carter. It feels safe to say that the brand is about to have another "moment" as it celebrates three decades in the business.

"It's a dream and an honour," he says of his appointment as the first creative director of the brand other than Guinness herself. In fact it was Guinness who spotted a bag he'd designed for Strathberry – which sent the under-the-radar brand into the stratosphere when it was sported by Meghan Markle, the Duchess of Sussex – and sought him out as she felt ready to hand over the brand's creative reins.

"The heritage and the DNA codes are so rich, you can't buy that," he says of what attracted him to take on the role, while for her part Guinness says of Hodgson: “Finding David was my lucky day. He is a wonderful designer and understands the heritage and humour of LG perfectly.”

As part of his due diligence at the start of his role, Hodgson went and spoke to women about what the brand, best known for its quirky designs and in particular its Dali-esque Lips clutch, meant to them.

"They all remembered their first Lulu Guinness bag and they'd say 'oh, I wore it to a wedding' or 'I got it for my 21st birthday'. Often it was their first designer bag and it kind of showed you how much the brand means to people, and to be honest I didn't really expect that. Brands spend millions and years trying to get that," he says.

So, armed with that brand love and the information he has gleaned from his weekly meetings with Guinness – where the pair talk about everything and anything and he always leaves with a "nugget" of inspiration – Hodgson has unveiled his first three designs for the brand: the Bibi, Queenie and Ruby ranges.

The Bibi is the range that is most reminiscent of the Lulu Guinness heritage with is witty bingo, domino and crossword designs applied to a surprisingly roomy boucle tote and, indeed, this is the style that appears to have been a hit with the celebrities.

But there are also two more structured bags in the form of the Queenie and, coming soon, the Ruby, which both show Hodgson's eye for subtle detail and obsession with quality, which he says was imbued in him during his time with Loewe. They also show his stripped back, modern take on the Lulu Guinness aesthetic

There is a nod to the brand's lip motif, with the pocket on the Ruby following the "Cupid's bow" line, but the construction of the bags and the thoughtful details ("It's no good if you can't do this," he demonstrates pushing the bag up to the crook of his arm to prove there is sufficient handle drop to hold it that way) that are most striking and give the impression of a product that is more expensive than it really is.

The price points remain in the £200-£300 ball park. "We wanted to keep it there [in the accessible luxury range] as we don't think anyone else is really doing that," he says.

Hodgson has been charged with introducing the brand to a new generation, re-introducing it to women who might perhaps have drifted away and, of course, retaining its many acolytes.

He hopes to do this as more and more of his designs infiltrate the collection, but much of his strategy has nothing to do with designing the bags at all. "My main mission is story telling," he says. Next year there are plans for "a lot of collaborations with illustrators, for example, and women of substance, women we want to champion" and he has a desire to create a strong community of women around the brand.

While Hodgson has been given 360-degree creative control, he sees it as his role to "distill" the founder's personality into the designs and across the brand touch-points (from retail to social media and everything in between) but it's not a literal translation of Guinness "it's more about her essence", he says.

He's helped in this regard with what he describes as a "heart to heart" relationship with Guinness, which is built on strong mutual trust. "I love getting into a brand and helping it understand what makes it successful and then translating that into a product," he says, "That's what I've always done." 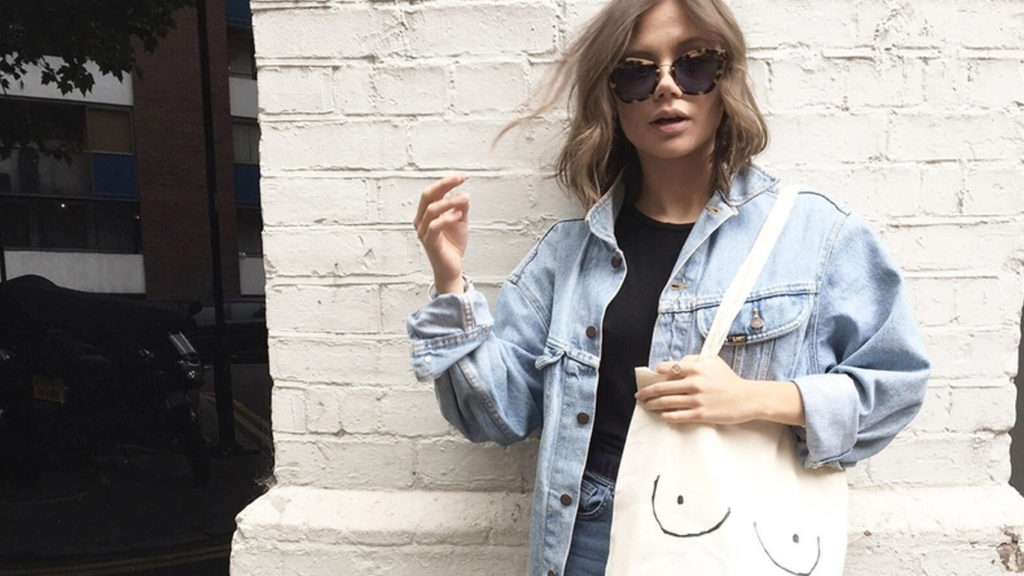 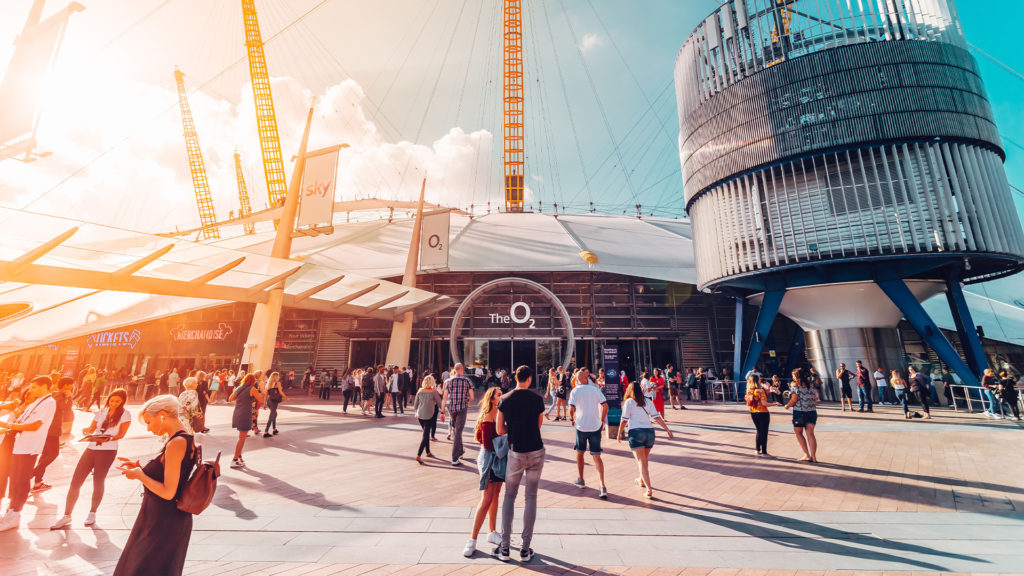 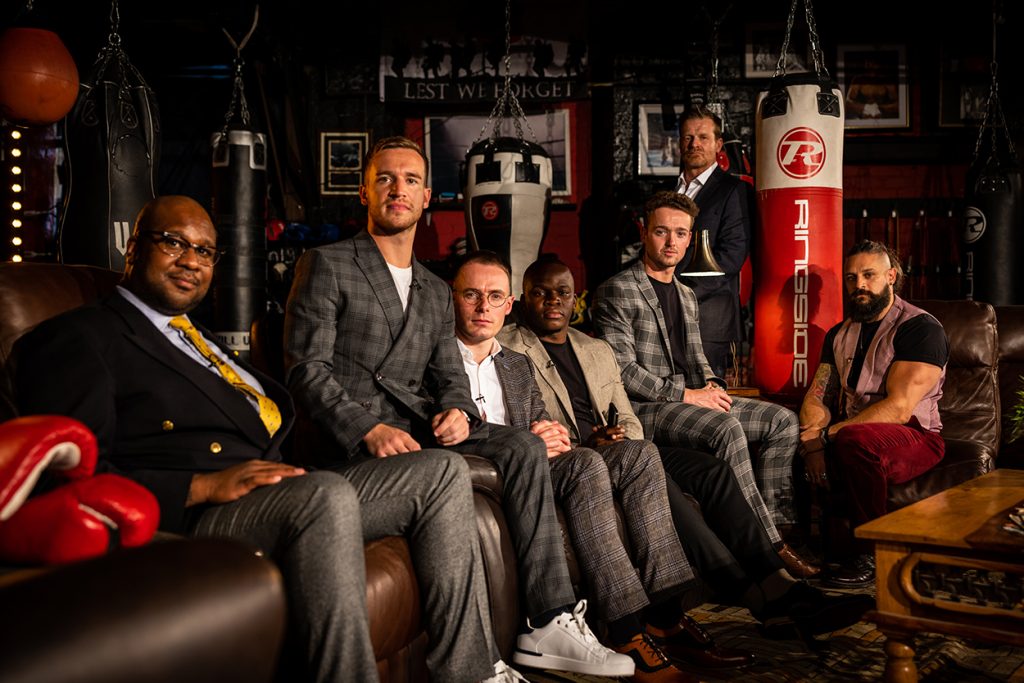