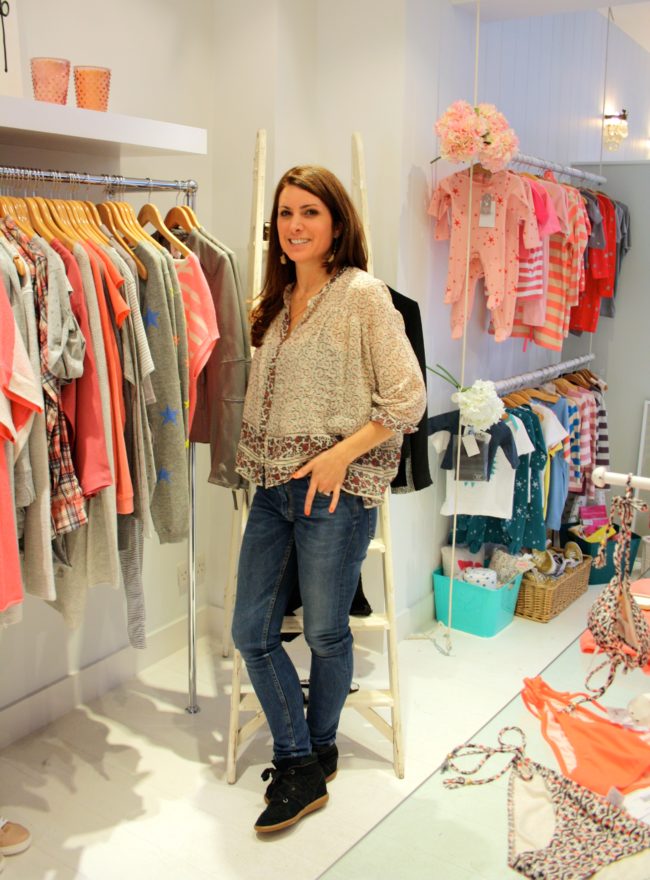 "Oh, we're quite up for that." While the fashion business news headlines might be dominated by big name retailers reducing their store estates, Annie Pollet, co-founder of (largely) London-based premium independent boutique chain Iris is very much in the market for opening new stores, even though she will admit the high street is "so tough".

But Iris stores are not just on any high street. Having started the business with her friend Sarah Claassen 15 years ago with a single store in North London's Queen's Park, it has since grown to eight stores, based largely in upscale London neighbourhoods, such as Battersea, Chiswick, Wimbledon Village, East Dulwich, Hampstead, Barnes and in Amersham, Buckinghamshire. These are the kind of places where women "might pop out for milk and come back with an Isabel Marant dress".

In addition it has a successful web business, as well as its fast growing own label By Iris, more on which later.

Pollet and Claassen are always scouting for more locations and when I suggest they open one near my home, Pollet immediately asks: "What other stores are there, lots of schools, lots of yummy mummies?" Answers: SpaceNK, Sweaty Betty, Whistles, Jigsaw, yes and yes. "Oh I should take a look. If there's a SpaceNK...," she replies.

If eight stores seems a lot for an independent chain to manage without adding more, Iris can handle it. The retailer's chair is the former managing director of Cath Kidston, Jo Staveley, who invested in the business in 2013 and supported it through its acquisition of fellow premium indie, Question Air? in 2017. The deal (which came about as its previous owner was retiring) led to the addition of the stores in Wimbledon Village, Barnes, Dulwich and Hampstead to the growing empire.

Since Staveley's arrival other ex-Cath Kidston team members have come on board and the business now has the infrastructure and expertise in place to grow its retail operations comfortably. It currently employs 50 staff with an HQ in Fulham and e-commerce orders are fulfilled from a facility above its store in East Dulwich.

But it isn't just adding stores that will help Iris grown but further investment (the business is currently in talks with VCs) and the expansion of its own label By Iris. "At the beginning our own brand was about filling gaps [in the buy]. We know everything that the customer owns and comes in and asks for, like not see-through dresses for instance, and we could make it," she explains.

It has now grown into a fully fledged collection in its own right covering separates, knitwear, dresses, jersey, footwear and jewellery to take the stylish woman from day to night (with popular pieces including linen t-shirts and hippy skirts). The line is all designed in-house and manufactured in places such as India and Portugal.

"Now we have two freelance designers and our own print designer; all our prints are unique," Pollet explains. It's clearly gone down well with the customer – the collection now accounts for 20% of the retailer's sales – and it certainly holds its own in terms of quality and fashionability against Iris's branded line-up that includes Isabel Marant Etoile, Ganni, Soeur, Pyrus, BA&SH and American Vintage among others.

Price points for a By Iris linen t-shirt are around £65 while dresses retail for around £200 with skirts sitting somewhere in between. For AW18/19 it produced its first dedicated printed brochure for By Iris presenting the collection in a compelling lifestyle shoot, the content of which was also used to drive social media campaigns.

In fact the desire to offer more opportunities to sell By Iris drove the retail expansion. "It was part of the impetus to buy Question Air?" she explains, "because of the factory minimums; we could spread them through the stores."

The own label is also attractive to new potential investors. "They see the opportunity to turn us into a [premium online brand] Hush and building the brand, but still with the mix of the other brands," she explains. Wholesaling By Iris to other independents is not on the cards, but Pollet is committed to retaining the multi-brand aspect of the Iris stores.

A buyer at her core (she began her career with brands such as Calvin Klein, Nicole Fahri and Earl Jean), Pollet still "does the big showrooms of Paris" and is heading back to Copenhagen this season to scout for new brands. "A lot of people still come to us, people do still turn up with suitcases," she smiles. But the decision to take on and drop brands is not taken on a whim and again the big retailer discipline comes into play.

"There is a lot of analysis that goes on. Maybe the worst two performers will go per season. And we can't have all the brands in all the stores [due to brands' distribution agreements]. Ganni is a best seller and I can't sell it in Queen's Park and Chiswick, but we can call it in for customers from elsewhere in the business," she says. "We have spreadsheets for everything; we're a very analysed business now."

But while there are spreadsheets and analysis there is still plenty of instinct and emotion in the business. The individual stores know their regular customers very well and even those not-so-regular ones; when I went into the Wimbledon Village store myself to meet Annie the store manager remembered me, remembered where I lived and remembered what I'd bought and I'd only met her once.

"I call it fashion therapy," Pollet says. "We hear all about the family problems [from regular customers] and women come with their daughters. They can spend a lot of time in the store and they do get a personal service."

Because the customers are local and visit the shop frequently the offer has to be kept fresh and they also expect the offers larger stores give them too. Iris took part in Black Friday (which some independents choose to shun) but customers made it clear they wanted more discounts.

"You have to be careful," Pollet says. "You don't want the sale to go all the way through [from Black Friday] to January so that's where the newness keeps it fresh. It's very much because we're local that the customer can get bored very quickly as they come in a lot."

It's easy to see why they do. While some of the brands may be available elsewhere, the editing of a local boutique, paired with an own-brand offer that is truly tailored to the local's woman's taste, is certainly a compelling one. And the price accessibility is key too.

Since the interview takes place in Wimbledon Village it's hard not to look across the street to the other former independent that set up shop there 30 years ago and went on to become a global force in luxury. We are talking about Matchesfashion.com of course. But, while Pollet is full of admiration, she isn't remotely tempted by entering the full-on luxury space.

"We're all about having a mid-price store in fashionable London villages," she says. "We're in a good place." 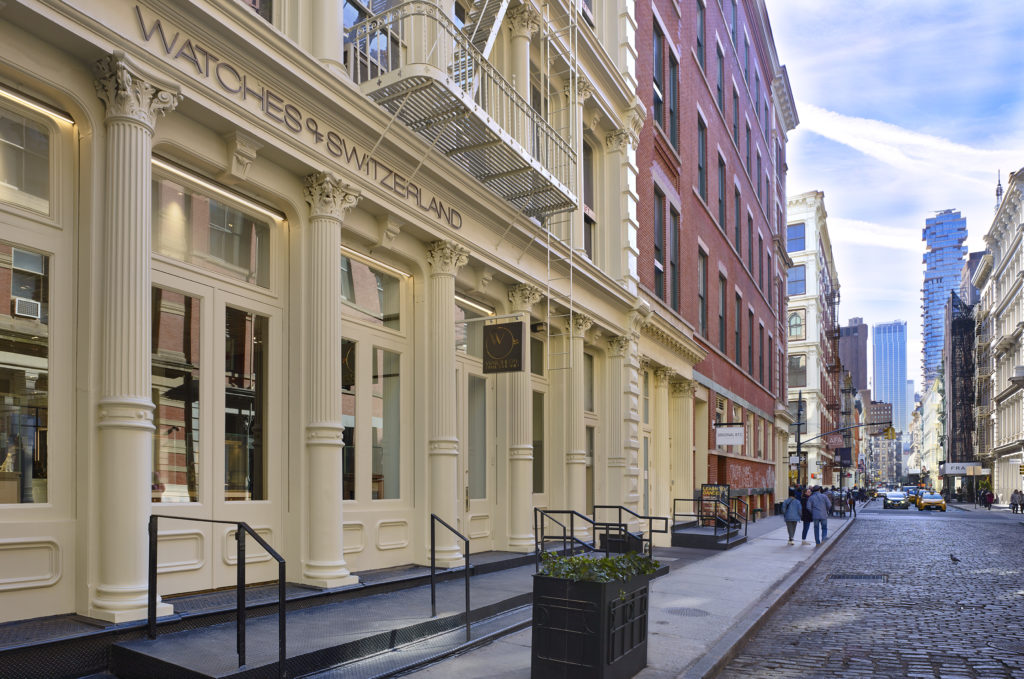 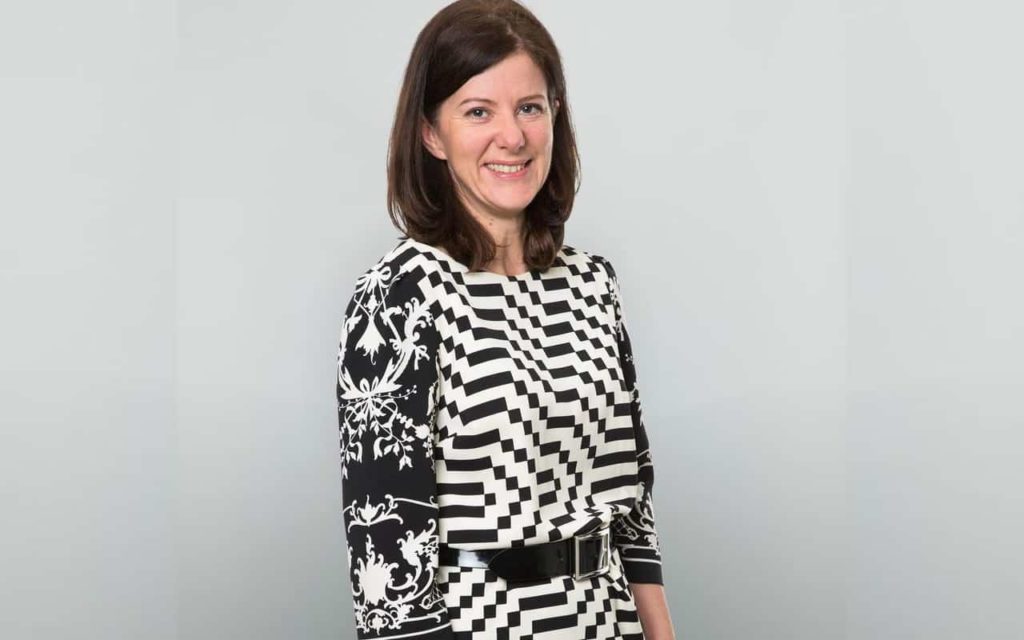 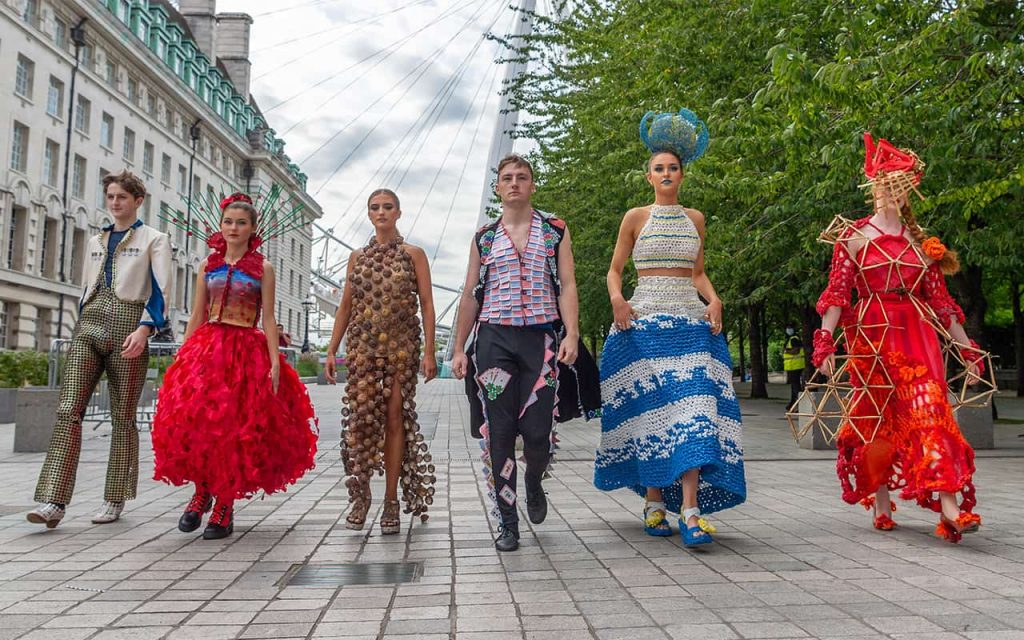