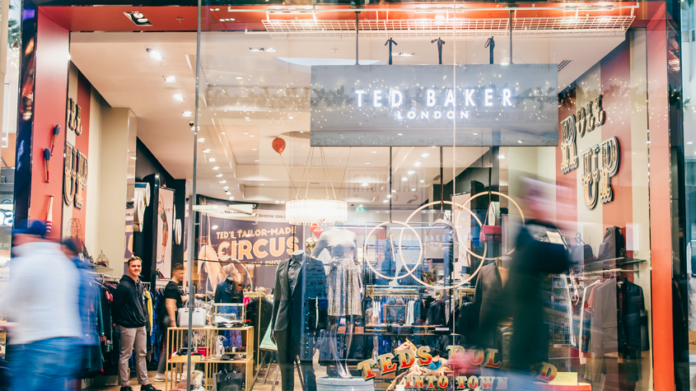 Ted Baker has restructured its leadership team resulting in the departure of four executive board members from the British retailer. The new structure will decrease Ted Baker’s executive board from thirteen members to nine.

Former CFO of Debenhams, Rachel Osborne will continue to lead the embattled premium brand during her time as interim CEO.

A number of board members and executives expected to exit the fashion retailer have been part of the company for over two decades. Departing executives include Production Director Donald Browne, Category Director Rebecca Rodden and Special Projects Director Mat Ashby.

In addition, Steven Rickards, Director of Business Process is likely to exit by summer, Retail Week has reported.

Rodden joined Ted Baker over 21 years ago and Donald Browne has spent over 29 year of his career at the fashion retailer.

A Ted Baker spokeswoman said to the trade paper: “A new executive board structure was announced earlier this week, aimed at supporting the transformation of the business and further development of the brand.”

The premium brand is aiming to re-position itself in the retail market after facing a challenging year in 2019 after founder and former chief executive, Ray Kelvin, resigned from the company in March 2019 following allegations of inappropriate behaviour towards some of his staff, which he has denied.

Ted Baker has seen its share price drop by 83% over the past 12 months.