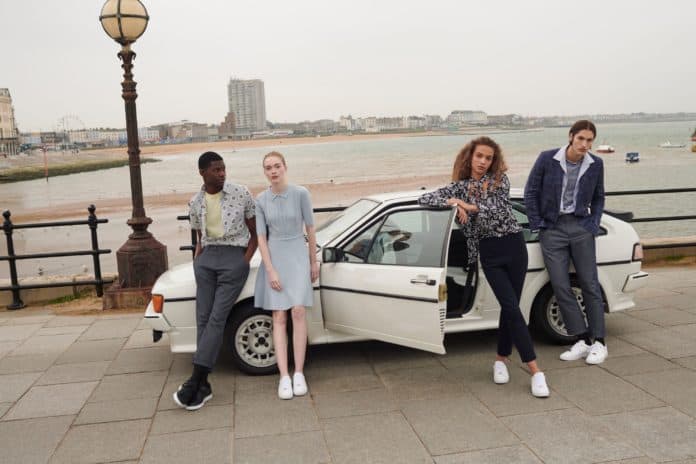 Ted Baker has revealed a hit of up to £5m from Brexit as tumbling festive sales also laid bare the toll taken by the pandemic.

The group said the expected Brexit bill comes as it faces extra duty and shipping costs following the end of year agreement, which will only be “partially offset” by new customs warehouse capability.

Ted Baker reported retail sales nearly halving in its crucial Christmas quarter, dropping 47% in the 13 weeks to 30 January as the coronavirus lockdowns and restrictions battered trade.

It was also knocked by significantly lower numbers of shoppers on the high street when stores were open, as well as plunging demand for its Christmas staples – coats and party wear. Shares dropped more than 5% after the update.

Ted Baker CEO Rachel Osborne said: “While we have made encouraging strategic progress, trading over the fourth quarter was difficult and heavily impacted by the Covid pandemic, leading to the closure of many of our stores during the period and a lack of demand for outerwear and occasionwear over the festive season in particular.

“Looking forward, we are taking a cautious planning approach and now assume that UK stores will remain closed until the end of May, followed by a gradual recovery over the rest of the first half.”

The group is pressing ahead with the launch of a new online sales platform at the end of the first quarter as it looks to ramp up its internet trade in the face of a high street bloodbath.

It saw online sales drop 1% despite the shift online across the retail industry, though its e-commerce trade now accounts for 63% of total sales, up from a third a year ago.

It added that despite the dip in online sales, web traffic rose 17% and it saw an 8% rise in new customers.