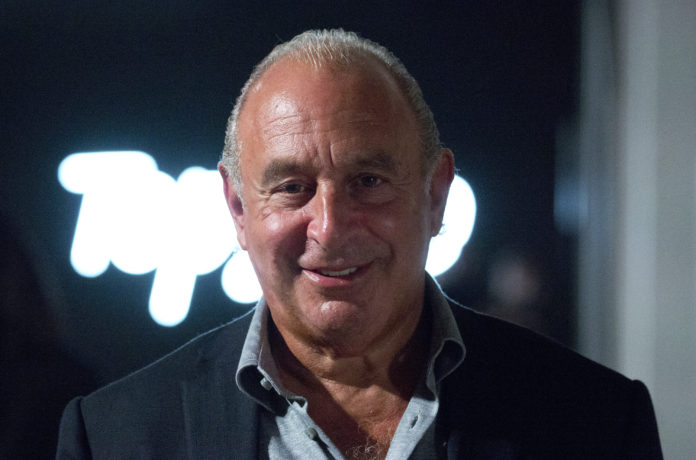 Sir Philip Green has rejected suggestions that his Arcadia retail empire came close to collapse before a restructuring plan was clinched with regulators and landlords.

The Topshop tycoon suggested the company voluntary arrangements (CVAs) had comfortably cleared a vote by landlords and creditors on Wednesday, following speculation that the decision had been on a “knife-edge”.

The vote gave the go-ahead for the closure of 23 stores, putting 1,000 jobs at risk, while another 25 will be shuttered as part of a wider restructuring.

Landlords will also receive smaller amounts of rent on certain properties, with some reduced to half the original price.

Nonetheless, Sir Philip said the move was cause for celebration for Arcadia’s workforce and supply chain.

Some 18,000 jobs could have been at risk if the group – which owns Topshop, Burton, Miss Selfridge, Topman, Dorothy Perkins, Wallis, Evans and Outfiti – failed to secure its future in the vote.

Speaking to the BBC, Sir Philip said: “It didn’t come close to collapse. We won the vote. It was a legitimate vote, and it was won.

“There are companies announcing they are closing 100 stores… everybody knows it’s a changed marketplace.

“Customers are shopping differently, they want a different service – (the) market’s changed completely.”

Sir Philip said “many more landlords” had voted in favour of the plan than opposed it.

He added: “As far as I’m concerned (it’s) about a celebration for our workforce (and) our supply chain.”

Sir Philip acknowledged that more could have been done several years ago to adapt to changing consumer behaviours.

He said: “The market place has changed forever – people want a different kind of service. Should we have seen that three or four years ago – maybe. But now we need to get on with the job.”

The proposals were passed at a second meeting on Wednesday, which came a week after the first was postponed.

The initial vote was adjourned after it became clear that there was not sufficient support among landlords.

Sir Philip and his wife Lady Green then proposed less severe rent cuts in a bid to appease the opponents of the proposals.

However, the CVA remained contentious as it will involve the closure of 23 stores in the UK and Ireland.

Another 11 Topshop and Topman stores in the US were earmarked for closure, while an additional 25 Miss Selfridge and Evans stores were also slated to be axed.

The initial plans also included a reduction in the company’s contributions to its pension fund, alongside a fresh injection of cash into the scheme.

However, Arcadia agreed with the pensions watchdog last week that Sir Philip would contribute another £25m – bringing the total cash and security package to the value of £310m.

Frank Field MP, who chairs the Work and Pensions Committee, welcomed the decision, but called on the businessman and his family to make a binding promise that whatever happens, pensioners will get their full entitlement.

The city had mixed reactions, with some welcoming the jobs the deal has saved, and others questioning what this means for future CVAs.

Responding to the decision, Melanie Leech, chief executive of the British Property Federation, said: “CVAs are never easy as property owners are being asked to absorb large losses, which impacts the investment that these owners manage, including many of our savings and pensions. However, ensuring a sustainable future for the UK retail sector is equally critical to both the property and retail sectors.”

Speculation began early this year that Sir Philip would look to either sell off the company, or close stores.In March, Arcadia confirmed it was exploring options to improve efficiency in the business.

Later that month, it hired property advisers to assess its estate while drawing up restructuring plans.

In April, US investor Leonard Green & Partners sold its 25% stake in Topshop and Topman back to the parent company, in a move which Arcadia said simplified its structure and would allow the board to focus on restructuring.

Sir Philip’s reputation has been left damaged by the 2016 collapse of BHS, which resulted in the loss of 11,000 jobs. The tycoon faced criticism for his handling of the retailer and eventually agreed to pay £363m of his own money into its pension pot.