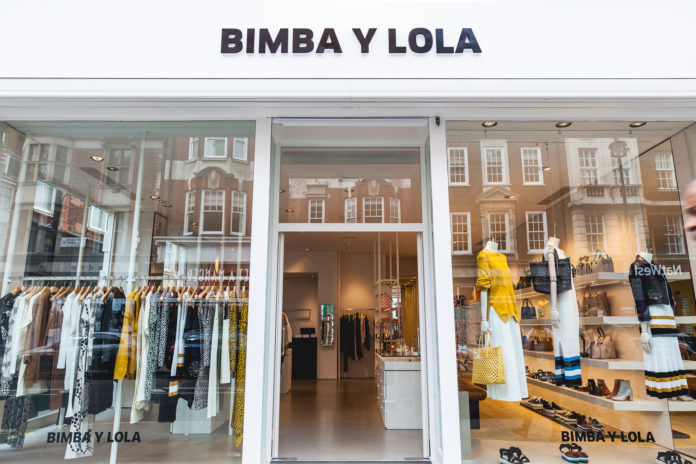 Based on a corner plot where Marylebone High Street meets St Vincent Street, the store benefits from full length windows to the front and side. The almost entirely white interior presents a chic backdrop to the brand’s colourful SS16 collection, covering ready-to-wear, swimwear, footwear and accessories with retail price points ranging from around £30 for a t-shirt to £300-plus for a coat.

The Marylebone neighbourhood has become something of a destination for premium and high-end stores. Near neighbours of Bimba y Lola include Matchesfashion.com, Anthropologie, Ash and By Malene Birger, which last autumn unveiled its new concept store on the High Street.

Bimba y Lola’s other stores are based in similarly affluent neighbourhoods such as the King’s Road, Westbourne Grove, Hampstead High Street, Richmond-upon-Thames and Canary Wharf.