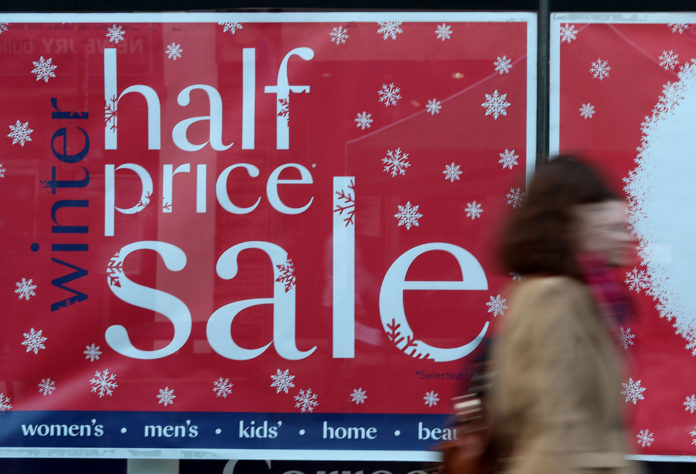 Shopper footfall for the post-Christmas sales was down -4% on 2018 in a bitter blow for retailers hoping for a positive end to a difficult year.

Following a lacklustre two weeks before Christmas, shopper footfall dropped by an average of -4% on all but one day between 26 December and 1 January, retail analysts Springboard said.

39 December saw footfall increase across all destinations by +11.1% but this was likely to be because the day fell on a Monday rather than a Sunday in 2018, allowing for longer trading hours.

The most modest decline in footfall was on 27 December, which saw a drop of -2.3% to perform better than Boxing Day’s fall of -8.6% on the year before.

Springboard said 27 December and 28 December were now key shopping dates, with footfall on each of these days some 7% higher than on Boxing Day.

Diane Wehrle, insights director at Springboard, said: “Post 5pm on Boxing Day, footfall declined by less than over the 24 hours, suggesting that consumers are increasingly using Boxing Day primarily for leisure purposes, going out to eat or to the cinema, but possibly combining this with a visit to retail stores rather than shopping being the main focus of the trip.”

The figures were slightly better for London’s West End, including Bond Street, Oxford Street and Regent Street, where post-Christmas footfall was up +0.2% on 2018, according to the New West End Company.

Artjom Hatsaturjants, head of insights at the New West End Company, said: “Over the seven days post Christmas more than 5.2 million shoppers visited the West End, with stores reporting a strong presence of international shoppers over the period from the Middle East, China and the US boosting footfall with a year on year increase of 0.2% over the period.”