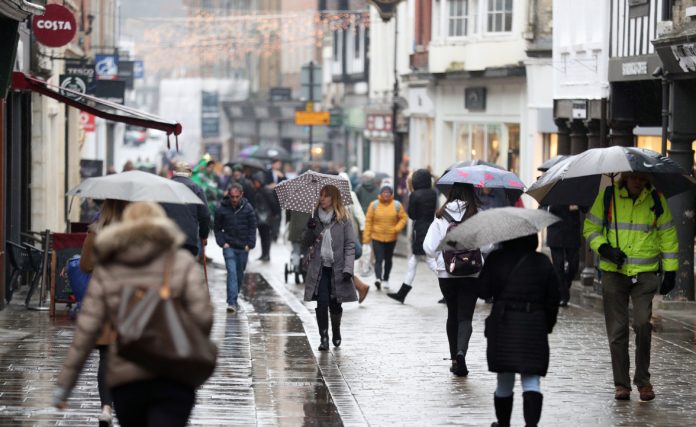 Shop prices have fallen for the first time in eight months after high street retailers resorted to heavy discounts to lure in cash-strapped shoppers amid the recent wet weather, while the British Retail Consortium has called upon the next Prime Minister to avoid a “cliff edge” Brexit in October at the most crucial time for retail.

Prices were down 0.1% in June – the first fall since October last year – and a marked reversal of the 0.8% inflation recorded in May, according to the BRC-Nielsen Shop Price Index.

Non-food price deflation drove the fall, with a drop of 1.2% as the cost of clothing and footwear, furniture, electricals, DIY and other categories were all below the level of June 2015 prices.

But food inflation held steady at 1.8% as fresh food price increases eased back to 1.4% from 1.5% in May, which was offset by a surge in the cost of ambient foods, which recorded inflation of 2.3%.

The report said retailers have been slashing prices to boost trade in poor early summer weather and as shopper finances come under “significant strains”.

Helen Dickinson, chief executive of the British Retail Consortium (BRC), said: “While the overall fall in prices was small, and food inflation remains steady, it nonetheless represents a welcome break for consumers after several months of inflation.

“It is also a sign of the fierce competition between retailers.”

Supermarkets have been cutting prices to help offset cost increases they are seeing in the supply chain, which is keeping food inflation broadly stable, according to the report. But high street shops have been pressured into deep discounting.

Mike Watkins, head of retailer and business insight at Nielsen, added: “On the non-food high street, retailers are maintaining the level and depth of price cuts, to help drive footfall following dampened demand due to the weather and wavering retail spending.”

The BRC also made a plea to the Government to reach an agreement on Brexit to avoid a cliff-edge withdrawal on 31 October – which it said was coming at the “worst possible time for retail”.

Dickinson said the new deadline coincides with the “height of preparations for Christmas and Black Friday, which are peak trading periods, threatening to cause disruption for consumers and businesses, and making further stockpiling of goods almost impossible”.

“It is vital that the next Prime Minister reaches a deal with the EU and avoids the cliff edge,” she said.