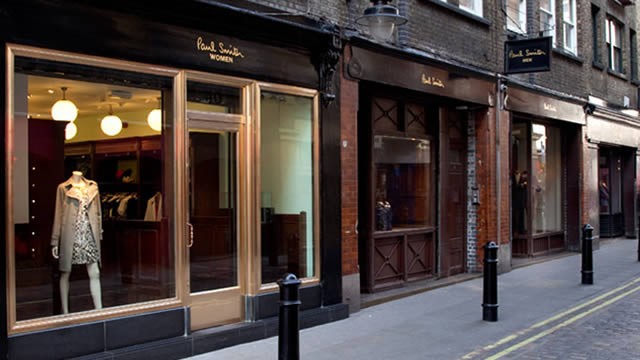 This week started with news that Jigsaw is closing its Bluebird concept. After 15 years, the majority of those spent at the quiet end of the Kings Road in Chelsea, it recently moved more central to the prime site of the refurbished “Carriage Hall” on Covent Garden’s Floral Street.

Named after the art-deco car garage it was once housed in, the store relocated in May 2018 and was part of the landlord Capco’s relaunch of Floral Street, alongside the first central London outpost of Petersham Nurseries.

Stocking a mix of designer labels and maison objets, after just over 18 months in this location, The Shop at Bluebird, to give it its full title, is closing its doors for good this week.

Does its short spell on Floral Street illustrate how a once thriving, premium fashion street in a central location is struggling to pull in the shoppers? Maybe, but Jigsaw is sticking with the street and will convert the former Bluebird store into a larger Jigsaw store format to be opened next month.

The Shop at Bluebird: to become a new format for Jigsaw

Floral Street, a charming cobbled street just off the busy James Street, has been a fashion destination since the late 1970s. A pioneer of the area, Paul Smith opened his first store in London at 44 Floral Street in 1979. Over the next 20 years, Floral Street became one of the coolest fashion streets in London. Agnès B, Nicole Farhi, Jones, a cult designer menswear retailer, and Jigsaw Menswear were just some of the stores to make this street blossom. It’s slightly off-the-main-drag location was part of its charm.

Today, many tourists and shoppers walk straight past to the busy market area with its plethora of beauty brands or upwards to the more high-street Long Acre. Peer down Floral Street and it doesn’t look like much is there but there is. French brands A.P.C. and American Vintage have signed for stores there, while cult online beauty brand Glossier is currently running a physical pop-up. Though perhaps these are overlooked by shoppers who are not in the know. 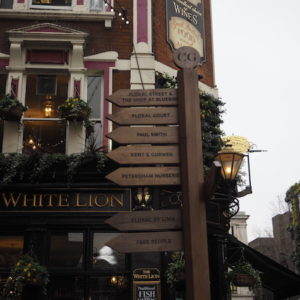 Floral Street isn’t alone, the same thing has happened to South Molton Street in Mayfair. On a map they geographically look as central and in-the-mix as anything else, but they, seemingly, get so easily passed by. Since the millennium these streets have been struggling.

Even Browns, the main pull of South Molton Street, is moving. It has occupied its collection of small stores since 1970 and is now moving out. Running from Bond Street Tube station, on the corner of Oxford Street, diagonally down towards Brook Street, South Molton Street has long been a stylish cut-through. Today, it has become more synonymous with people giving out free mini samples of soap than a chic retail destination. 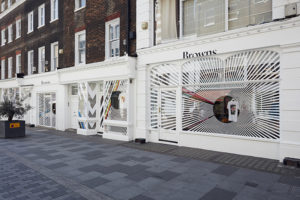 Browns is closing its collection of awkward stores to move around to a new, singular location on Brook Street. Now owned by online giant Farfetch, Brown’s new store will open this summer in time to celebrate its 50th anniversary.

While not being able to comment on the reason they are moving out, Holli Rogers, CEO of Browns and CFO of Farfetch, said: “It really is telling that we found this incredible location to be our new home as we also look to celebrate our 50th anniversary. It was important that we stayed in the heart of Mayfair bringing our clients on this exciting journey, whilst honouring the path we’ve been on and looking to the future of Browns as a pioneer of luxury multi-brand retail with a technology viewpoint. Being in one dedicated space, we are excited to be able to offer a vital and engaging customer experience that draws on the store of the future technology whilst also playing homage to the history and story of both the location and fundamentally Browns.”

So what will become of South Molton Street as even more empty shops pile up? Landlord Grosvenor is proposing investment in a “South Molton Triangle” as the delayed Elizabeth Line finally opens in summer 2021 bringing many hundreds of thousands of more people into the area. But, they’ll need to entice them to venture down South Molton Street and not lose them to Oxford Street.

Boundaried by Davies Street, Brook Street and South Molton Street and well-known as the home of Grays Antiques Market, this part of Mayfair was always a welcomed pedestrianised break from busy Oxford Street.

Grosvenor launched a public consultation in the summer of 2018, no doubt expecting the new underground station and line to be finished sooner. Simon Harding-Roots, executive director, Grosvenor Britain and Ireland, said at the time: “Our proposals are at a very early stage and we want to encourage feedback on how new investment could best serve the community above and beyond the opportunity to better manage increased pedestrian numbers. It is important to us that local voices are incorporated into the planning submission we will ultimately make.”

“The West End is currently ill-equipped to cope with the levels of pedestrian traffic we already see every day, let alone the arrival of thousands of extra visitors expected from the Elizabeth Line. Many of Mayfair’s pavements are too narrow, routes were built for a different era and, perhaps counter intuitively, there are not enough services for those living in and visiting the area.

“We recognise the potential of the South Molton Triangle to address a number of the issues the local community faces. By proposing new investment here, we will be able to better protect and enhance the character and simple enjoyment of living and working in one of the most desirable places in London and the West End.”

These areas need more than simply people management, new pavements and street furniture and it feels like landlords, Capco and Grosvenor, have maybe been focusing on larger and juicer parts of their estates rather than these streets which are more on a Victorian and Georgian scale. At the same time streets like Chiltern Street to the North of Oxford Street and areas like Coal Drops Yard in King’s Cross have developed and are doing what these locations used to do; offering desirable and not widely available cool.

Being surrounded by hugely popular shopping areas, there is no reason why Floral Street and South Molton Street can’t return to this. They need to find a new reason to be, channel people accordingly and demonstrate what is “cool” in 2020. 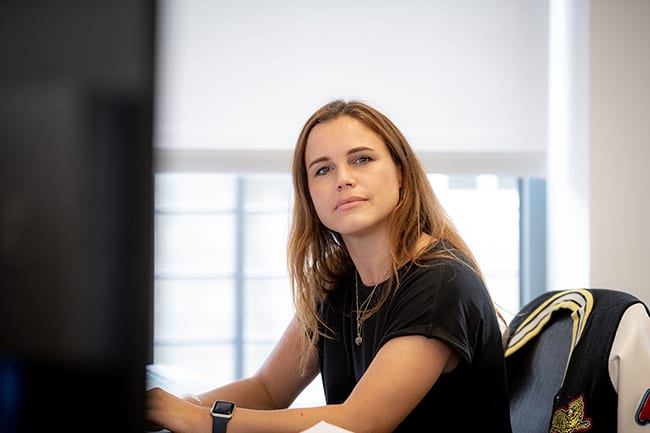 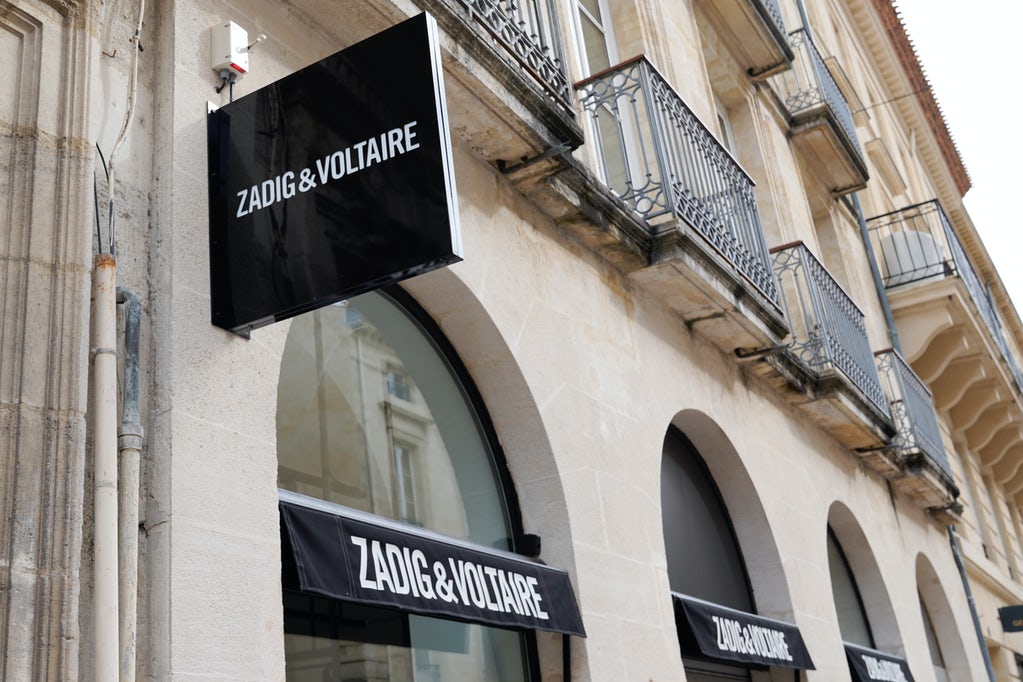 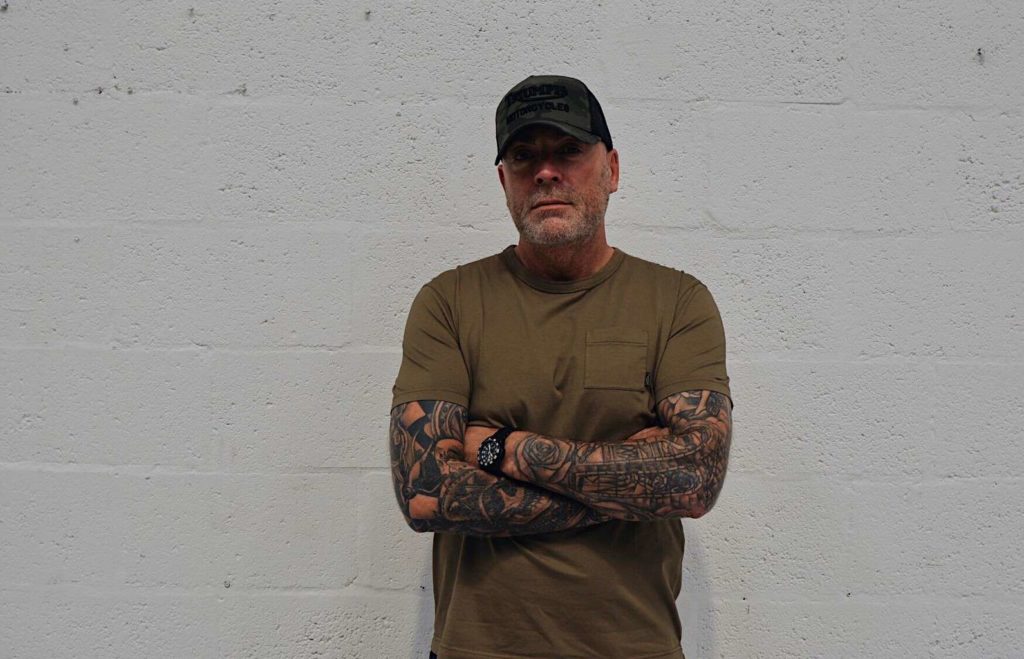