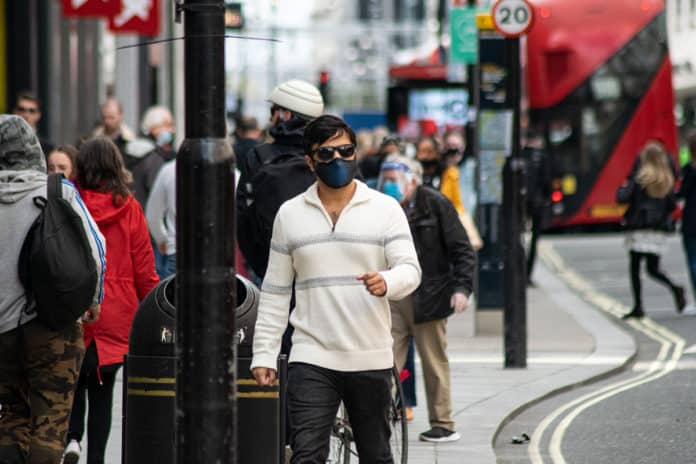 Footfall across all UK retail destinations declined by -4.2% last week, 5-11 September, compared to the week before, with people returning to offices and back to school cited by retail experts Springboard.

The greatest declines were in shopping centres at -7.7%, and retail parks at -4.7%, while footfall dropped by -2.2% in high streets.

Across Central London as a whole, footfall dropped by -7.8%, but Springboard’s “Central London Back to Office Footfall Benchmark”, which tracks footfall in key Central London locations where offices are located, showed a rise in footfall of +4.2% suggesting that a drift back to offices for some employees has started.

With the main holiday season drawing to a close, footfall dropped by -10.4%, though it rose by +2.6% in market towns and +3% in outer London.

The drop in footfall across all retail destinations meant that the gap from the 2019 footfall level widened last week to -17.3% from -15.8% in the week before.

In contrast, the uplift in footfall in market towns and in outer London meant that footfall in both of these two town types last week was -15% below the 2019 level, compared with -34.7% in Central London and -21% in regional cities outside of the capital.

Diane Wehrle, Insights Director at Springboard, commented: “If any evidence is required as to the relevance of footfall as an indicator of consumer activity it was provided by the results for last week; the commencement of the school term and the return to work of those who had been on holiday led to a decline in footfall across all retail destinations last week from the week before, with a far greater drop in activity in coastal towns which had been visited by many for staycations and daycations over the summer.

“In contrast, footfall rose from the week before in both outer London town centres and in market towns while declining in both Central London and in regional cities outside of the capital, demonstrating that the majority of employees continue to work from home.

“Working at home is clearly supporting high streets generally, with a decline in high street footfall across the UK last week from the week before that was less than a third of that in shopping centres and half that in retail parks.

“Although it is evident that the vast majority of employees are continuing to work from home, it seems that the drift back to offices might have commenced; Springboard’s “Central London Back to Office Footfall Benchmark” (which comprises only those locations in areas with offices rather than retail) showed a rise in footfall last week from the week before, while across Central London as a whole footfall declined.”