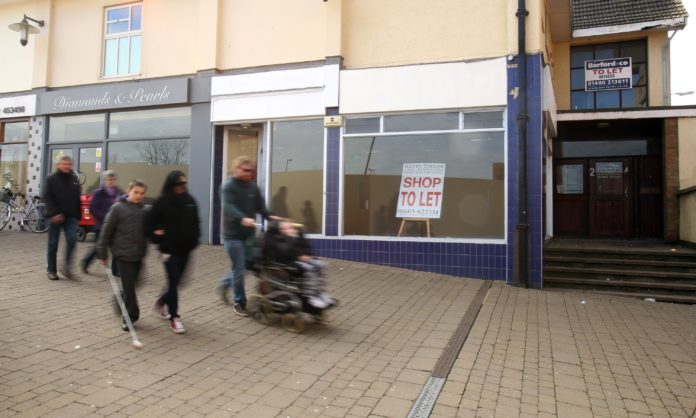 A group of more than 50 high profile retailers from Harrods to Marks & Spencer and River Island has written to Chancellor of the Exchequer Sajid Javid to demand action from the Government to fix the “broken” business rates system.

The Bosses from the companies, which also include major supermarkets such as Asda and Sainsbury’s, have written to Chancellor Sajid Javid calling for “fundamental” reforms to the taxes paid by businesses on the properties they occupy.

News of the letter comes the day after new figures showed the number of empty shops in town centres had risen to its highest level since 2015, with the vacancy rate hitting 10.3% last month.

Helen Dickinson, chief executive of the British Retail Consortium, which co-ordinated the letter, described the current business rates system as “broken”, adding that it “holds back investment, threatens jobs and harms our high streets”.

“The fact that over 50 retail CEOs have come together on this issue should send a powerful message to Government,” she said.

“Retail accounts for 5% of the economy yet pays 25% of all business rates – this disparity is damaging our high streets and harming the communities they support.”

The letter calls for a freeze in the business rates multiplier, which is set by the Government and adjusted each year in line with inflation, as well as reform to business rates relief.

The companies said the changes should be put “at the heart” of an economic package promised by Prime Minister Boris Johnson to boost business as Britain leaves the EU.

Michael Ward, managing director at Harrods, said he hoped the Government would have the ambition to undertake “a drastic review of Britain’s out-dated business rates tax system”.

River Island chairman Clive Lewis added: “The burden that rates places on all high street businesses not only stifles growth but is a major contributor to the closure of stores and the resulting decline in towns across the country.”

Meanwhile, Tesco has been quietly building up support for its plans to overhaul business rates, with finance chief Alan Stewart writing a series of letters to the bosses of rival retailers.

The boss of the UK’s biggest supermarket, Dave Lewis, wants the Government to cut business rates by 20% and make up the shortfall with a 2% levy on all online retail sales.

However not all retailers agree with the notion of an online sales tax arguing that it would curtail their ability to grow their online businesses and that smaller companies would be obliged to pass on the tax to consumers making them less competitive to other, larger online retailers who would be better able to absorb the tax.

One opponent to the idea said yesterday: “We are all trying to expand our online business and [an online sales tax] could hamper that, if we had to pay more tax for online sales. I also don’t want to over-complicate an already complicated tax system.”