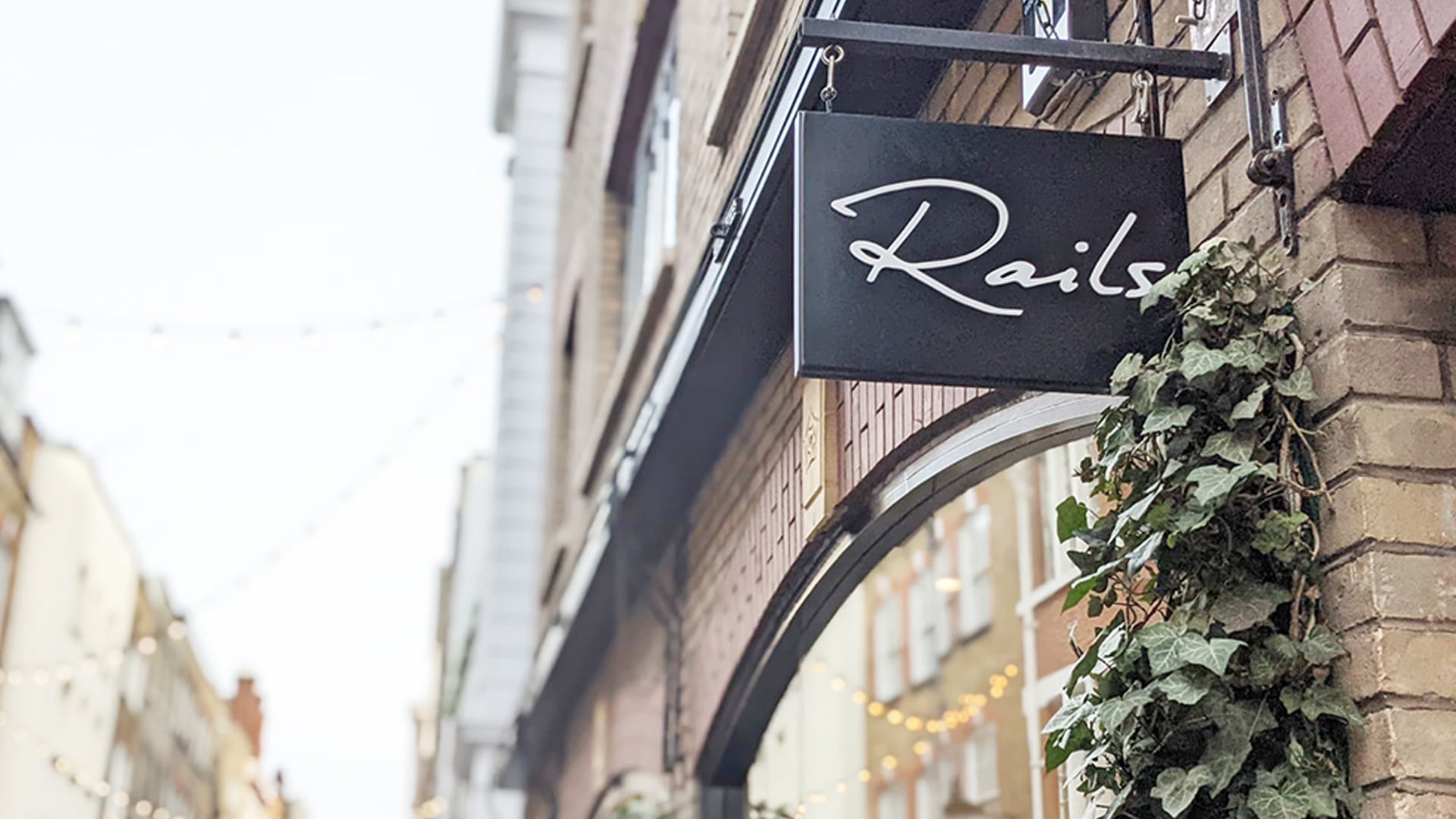 Selling quintessential Southern Californian style to Londoners in March may not, on the face of it, look like the easiest of tasks but when TheIndustry.fashion visited the new Rails store in Covent Garden on a chilly Tuesday at midday, customers were spending and some of them were (seemingly unbeknownst to them) served by the very man who founded the business in LA 15 years ago, who is working the floor.

Jeff Abrams established Rails in his home town and it pretty quickly established a reputation for its super-soft, signature plaid shirts picking up premium wholesale accounts globally including Saks Fifth Avenue and Intermix, in the USA, and Trilogy and Selfridges in the UK. That it was worn in the early days by A-listers such as Gisele Bundchen, Beyonce and Kate Moss was something of a help too. Having established a global e-commerce business (with UK sales now fulfilled from a warehouse here), it is setting its sights on retail expansion with London a key focus market. 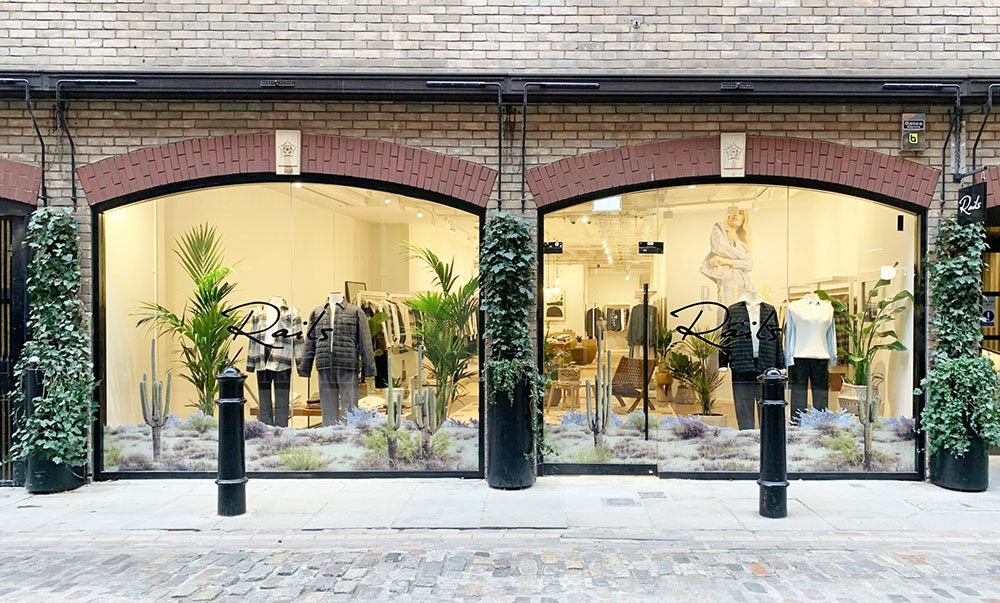 In January it opened its first London retail store on Covent Garden's Floral Street and has also opened in one of the capital's most upscale neighbourhoods, Notting Hill. It's at Covent Garden where we meet Abrams and it's clear he's taken to London as much as the City has taken to him. This past Saturday, the store took the highest takings of any of the six Rails global stores with the whole collection – which now encompasses signature shirting as well as knits, dresses, sweats, tailoring, denim and outerwear – selling well. "We're best known for our shirts but dresses make up 35-40% of our Spring business and we've got mini, midi and maxi lengths, so there's something for everyone," Abrams says.

"We've tried to put all of Spring on display," he explains of the approach to the new store, "you'll see there's a lot of negative space in the store so the collection stands out." And what stands out most is just how vast the collection is now. Merchandised into colour stories from classic navy, to poppy pastels, black and white and neutrals and khaki, the collection is broad and deep and, in a move that other brands with bricks & mortar stores should note, it's all here. Not for this store a minimum offering with customers urged to go online for the full brand experience; if anything this store appears to have more to offer than its website. 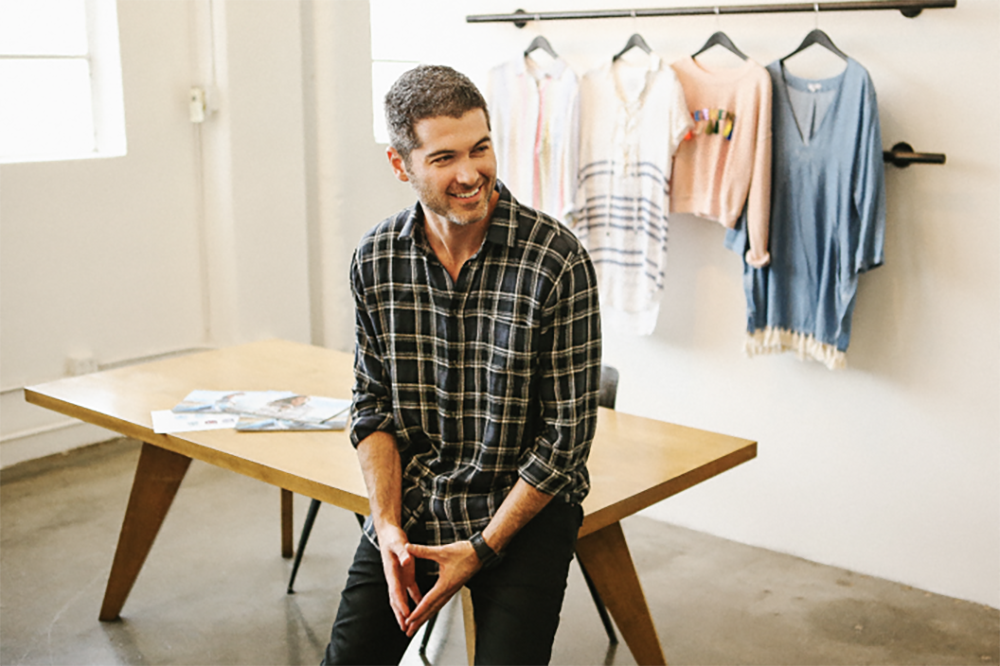 Most of the space is given over to womenswear but there is also a growing selection of menswear, housed to the rear of the store, near the fitting rooms. It's a smart merchandising move in fact, as Abrams points out. "Men start here" he says gesturing to seats at the front of the store to seats where men typically sit while their partners shop, "then they get this far" he says pointing to huge leather easy chairs near the cash desk, "and eventually they end up here" he jokes pointing to the rails of men's clothing, which includes easy trousers, shorts, sweats, t-shirts, terry polos, and, of course, the obligatory shirting. A relaxed wool blazer with added stretch in the fabric has been popular (comfort is key, even with tailoring).

Abrams believes the store overall has been popular because "you can shop the whole collection and the brand is so tactile, [touch is] the core DNA of our business. There's an emotional connection people build because of touch." Indeed pretty much every item in the collection is impossibly soft. Even what looks like a crisp cotton poplin shirt takes on an almost silky quality when you touch it. Abrams is frequently asked for his "secret sauce" by customers and rivals, and it turns out that it's Tencel, but such is the magic-like quality of the fabric, it feels like there must be more to it than that. 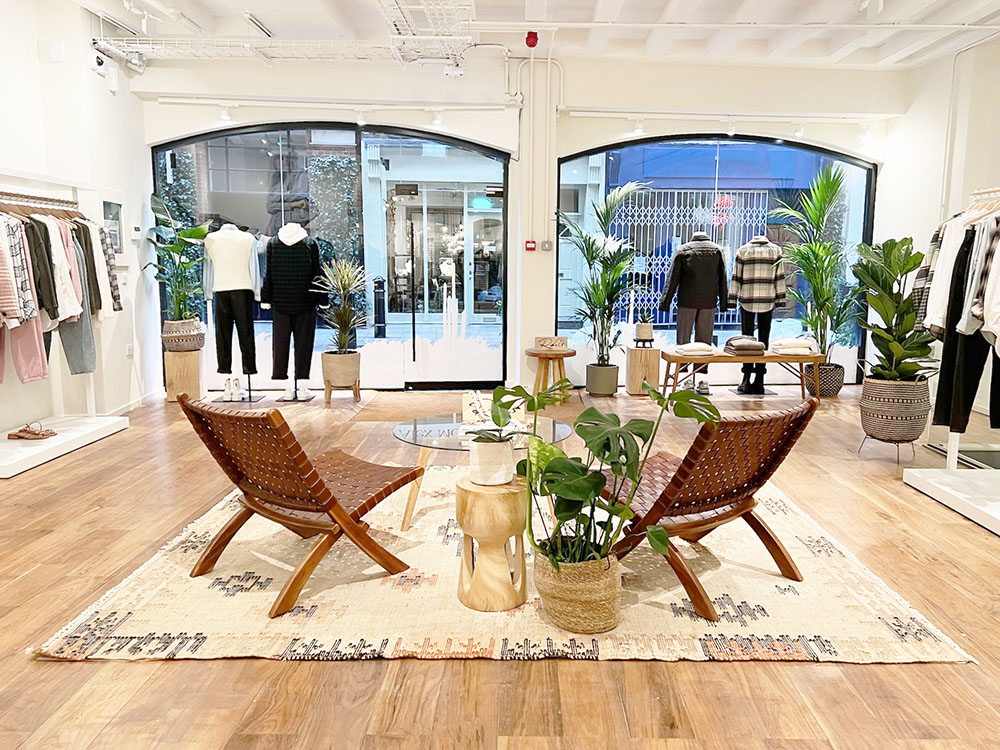 Whatever it is, it's going down well. Abrams frequently breaks off the interview to go and attend to customers personally, have a chat and compliment them on their choices. He's keen to know where the customers have come from and what's resonating with them, with any customer feedback relayed to the UK HQ team who are based beneath the store, along with the showroom. 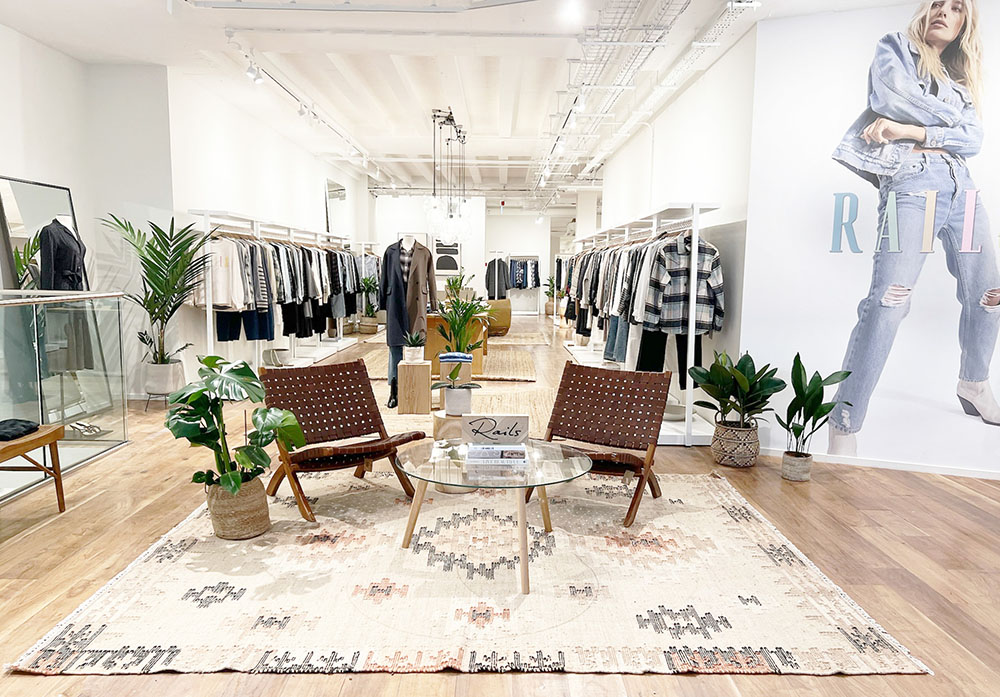 That the showroom is beneath the store is also key and it's one of the reasons why the store is fully merchandised, so buyers coming to the showroom can see the true extent of the brand. "When you are a wholesale brand, you can be at the mercy of how buyers see the brand," explains Mackenzie Bryant, EMEA managing director for the brand, who is based in Covent Garden. When they see the store, buyers will any perception that Rails is a brand that merely acts as the "top half to denim" challenged. Yes, it does do that but a whole lot more too, and since AW21 season, it even has its own denim. 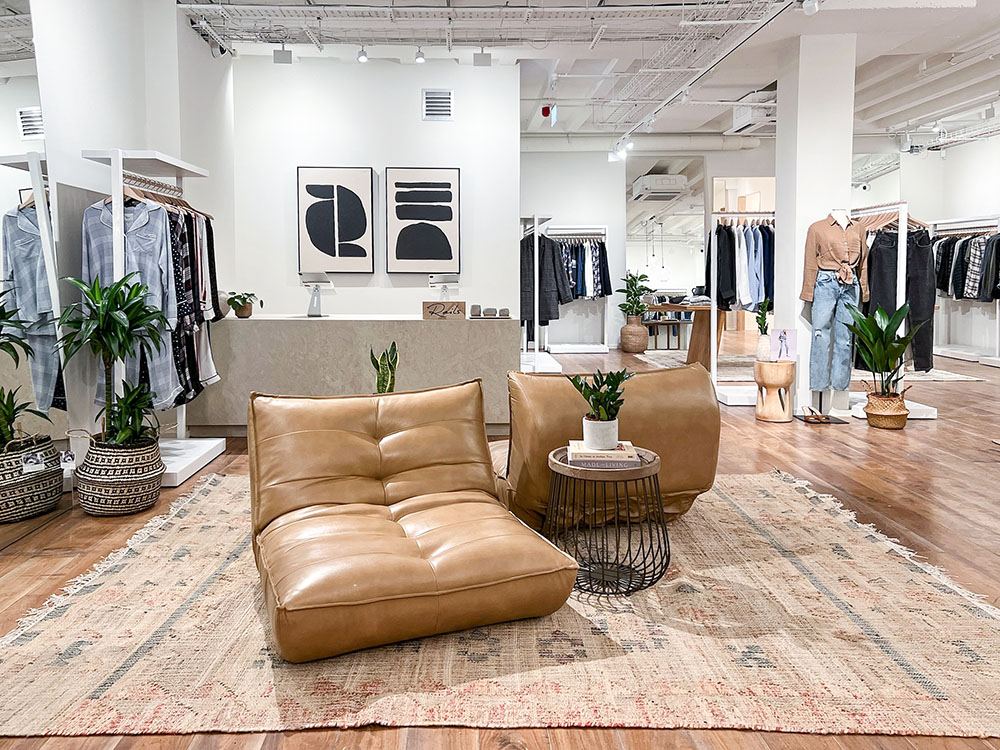 Having a retail store can also help with wholesale conversations across the board, adds Bryant, "because we can back up what we're saying with data from our London stores".

As well as London, Abrams has its sights set on Paris, where it has opened in Le Marais and, following a party this week to mark the brand's new stores here, he is off to the French capital, where he is also planning a significant presence at Galeries Lafayette. He's also mulling a move into soft homewares (who wouldn't want to sleep in Rails bedding?) and we leave him musing the idea of launching at the very least a scented candle, if not a full body care line. While he likes to make his moves in a careful and considered way, you just know there is more to come.

"It's the 15th year in business," he says, "and every year starts like year one."

Last year Jeff Abrams appeared as a guest on our In Conversation podcast, produced in partnership with Klarna for Business. Listen on demand here. 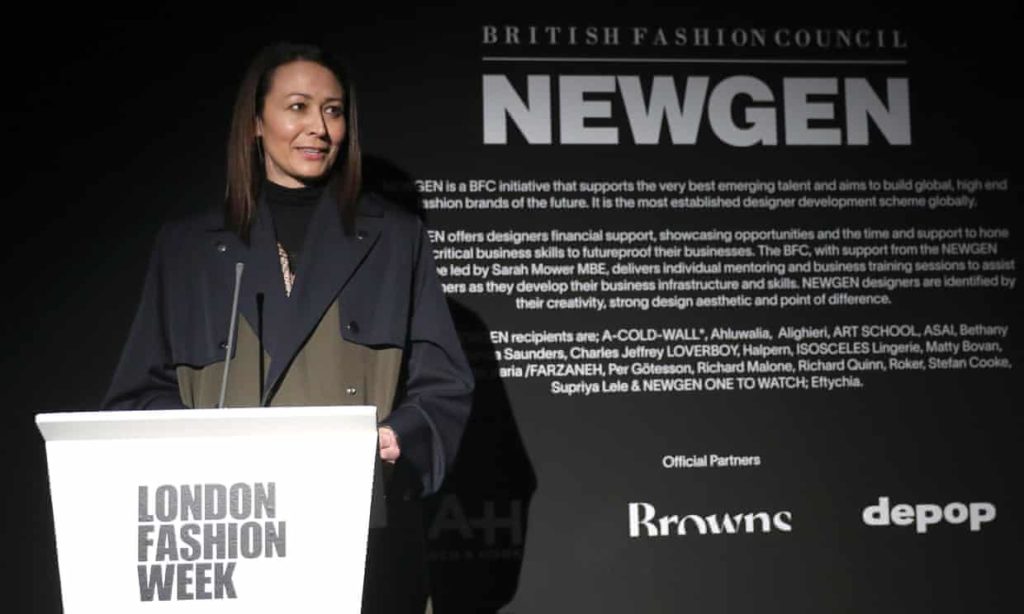