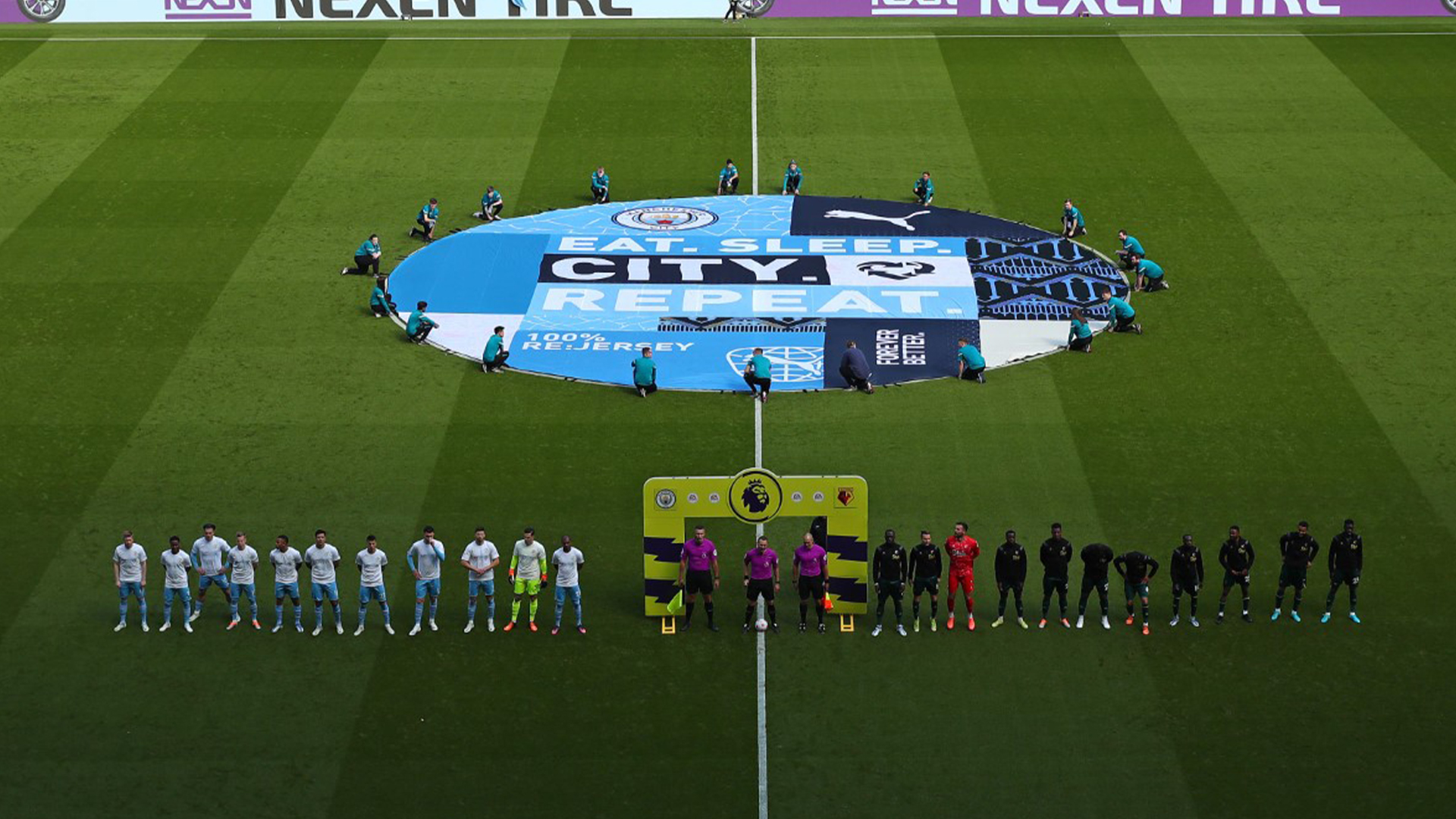 Puma’s new RE:JERSEY initiative – which is seeing old football jerseys recycled to make new ones – kicked off at Manchester City’s Etihad Stadium on Saturday before their match against Watford.

City players wore special repurposed Puma jerseys in the pre-match warm-up, and the initiative featured boldly on the centre circle of the pitch prior to kick-off with the message “Eat, Sleep, City Repeat – 100% RE:JERSEY”, on a bright blue patchwork.

RE:JERSEY aims to reduce waste and “pave the way towards more circular production models in the future”.

Puma’s football kits are already made from 100% recycled polyester, but the shirts worn ahead of Saturday’s game were made with 75% repurposed football jerseys.

The remaining 25% was produced from SEAQUAL MARINE PLASTIC, a sustainable and fully traceable raw material from the SEAQUAL INITIATIVE, which uses marine litter and old fishing nets.

Starting from today, Puma has also set up special collection bins at the City Store next to the Etihad Stadium, inviting fans to donate their polyester items so they can become a part of the new garment-to-garment recycling project.

Matthias Bäumer, General Manager BU Teamsport at Puma, said: “As part of our Forever Better sustainability strategy, we want to take more responsibility when it comes to the end of life of our products. With RE:JERSEY, we are taking an important step in garment-to-garment recycling which will help us reduce waste in the future.”

“With RE:JERSEY, Puma is looking for new ways to make sporting goods more circular and we are proud to be able to play a part in this journey, working to engage fans, community, workforce and partners – actively collaborating for a better future.”

The products made in the RE:JERSEY project will also make an appearance during the upcoming pre-match warm-ups by Manchester City’s women’s team against Leicester on Sunday, as well as by other Puma supplied clubs including AC Milan, Borussia Dortmund and Olympique de Marseille in April and May. 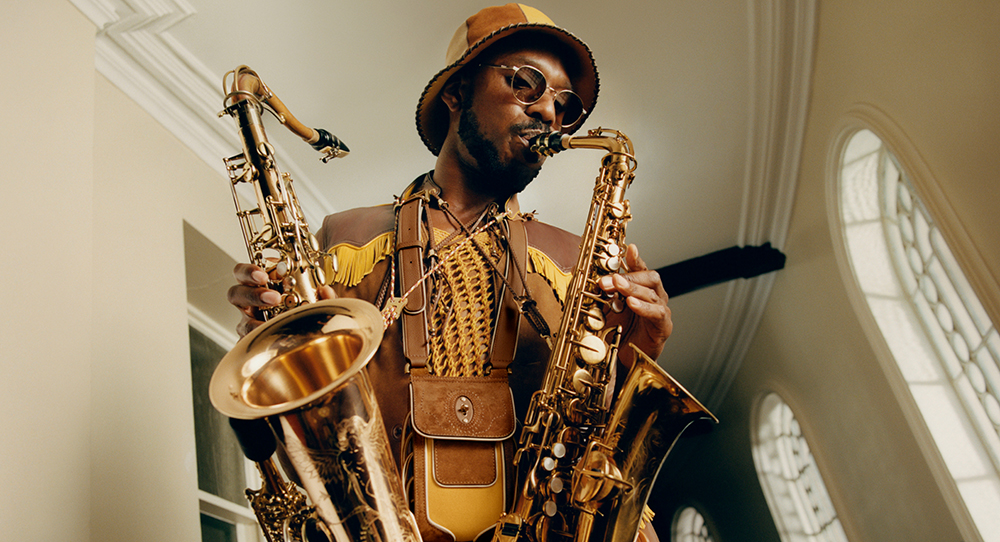 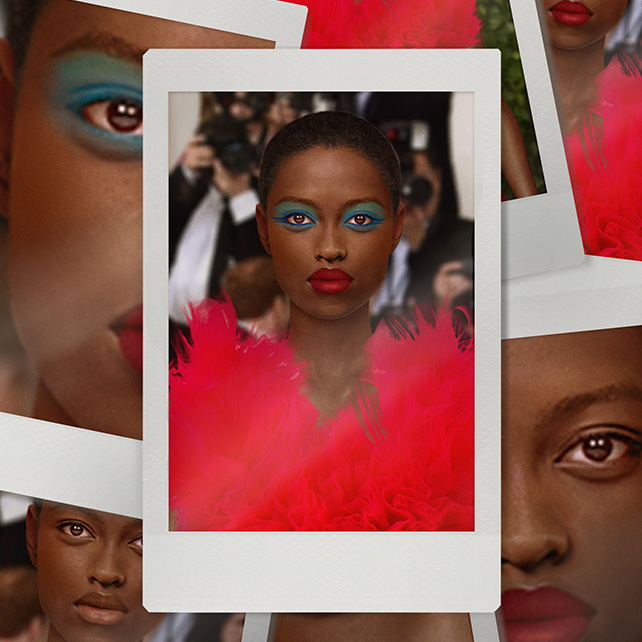