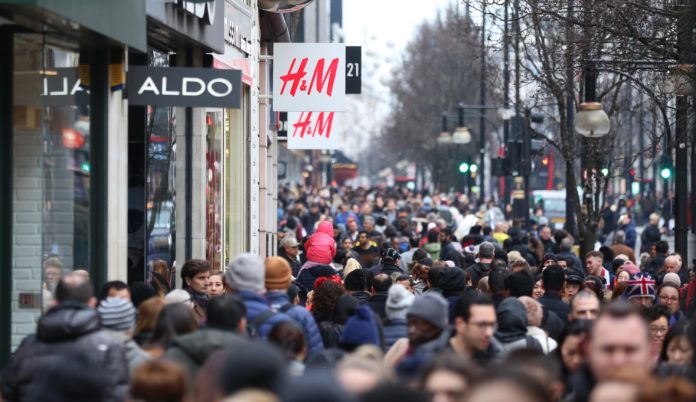 The Prime Minister has pledged to cut business rates for thousands of retailers, pubs and restaurants across England and Wales to aid under-threat high streets.

In today’s Queen’s Speech, the Government said it would increase the retail discount on rates by a third to 50%, at a cost of £320 million.

High streets have been badly affected by shop closures and administrations in recent years as firms struggle to cope with soaring rents and significant business rates.

The Queen told Parliament: “To support business my Government will increase tax credit for research and development, establish a national skills fund and bring forward changes to business rates.”

The policy matches the Conservatives’ manifesto commitment to reduce business rates and implement the tax break across shops, restaurants, pubs and cinemas from April.

The tax break will be implemented across more than 400,000 retail properties which have a rateable value under £51,000.

Experts and analysts welcomed the commitment to address the issues with business rates, but said more work needs to be done in the long term.

Robert Hayton, head of UK business rates at real estate adviser Altus Group, warned that manifesto costings meant the £770 million retail discount for next year would be removed in April 2021 and replaced with just a £10 million a year discount for the following three years.

He added: “The three main issues for business is the total level of the tax take, up £6 billion a year since 2010; ensuring that rates bills fall in line with declining property values at the next revaluation rather than tax reductions being gradually phased in with the need for excessive property valuations to be corrected far quicker.”

The details from the Government are expected to be revealed more fully at the budget next year, alongside a review of the current rates regime.

The Conservatives had already promised in the last parliament to change the revaluation – which determines how big the rates bill should be – from every five years to every three years.

This was slated for a vote, but following the prorogation of parliament the bill for the new legislation was dropped – despite an estimated £50 million already spent on preparations.

Revaluations are a major sticking point for retailers, with many saying they create an artificially high rates bill.

Earlier this week, Sports Direct’s Mike Ashley called for an overhaul of business rates, pointing out he would have to start closing some unprofitable House of Fraser stores, which pay no rent but have rates bills based on outdated valuations of the properties.

Ashley said on Monday: “All I want to do is pay the right amount of rates. We have stores that are massively profitable that pay too little rates. The rating system is such a joke. It’s so broken and unworkable.”