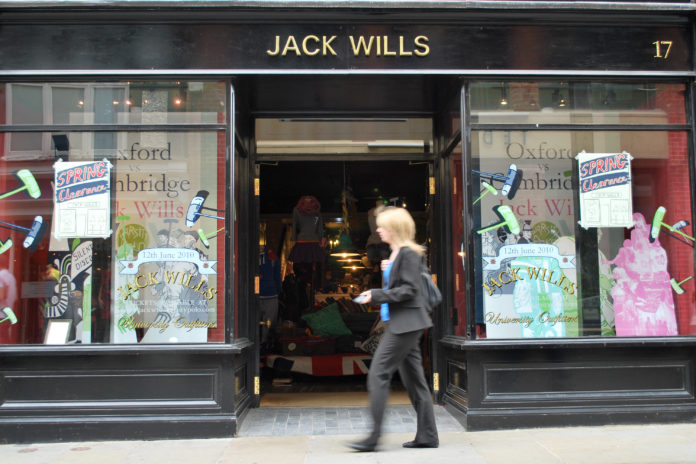 Retail tycoon Philip Day wants to keep struggling Jack Wills out of administration if he can fend off competition from Mike Ashley to buy it.

With the bidding process for the brand entering its final hours, PA (Press Association) understands that Day’s Edinburgh Woollen Mill Group has put in a bid for the struggling fashion brand which would seek to avoid a pre-pack administration.

Reports over the weekend suggested that Ashley’s Sports Direct is now the favourite to win the race for the preppy high street staple.

But his takeover would involve a pre-pack administration – a type of insolvency in which Jack Wills would be placed into administration and then immediately sold on debt-free.

The new owner of the brand is expected to be announced by advisers at KPMG as soon as today.

Sources close to the process told PA that Day hopes to buy the company’s debt and has committed to not considering any restructuring for the first month of ownership.

Day is also expected to install either himself or an ally as executive chairman and provide a £12 million working capital fund to cover the chain’s near-term costs.

PA understands that Day believes there are synergies between the brand and Jaeger, which he bought out of administration in 2017.

The showdown between Day and Ashley comes almost exactly a year after the two were front-runners to buy department store House of Fraser, in a process which ended in Sports Direct acquiring the company in a pre-pack administration.

Since then both men have acquired chunks of the high street, with Sports Direct picking up Sofa.com and Evans Cycles, while Day’s vehicle Spectre recently took over women’s fashion chain Bonmarche.