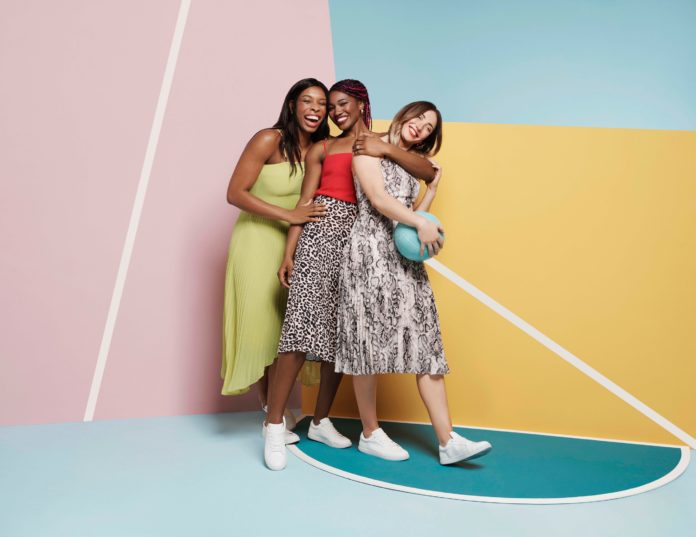 Oasis has announced the launch of its latest brand campaign which features a collaboration with the England netball team, created by London agency Red Bee.The partnership is an evolution of the high street chain’s “‘Lovely Does It” brand campaign that launched in March and featured the multiple talents and achievements of brand ambassadors Nadiya Hussain, Katie Piper and Kara Tointon.

Following Vitality Roses’ [the name of the England netball team] many achievements, Oasis were keen to be part of the growing support for the team and to be the first female high-street fashion brand to partner with a sports body.

Sarah Welsh, Oasis Brand Director, said: “This is a very exciting time for Oasis. We are passionate about ensuring that the Oasis brand remains fresh, modern and relevant for our customer. Women today are multi-faceted and the polymath woman who chooses to shop with us has many interests outside of fashion.

“The success of the England netball team in the 2018 Commonwealth Games has created a ripple effect resulting in a significant increase in amateur and community driven teams. It felt like a natural fit to collaborate with Vitality Roses, taking lead from this team of inspirational women who are the embodiment of the Oasis woman: women who don’t just look lovely, but do lovely.”