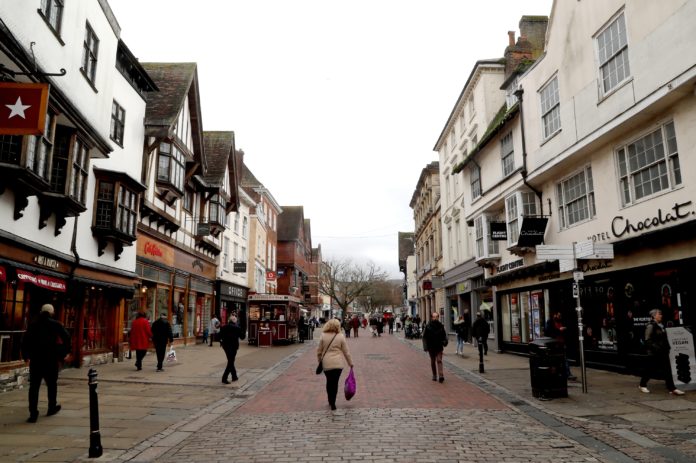 More than 50 major retailers have written to the Government, calling on ministers to overhaul business rates at the Budget next month.

In a letter signed by bosses from high street names, including Ann Summers, Fenwick, Debenhams, Harvey Nichols, Marks & Spencer, New Look, as well as major grocers and furniture chain among others, they said “transitional relief” has seen the industry forced to subsidise others to the tune of £543 million over the last three years.

Coordinated by the British Retail Consortium, the letter also argues that companies outside London are subsidising the capital – despite spending in the South East remaining relatively stable.

Transitional relief is a particular sticking point – and is supposed to help businesses not be overburdened with their rates bills soaring following a revaluation of the amount due.

Limits are in place to help those who are underpaying stagger the upwards transition to a higher bill, funded by overpayers slowing the speed at which their lower bill is introduced.

But the BRC warned those due a lower bill, typically outside London, have subsided businesses in the capital by £596 million over the last three years.

In the letter, bosses point out that the “burden of business rates has become unsustainable for many retailers” and that the system is broken.

They claim scrapping downward phasing of rate would remove the harmful effects transitional relief has on retailers and businesses in the North of England.

Helen Dickinson, chief executive of the BRC, said: “The future of retail is an issue that matters to people everywhere – it employs three million people and serves the needs of the entire country.

“Yet transitional relief undermines both the industry as a whole, and many regions that it serves.

“Northern high streets effectively subsidise London banks, forcing a £600 million transfer of wealth to the capital; this could be used to support investment in people and technology that would benefit all parts of the UK.

“Every year retail faces higher and higher business rates bills, holding back much needed investment in an industry that is transforming at a dramatic pace.

“Swift action at the upcoming Budget would show the Chancellor was serious about levelling up all parts of the UK and supporting a retail industry towards realising a brighter future.”

Rates bills are based on a complicated formula which involves analysis by Government inspectors into rental values of all business premises in England and Wales, raising around £40 billion a year for the Treasury.

Revaluations previously took place every five years, but businesses are keen for more regular ones especially with the rental market in retreat as retailers and landlords see high levels of store closures.

A Treasury spokesman said: “We are committed to levelling up the country and want to see thriving high streets in every region. That’s why we’ve committed to a fundamental review of business rates and are halving rates for small shops at the Budget.

“Since 2016 we’ve cut business rates across the board, with reforms that will reduce their cost by £13 billion over the next five years.”

Update: Former Chancellor Sajid Javid resigned during today’s Cabinet reshuffle having reportedly refused to sack all of his advisers. He was replaced by chief secretary to the Treasury Rishi Sunak.