Menswear is rarely out of the news these days whether it’s shows being cancelled or dedicated stores opening. But it all means one thing: this is a sector on a giant growth curve.

It can be hard to tell at present whether menswear is entering a golden age or becoming something of an afterthought to the ‘true’ fashion story that’s going on in womenswear.

On the one hand, retailers are opening menswear-only stores, investing heavily in revamping their men’s areas or reaping the rewards of special collaboration collections that for once are all about menswear.

On the other, at the high-end, they’re cancelling their menswear shows and opting for a ‘gender-neutral’ approach to showing seasonal collections with a timetable that will inevitably be most closely aligned to the women’s show calendar.

But scratch the surface and the picture is clear. Menswear really is on a roll. Sales are rising and men of all ages are becoming more fashion focused. Yet if that’s the case, why are big names apparently cancelling their menswear shows left, right and centre?

So far, Burberry, Gucci, Bottega Veneta, Tom Ford, Vetements and Public School have all signed up to combined women’s and men’s shows. That has punched giant holes in menswear runway show calendars just as events like London Collections Men and NYFW: Men’s seemed to have given extra weight to the existence of men’s shows as separate entities.

Yet one thing is clear, the combo show phenomenon is NOT a sign that menswear is ailing. And while it may make a particular men’s fashion week less exciting, in the grand scheme of things it’s won’t hurt brands’ menswear sales.

If Designer X’s spring/summer 2017 collection is shown in September rather than June, the fabric of society as we know it isn’t going to break down. That’s especially so given that some of the more flamboyant menswear designs sent out on the catwalks bear little relation to what many of designer labels actually sell to their male customers in their stores.

Some catwalk menswear collections live in a fantasy world that can bear little relation to most of what actually appears in-store. That same could be said of womenswear, of course. But it’s still easier to sell an OTT catwalk trend piece in the real world to real (albeit very rich) women than it is to her male equivalent. Yes, there’s a significant market for elaborate luxury menswear but it’s still much smaller than the real menswear business of selling dark suits and brogues to hedge fund managers and CEOs.

So what will the combination of men’s and women’s collections in one show actually give us? Some have suggested it’s all about the move to gender-neutral. But I’m not so sure. Gender-neutral (or unisex as we used to call it) has been around for years. While Gucci’s Alessandro Michele may have made a splash sending men onto the runway in clothes that are just a whisker away from womenswear, again, look in the stores and you’ll see that much of Gucci’s menswear is as assertively ‘masculine’ as it’s ever been. The same goes for Gucci’s men’s shoes and accessories.

Runway collections may be the focus for many of us but in reality they don’t represent the biggest chunk of sales. Burberry, for instance, said only last week that runway only accounts for around 5% of its sales.

For such brands, runway performs a similar function as couture used to. It represents the ultimate expression of the brand and helps sell a raft of products from surprisingly classic small leathergoods (belts, wallets and the like) to fragrances, sunglasses and the all-important high margin bags.

By combining the men’s and women’s shows, the brands aren’t necessarily making bold statements about gender-neutral nor playing down the importance of menswear. What they’re doing is waving the flag for The Brand and actually giving menswear a bigger platform.

And it’s not only by staging combo shows that brands are using high-profile women’s events to boost their menswear. Kering’s Brioni, for instance, is abandoning Milan’s men’s fashion week. The brand, which recently announced street style star and former MyTheresa.com fashion director Justin O’Shea as its new creative director, is going to show its next collection on July 4 and no, that isn’t out of solidarity with the American customer. It’s showing in Paris during women’s couture week as part of its strategy to boost its made-to-measure offer. It will be offering runway looks for immediate order, just as women’s haute couture has always done. 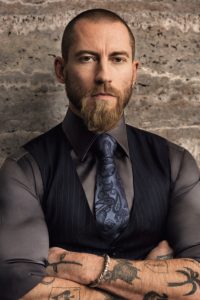 It’s clear that boosting menswear sales is a priority for many brands at the high end and that makes sense. But it also makes sense further down the price scale at both premium and mass-market levels.

It’s not easy to find up-to-date stats about the menswear market but every bit of data and lots of anecdotal evidence suggests menswear is growing faster than womenswear worldwide. Bain & Co said last year that menswear has grown at a CAGR of 4% since 2010 and that’s not a number to be sniffed at in a fashion sector growing increasingly jittery about sluggish womenswear sales.

The figure seems to be borne out by what’s happening on the high street in the UK. John Lewis’s weekly sale updates regularly call out menswear as a growing category and only last week Moss Bros said it’s like-for-like sales rose 5.1% since the start of the spring season. Its e-tail sales also rose 9.7% and sales have been so strong overall that the company hasn’t had to run mid-season price reductions, a situation many womenswear retailers must currently envy.

And with the kind of growth we’re seeing across the sector comes opportunity. It means that, in an industry seemingly dominated by big names, smaller independents can still prosper. That seems to be the case for Kestin Hare, one of the UK’s most promising newer designer names.

You could be forgiven for thinking that the launch of the Alexa Chung Archive collection and Jourdan Dunn kidswear a few weeks back were M&S’s main launch focuses for spring. But at the same time the retail giant also launched a Kestin Hare collab. It may not have been quite as high-profile as the lines by the street style star and the supermodel but it still made a splash.

“The collaboration has received a lot of great press and positive feedback and has potentially opened the brand up to a whole new customer base,” Hare told The Industry this week. "Working with the team at M&S and from my own experience in the industry I had quite a good understanding of what would be commercially viable and wanted to offer something that the current M&S customer would want to wear while still reflecting the aesthetic of the brand.” 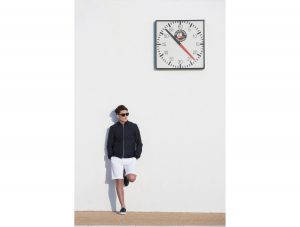 The collaboration was given prominent positioning and window displays in many of M&S’s larger stores including the Oxford Street flagship and clearly had a two-way benefit. Like Chung and Dunn, Hare added an aura of cool to the M&S offer but he also benefited from the publicity push and that’s key for the brand as it steadily grows and seeks to expand abroad.

“At present we’re focusing on developing and maintaining the success of the retail stores - having just opened two new stores earlier this year in Glasgow and Soho alongside the existing Edinburgh and Shoreditch stores,” Hare told us. “At the moment we are actively looking to expand the brand’s presence further in Europe and the US through new wholesale customers.”

As Moss Bros’s online sales rise shows, e-tail is a big opportunity for menswear retailers and so far, based on a succession of results announcements over the past year, it seems that opportunity isn’t coming with a downside. It appears that menswear bricks and mortar stores have suffered less from the rise of online shopping than womenswear stores have. And the athleisure phenomenon also appears to have devastated the market less than in womenswear with men having a long-established tradition of wearing sports looks for everyday living and menswear retailers apparently integrating it more seamlessly into their overall offer.

It’s no surprise then that we’re in the middle of a Menswear Moment. General merchandise retailers are upping the menswear stakes with M&S backing launches like Kestin Hare’s and Harvey Nichols revamping its menswear floor, while the rise of the menswear-only store and the move of women’s brands into the men’s market is widening the choice available for consumers.

New Look opened its first standalone men’s stores last year and has since signed up for more, including Bluewater and a giant 3,500 sq ft site in Newcastle’s Metro Centre

Late last year New Look’s CEO Anders Kristiansen admitted that the retailer had been taken by surprise by the success of its first foray into menswear-only. In its main womenswear-dominated stores it had struggled to get as much revenue per sq ft out of menswear as women’s. But in the menswear-only stores, men seem to feel more comfortable opening their wallets in an exclusively masculine environment.

That effect is something that came as less of a surprise to Kestin Hare who told us: “Over the past five years, the menswear market has grown immensely and menswear-only store formats are a natural progression of that, I think that the way men shop has and is changing. It has become more of a social event where you can grab a beer/coffee and get a haircut or beard trim while you're there.”

Whistles entered the menswear market in 2014 but took it fairly slow. Despite having separate menswear and womenswear entrances at its King’s Cross, London store, the main focus was online. But it finally opened up a menswear-only store this spring, in Shoreditch.

But online appear to be where the biggest opportunities are knocking. No surprise then that VeryExclusive.co.uk, Shop Direct’s higher-end fashion e-tailer, headed by MyWardrobe founder Sarah Curran, is going to launch into premium menswear this autumn.

That’s an interesting move given how the women’s offer is one of the few shopping sites bridging the divide between the luxury segment and premium high street brands. On announcing the menswear launch, the company said it had done months of market research and spoke a lot about “democratising” luxury menswear and male grooming as, like the women’s site, it will allow customers to spread the cost of their purchases.

Meanwhile, boohoo.com, which launched its Boohoo Man offer in 2013, this month opened a dedicated website boohooman.com with Geordie Shore’s Scotty T as the face of the brand. It’s too early to gauge its success but given that it targets the same 16-to-24 age group as Boohoo itself, it has every chance of success. Boohoo has already shown itself to be an agile mover in the women’s fashion sector and the age group it addresses, both female and male, devotes a lot of time and attention to fashion.

That doesn’t mean that teens and millennials are the only growth area for menswear online, of course. Older age groups aren’t being neglected. An ex-Boohoo  (and ex-JD Sports) digital marketing chief Antony Eden late last year launched a new menswear brand for home shopping specialist Unity targeting boomers - those 50-to-65 year-olds who still care about fashion but are often neglected by the high street.

Unity’s Pegasus brand is a value-priced offer with a fashion twist but cut to account for middle aged spread. However you cut your cloth, it seems, menswear really is the place to be. 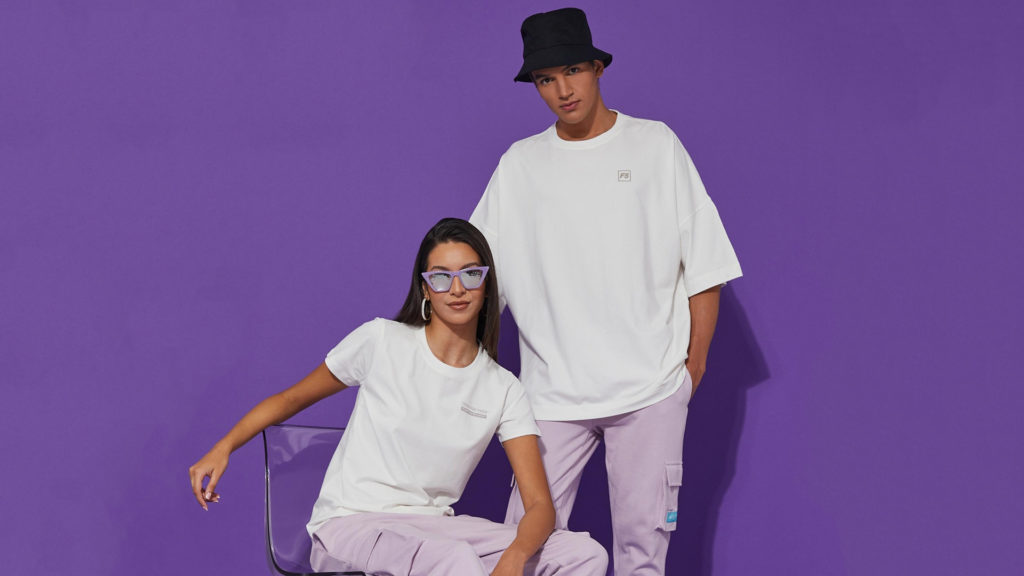 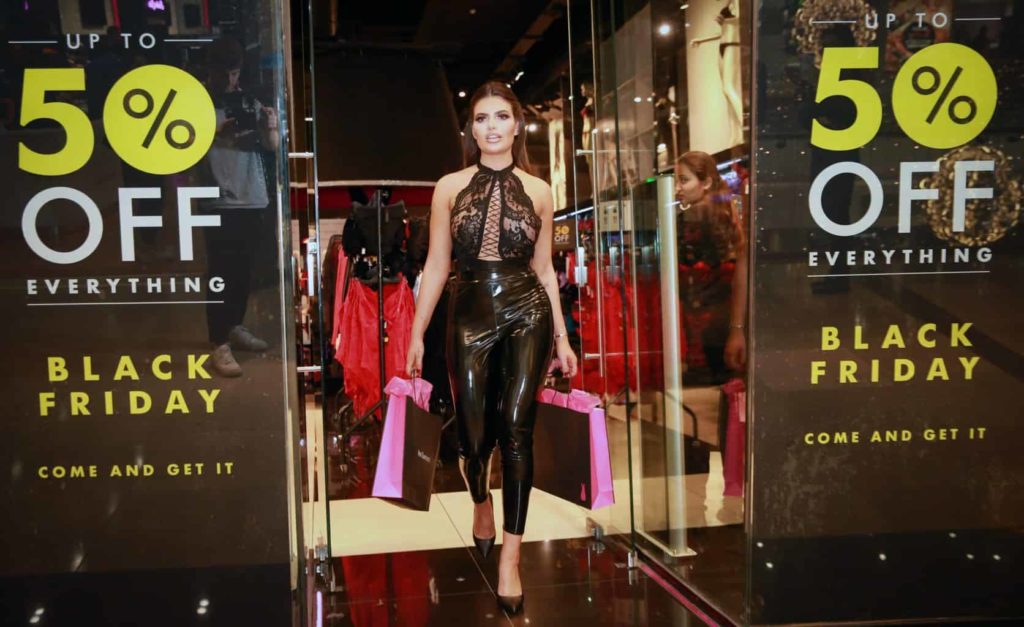 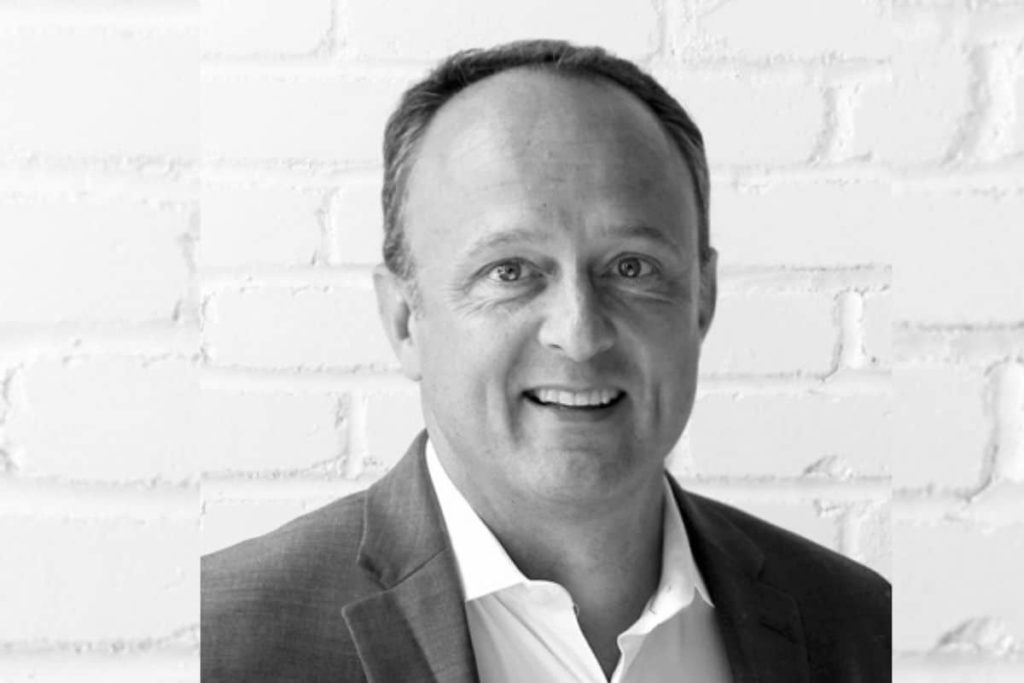