Molly Goddard, whose voluminous, frothy, tulle dressses are always been a highlight of London Fashion Week, nearly lost her nerve post-pandemic. The designer said she had been left so depressed by the crisis that she nearly decided to create a “pared back” collection for SS21.

Now, pared back, is a relative term. For someone who is known for pairing bright fair isle knits under an acre of citrus coloured tulle and presenting it as workable solution for day (it is, you just have to have the right mindset), then we were unlikely to have got a collection in the style of say, Raf Simons-era Jill Sander. 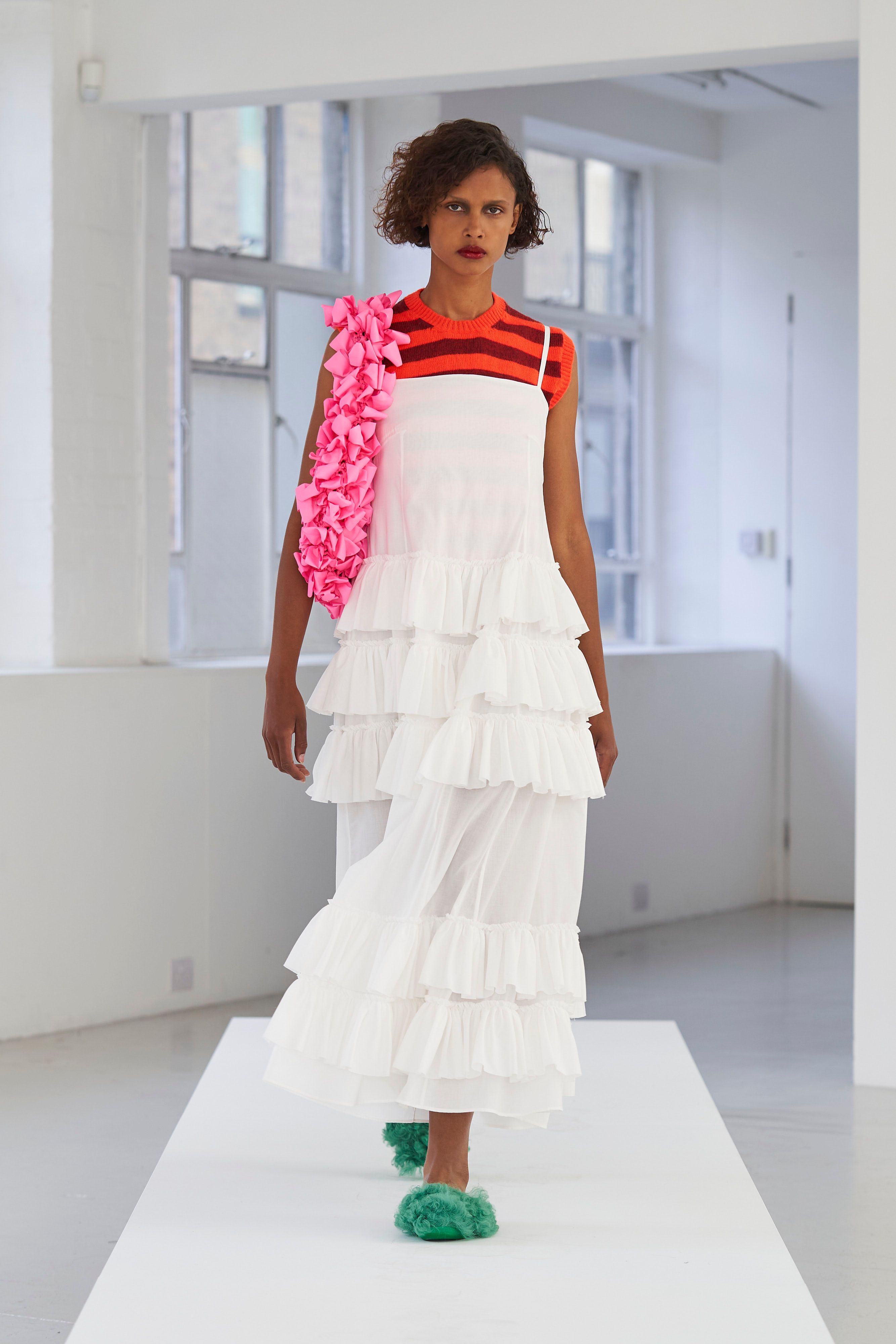 But, happily, we don’t know what Goddard’s idea of pared back is because once she got back into her studio she decided what she, and her followers, want right now was an antidote to the depression (as the designers who showed yesterday concluded). As she worked bit by bit colour began to creep back into the collection until what we ended up with was a joyous outing of neon pink tulle, green and black checkerboard, orange floral with black and yellow polka dots, along with bright blue vinyl bags. 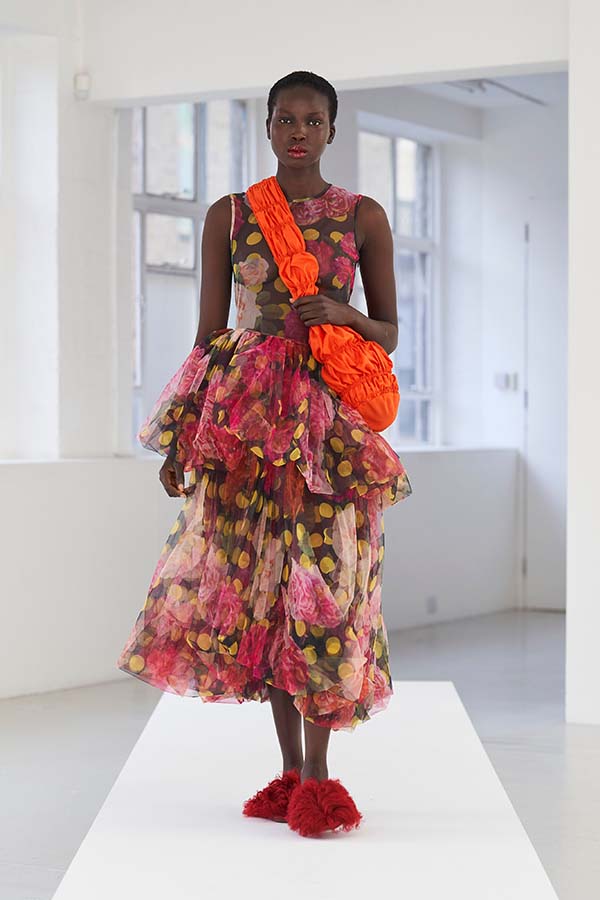 “Clashing became a thread in the collection and styling, inspired by the Villa Menafoglio and Guiseppe and Giovanna Panza’s art collection which features textured and messy Claus Oldenburg papier-mache dresses alongside sleek and simple Robert Morris sculptures. Fruits magazine and Camden street style also served as inspiration. In the end the collection became an explosion of colour, prints and joy!” Goddard said. 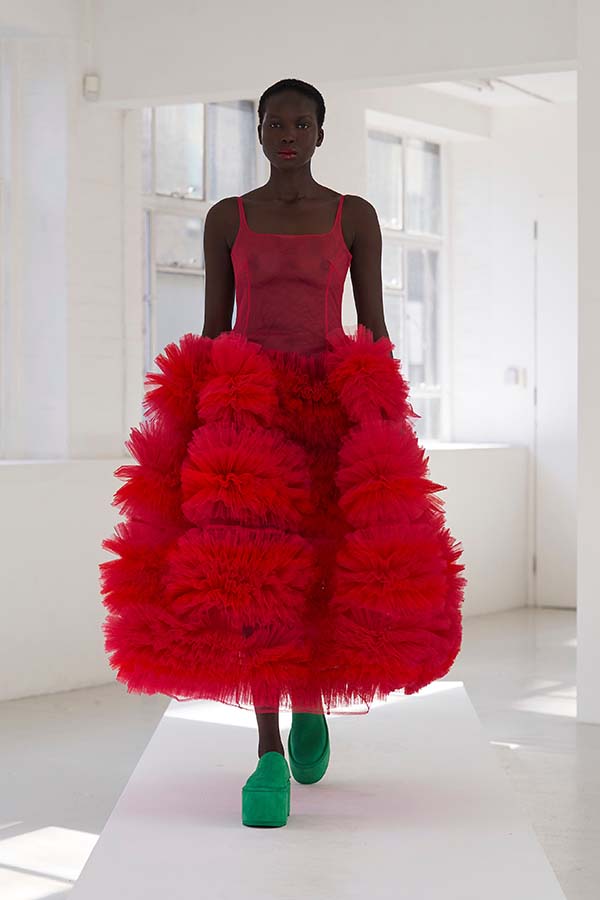 And she wasn’t wrong. As we face the potential of more lockdowns and uncertainty, this defiant optimism from one of the cities most bashed by the crisis is heartening. Thank God for London and thank God for Goddard.