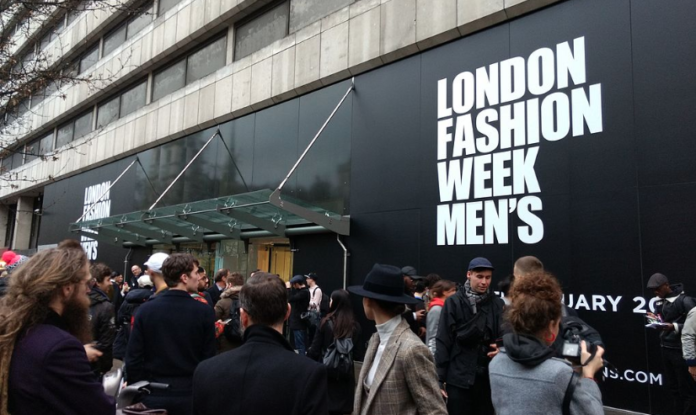 The campaign will share exciting content from London in Milan through a digital installation at the London show rooms, before moving on to Paris. This will be followed by Shanghai and Seoul, whose future activations will be announced in the coming months.

British tailoring and heritage Savile Row brands Huntsman and Hackett will host presentations at LFWM. Huntsman will showcase their archives alongside a new Bespoke Tweed Service and RTW capsule collection over the duration of LFWM, while Hackett will further host a presentation on Monday in their newly opened store on Savile Row.

Returning this season is also the DiscoveryLAB, a creative space hosting exclusive experiences combining the worlds of fashion, tech, art and performance located at the Truman Brewery.

For the first time the BFC is thrilled to be collaborating with Camera Nazionale della Moda Italiana (CNMI) for a special activation on 11th-13th January, during Milano Fashion Week Men’s (MFWM), that brings together young British creative talent with Italian manufacturing in the hotbed of commerciality of Milan.

Taking place on 4–6 January 2020, LFWM dates fall so close to the New Year that for this season the BFC will also show British Talent in Milan including a catwalk show, designer showrooms, digital installations and events.

Dylan Jones, BFC Menswear Chair said in a statement: “We fully believe in the strength of British menswear and with our digital campaign, we’re bringing LFWM to life on a global stage. With the show dates being early in January this season, we’ve decided to celebrate LFWM in further international territories with a significant partnership with Milan, working across cities in collaboration with Camera Nazionale della Moda Italiana. This partnership presents an amazing opportunity to champion British businesses and give exposure to the brilliant talent that London has to offer but we encourage you all to join us in London on 4th January.”

Carlo Capasa, Camera Nazionale della Moda added: “We are very pleased about this year’s collaboration with the BFC. The collaboration between both institutions is a precious opportunity for both of us to establish a bridge between our cultures and to create a lasting relationship that will surely be enriching for all parties involved.”