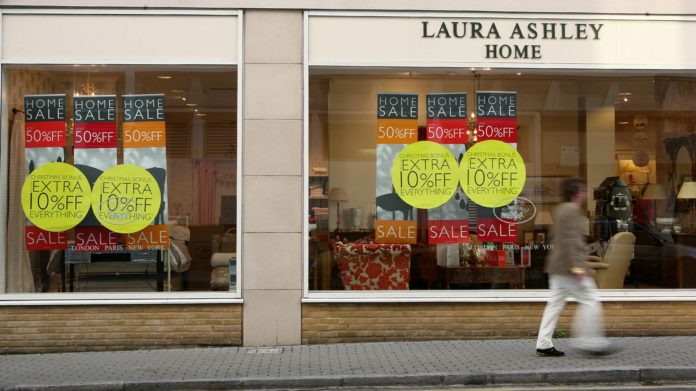 Shares in Laura Ashley have dropped by 3.57% to 2.7p after the fashion and furniture chain issued another profits warning.

In a stock market announcement today the company said it expected its 52-week results, to 30 June 2019, which will be published on 22 August, “to be significantly below market expectations“.

The company said trading conditions in the third quarter had been “very demanding”.

In it six-month results to 31 December, the company’s profit before tax and exceptional items was wiped out to zero and the brand forecast a loss for the full year of £700,000. Fashion sales, however, were up 11.8% on a like-for-like basis.

Andrew Khoo, who took over from his father Khoo Kay Peng as chairman of Laura Ashley’s parent company, said at at the time that expansion in Asia would be a key focal point for the brand and that it would close around 40 of its 156 UK stores.