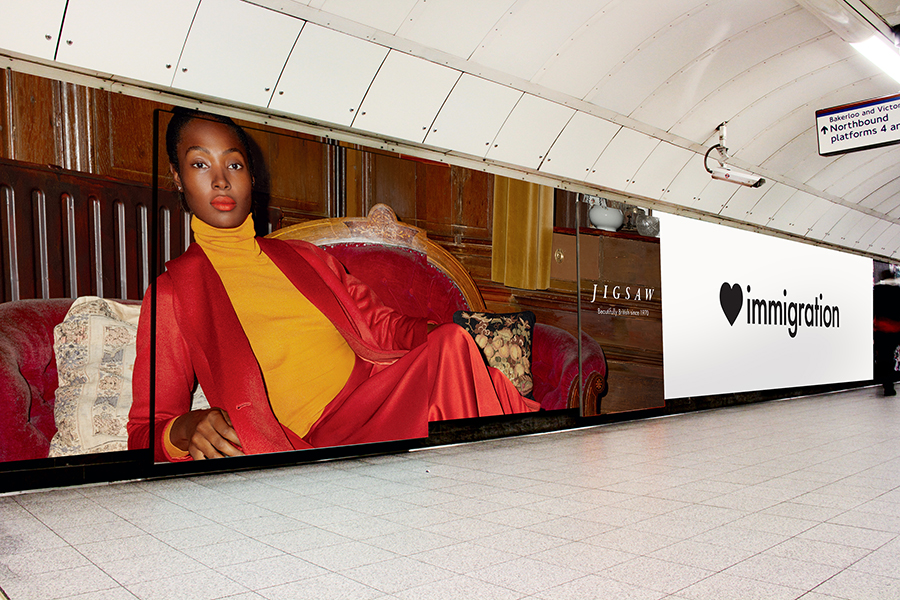 British fashion brand Jigsaw has taken over Oxford Circus tube station with a new campaign which celebrates diversity and the benefits immigration have brought to its business and the industry as a whole.

The ♥immigration campaign was created in partnership with agency The Corner and features a diverse line-up of models to celebrate the people and cultures that have contributed to making Jigsaw a “Beautifully British” brand since 1970.

CEO Peter Ruis said the business felt compelled at this point in time to make a statement beyond clothes for the campaign. “Fashion doesn’t operate in a bubble; it plays on a broader psyche. We could just talk about clothes, but with what is going on around us it seems hypocritical and superficial to not accept the debt we owe to immigration in its broadest sense. Be it people, cloth, the stone floors in our shops, the film to shoot our campaigns. We are all part of a vibrant, tolerant, global Britain. These are things we believe in as a brand,” he explained.

The campaign also features a manifesto to point out that British style is made up of many different cultures. It reads:

British Style is not 100% British.
In fact, there’s no such thing as ‘100% British’.
Or 100% Dutch, French, American, Asian or European.
Whatever your opinion, at some point in your ancestry
someone moved in and unsettled the neighbours.
Because none of us are the product of staying put.
And we’re no different.
As a clothing brand we couldn’t do what we do
if people weren’t free to move around.
Without immigration, we’d be selling potato sacks.
We need beautiful minds from around the world.
Working with beautiful materials from around the world.
To make beautiful things for people around the world.
Fear, isolation, and intolerance will hold us back.
Love, openness, and collaboration will take us forward.

The retailer, which was founded by John Robinson in 1970 when he brought back Afghan Coats from his travels to sell in the UK, said its AW17 autumn collection had been sourced and manufactured from 16 countries, while 45 different nationalities within the brand had designed and delivered it to the customer.

Tom Ewart, founding partner and CCO at The Corner, said: “Jigsaw wouldn't be Jigsaw without immigration. From the Afghan Coat that started it all [...] to the 45 nationalities it now employs across the business, immigration and cultural diversity has helped Jigsaw define what we now know as ‘British style’ on the high street. We couldn’t be more proud of this work at The Corner. It’s for campaigns like this that we exist.”

In addition to the campaign Jigsaw has teamed up with Ancestry.co.uk, who invited Jigsaw staff to take DNA tests, as part of a supporting campaign on social media, which launches on 13 October. "Our AncestryDNA tests look back thousands of years, over a period of time that has seen people from across the globe travelling and settling in Great Britain. People living in Britain today are such a genetically diverse group that finding anyone with 100% British DNA would be statistically improbable and very surprising," said Ancestory.co.uk spokesman Russell James. 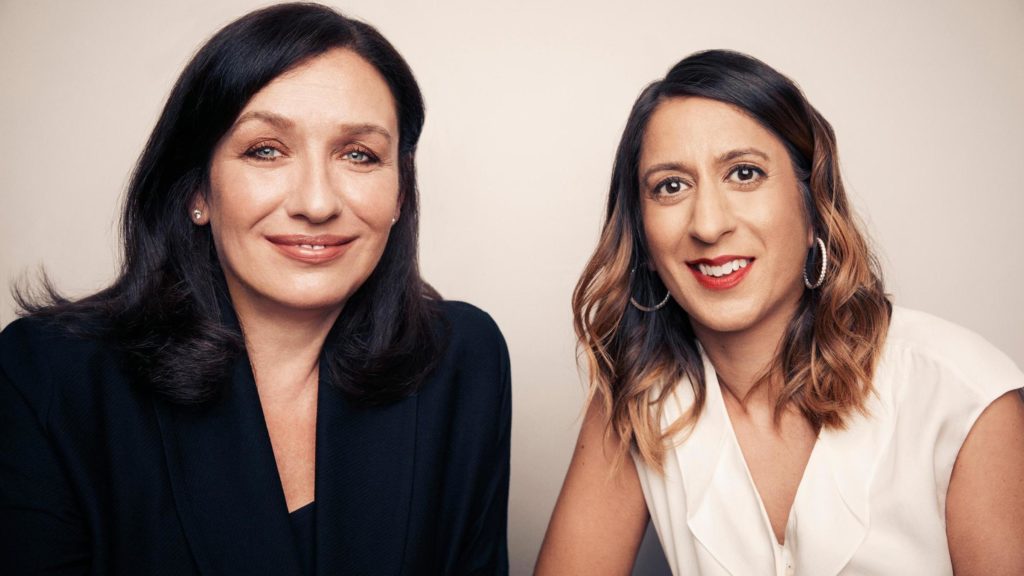 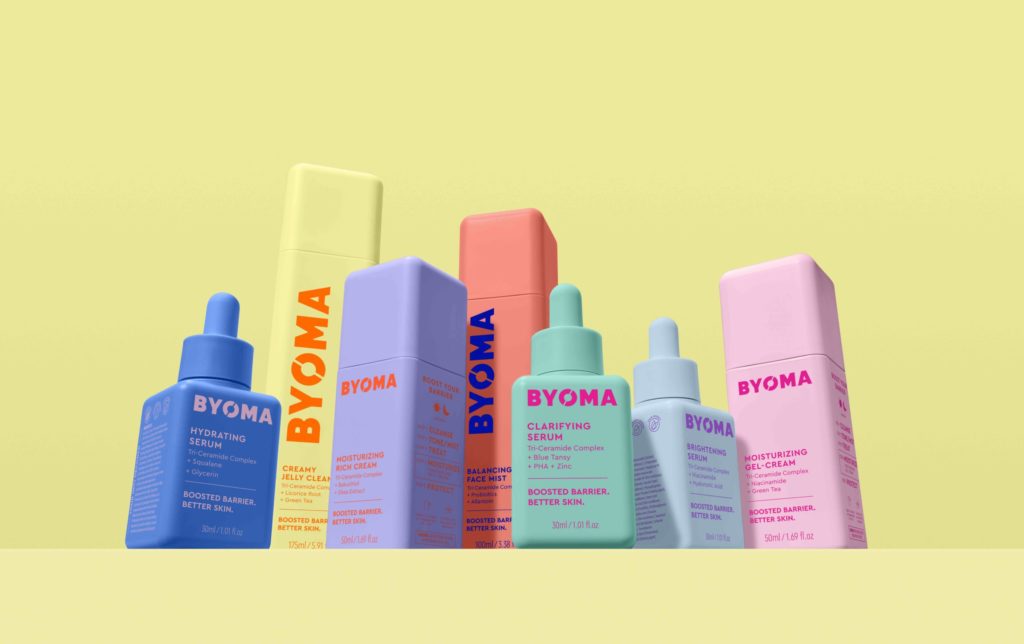