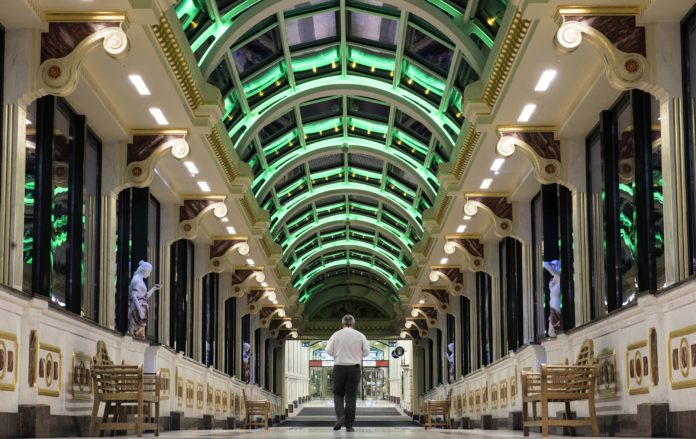 Trafford Centre owner Intu has picked a new boss after a challenging year for the company amid the retail crisis and failed merger talks.

Matthew Roberts, the chief financial officer, will take the top job at the end of April after the departure of incumbent David Fischel.

Fischel said he would leave last July, a few months after Bullring owner Hammerson walked away from a £3.4bn takeover bid for the company.

He had planned to step down in the event that the merger went ahead.

The company was later the subject of another takeover bid led by Peel Group, valuing it at £2.8bn. This too ended in disappointment as the bidders abandoned the deal in November.

Intu has been affected by challenges in the retail environment, as several big retailers collapsed or closed stores last year.

In November it became embroiled in a public bust-up with Mike Ashley over rents on four House of Fraser branches. The stores were planned to close but a deal was struck at the last moment and they remained open.

Intu’s annual results for 2018 showed it swung to a £1.17bn loss and property valuations fell.

Roberts has been finance boss at Intu since May 2010. Before this he served as CFO at betting firm Gala Coral and as finance director at Debenhams.

Intu’s chairman John Strachan said: “Matthew has been an exceptional CFO at Intu. This, combined with his extensive and relevant experience, including his proven expertise in leading strategic transformation projects, means he is absolutely the right person to lead this business going forward.”