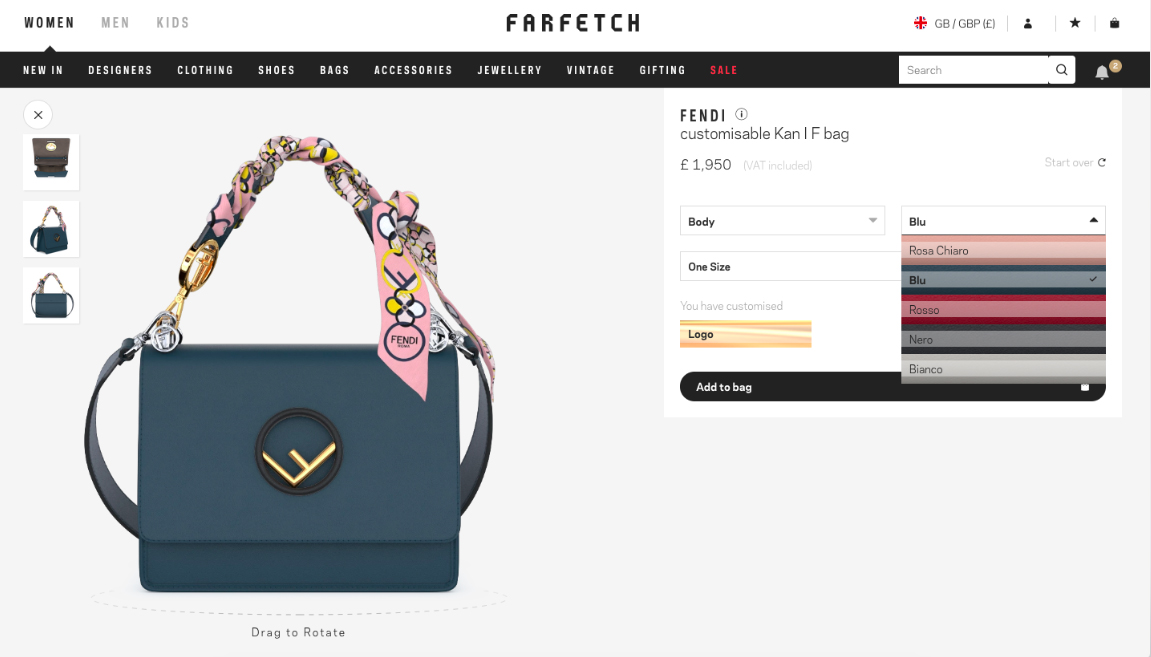 Launched in Rome by Adele and Edward Fendi in 1925, FENDI is a luxury fashion label renowned for its premium fur ready-to-wear and accessories. In 1965, Karl Lagerfeld (who passed away in Februray 2019) joined the company as Creative Director and, in 2001, the company became a member of the LVHM group.

The company has funded many projects throughout the years, such as the restoration of the Trevi Fountain in Rome and, in 2017, Fendi released a customisation shop in collaboration with e-commerce platform Farfetch for made-to-order handbag designs.

As Italian brands have been enjoying a resurgence of late, after a decade of being overshadowed by French houses, so Fendi has re-found favour with its heavily logo-ed designs proving popular among the streetwear set and its iconic “Baguette” from the 90s back on the top of fashionistas’ wish lists.

Antony Hawman 26th February 2021
We are joined by Jace Tyrrell, who will play a pivotal role in the renaissance of the West End. We talk VAT, business rates, Crossrail and just who or what might fill those empty spaces on Oxford Street.

In My View: Luxury’s pull on the personal

Lidi Grimaldi 26th February 2021
The past year has proved to be a reset for many people, in many ways. And as profound as Covid-19 has been on individuals, its consequences on the commercial world have been just as marked. For businesses, 2020 created a point in time where whole strategies, sector specifics, employee expectations and channels of sales and communications have been reappraised. The crisis has been a catalyst for revaluating commerce and identifying where genuine value lies.

The Future of Formalwear: now that “fleece fatigue” has set in, will it bounce...

Tom Bottomley 25th February 2021
Formalwear has taken a particular battering during the pandemic, with venues closed, events off and occasions massively restricted, but is there a brighter post-Covid-19 future ahead for smart dressing and formalwear sales?