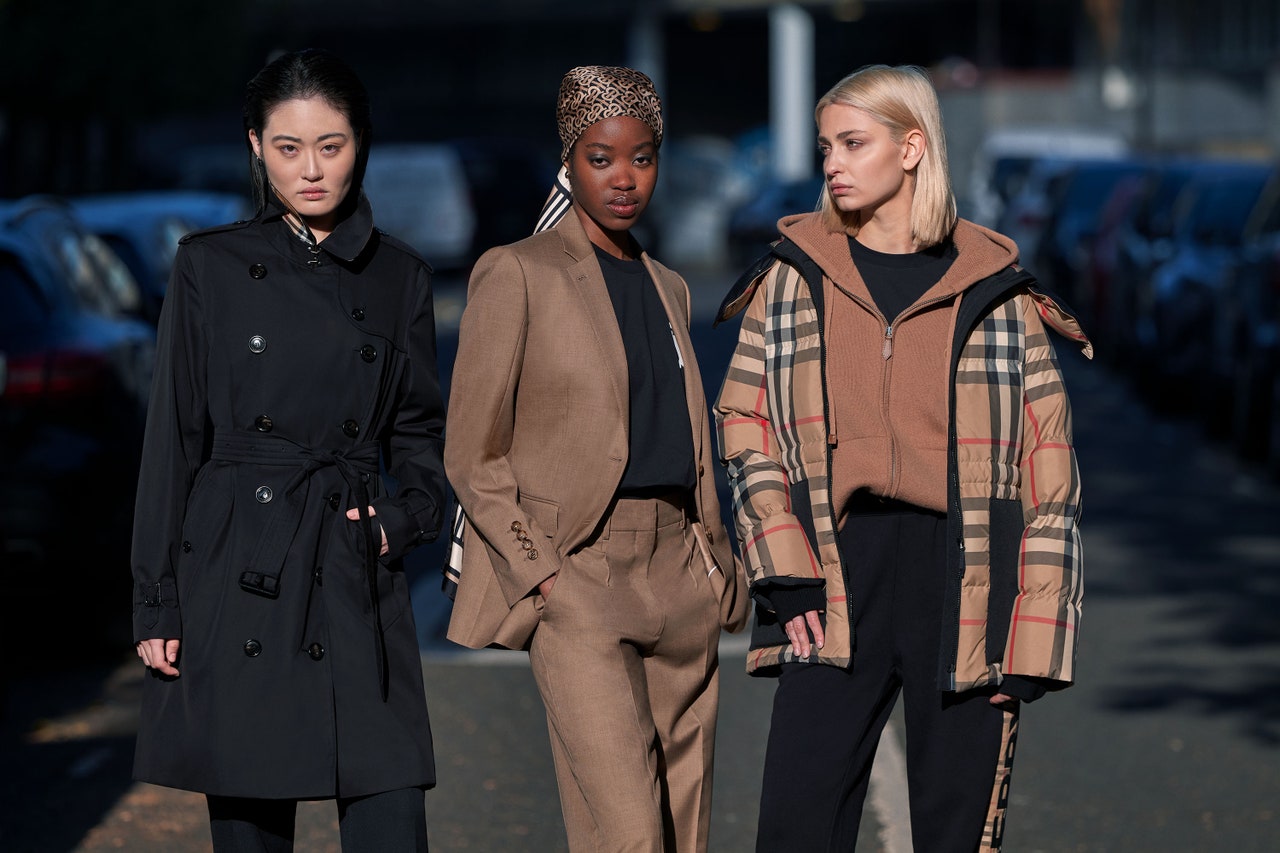 In Review 2021: the year fashion brands & retailers realised that it pays to rent

A whopping 69% of Brits would consider renting clothing for future events a recent survey by VoucherCodes revealed, signifying a huge shift in consumer attitudes that has been accompanied by a boom of rental marketplaces trying to keep up with demand.

“What we find is like rental is a win-win, because for lower use-case items you're delivering excess profit,” said the founder of affordable rental platform Hirestreet Isabella West in a recent interview, explaining the appeal of entering the rental space. “So, if we take a standard occasional dress, that could either sell once for £100 or it could be rented and make 20, 30 times that and it would typically make three times retail easily.”

HURR and Hirestreet were among a raft of innovative start-ups to appear in the UK, who rose to prominence last year, to serve this new market, with others including My Wardrobe HQ, Rotaro, Endless Wardrobe, By Rotation, Onloan and more.

But 2021 was characterised by fashion retailers from luxury to the high street - including M&S, Burberry and Westfield, getting in on the act, often in partnership with this new generation of enterprising start-ups.

Here is our round-up of the most significant brands to join the rental frenzy.

Belstaff
As part of the start of London Fashion Week, Belstaff launched its first ever luxury menswear rental offering with My Wardrobe HQ, featuring a range of Belstaff’s “Icons” including the "Trialmaster" and "Racemaster" jackets. It launched with the aim of encouraging customers to support the fashion industry by looking at new ways to shop, it champions conscious consumption. The new partnership was seen as “symbolic of how fashion is changing.” 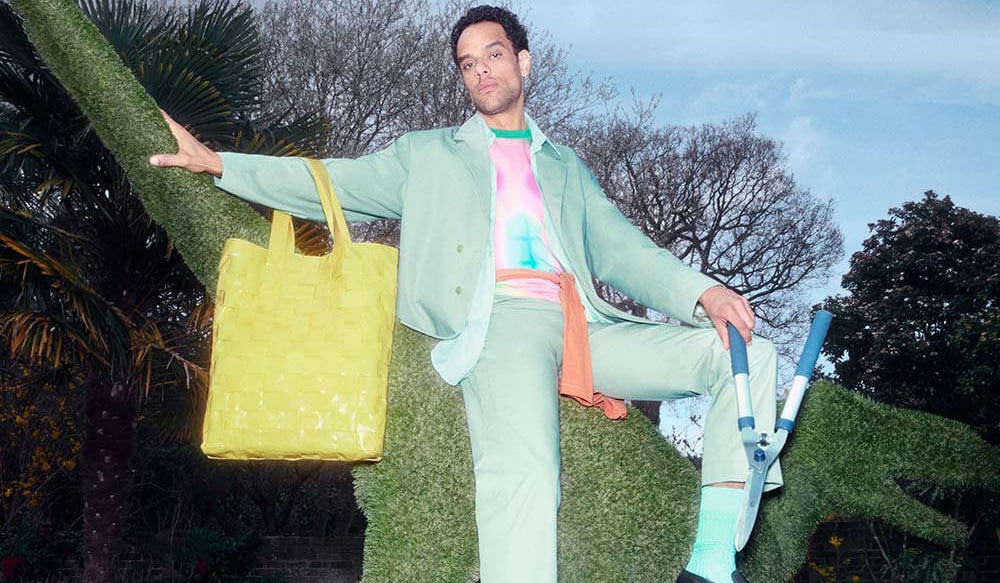 Selfridges partnered with HURR for its rental service

Selfridges
The department store launched its Selfridges Rental service offering shoppers the choice to hire outfits from a range of big name and cult fashion brands, from Bottega Veneta to JACQUEMUS, Prada, KITH and BAPE. The service was powered by technology from rental platform Hurr Collective, which the year before launched a rental pop-up in-store at Selfridges. By taking the service online – with the fashion curated by the Selfridges fashion team – the move opened the rental market to a wider audience.

Westfield
The shopping mall partnered with peer-to-peer rental app By Rotation to host the service's first ever physical pop-up store in July. The 3,300 sq ft store in Westfield London showcased a full collection of garments and accessories available to rent in an apartment-style space, as well as rentable furniture and homewares from Studio Arva, celebrating the opportunities for the rental market across consumer’s homes and lifestyles.

Harrods
The luxury department store announced that it would launch a fashion rental service in partnership with My Wardrobe HQ. The rental edit was available both via My Wardrobe HQ’s e-commerce site and a pop-up store at Harrods' Knightsbridge location, focused on a curated edit of event dressing pieces. The introduction of My Wardrobe HQ signfied the latest development in Harrods’ path to a more sustainable future, particularly focusing on services that help customers to lengthen the lifespan of luxury pieces. 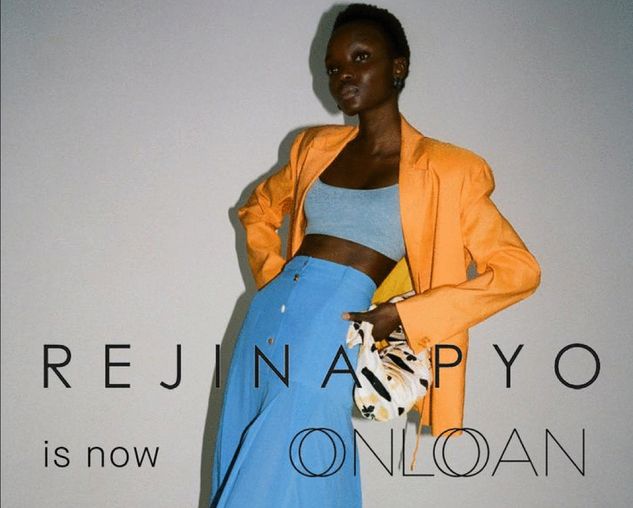 Rejina Pyo
London-based contemporary fashion designer Rejina Pyo joined Mother of Pearl and other brand by partnering with Onloan to launch its rental collection. A selection of Pyo's archive pieces were made available immediately marking the beginning of an ongoing relationship with its Resort 22 collection then launched in November.

Jean Paul Gautier
The luxury label is somewhat of an outlier on this list as it launched its JPG archive rental and resale offering apparently in-house instead of partnering with an established site. Shoppers were able to rent over 30,000 pieces from the fashion brand's archives while 50 items, sourced directly from private collectors and archivists from around the world, were put up for sale on its own website. The new direction reflected the brand's strategy to appeal to vintage-inspired millennial and Gen-Z generations, JPG said.

Harvey Nichols
Another luxury department stores that dipped its toes into the rental market was Harvey Nichols, which hosted luxury handbag rental service Cocoon in a three-month pop-up. This showcased the Cocoon collection, which rotated on a weekly basis, and included new season trend bags, pre-owned classics and vintage styles from brands such as Prada, Fendi, Gucci and Bottega Veneta.

Rixo
The vintage-inspired fashion label partnered exclusively with rental service Rotaro for six months, which allowed customers to rent a number of their dresses and other occasionwear styles. Rixo co-founders, Henrietta Rix and Orlagh McCloskey, said: "We always put our customers first and listen to her request to rent party pieces. We love the idea of extending the life of Rixo dresses and it’s really great to work closely with Rotaro’s team to curate such a beautiful edit."

Timberland
Also launched in November was Timberland’s collaboration with UK retail platform HURR, which marked the brand’s first foray into rental. Davide Romeo, CLM and digital marketplace Development Manager at Timberland, said: "We are very excited to be launching our first rental proposition with Hurr. This partnership marks and important step to advance Timberland’s efforts towards circularity and engage with Gen-Z consumers." 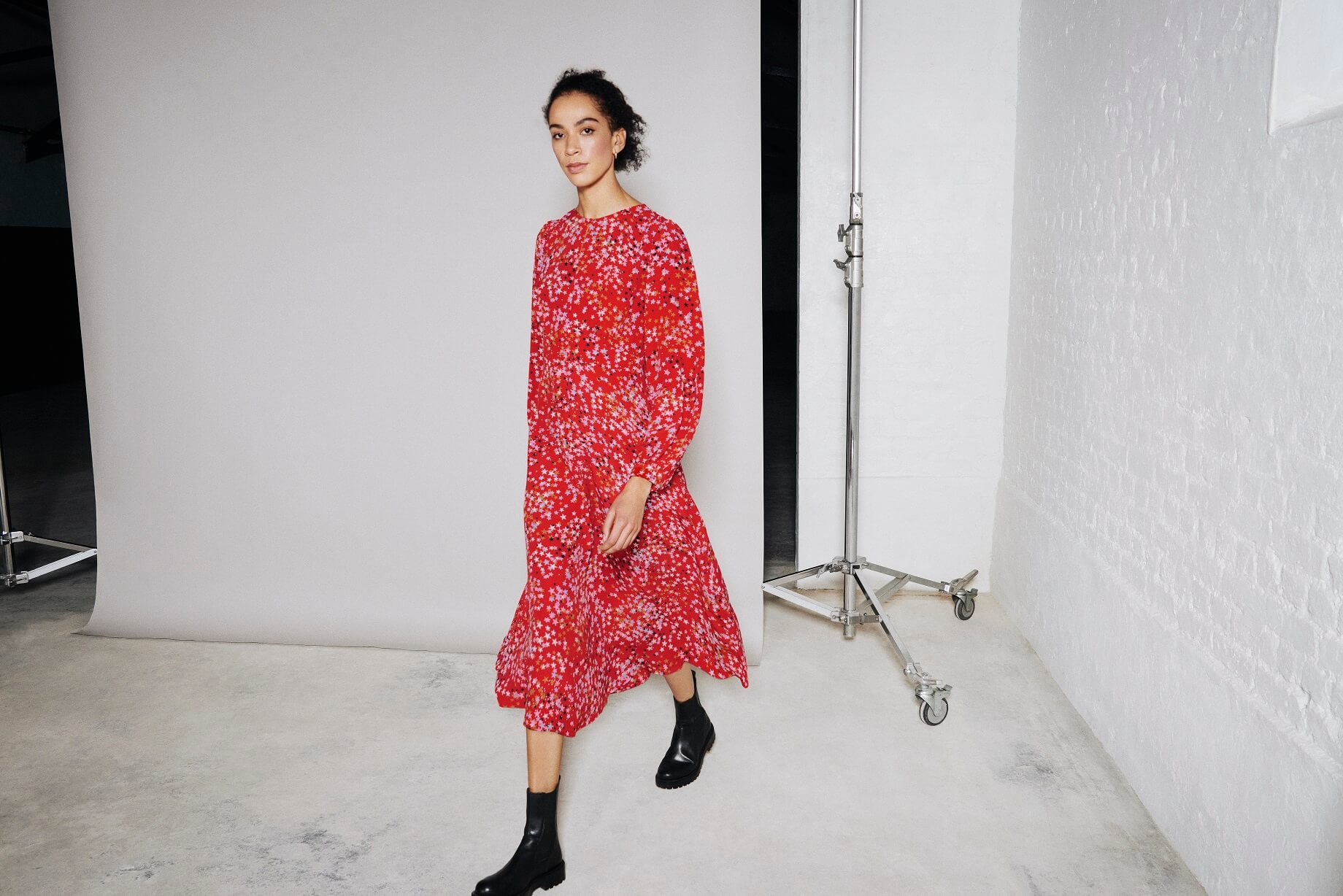 M&S
A more recent entry into the rental market saw Marks & Spencer partnering with platform Hirestreet in late November. The move followed the investment by M&S's Founders Factory Joint Venture into the operator of Hirestreet, Zoa Group. M&S said the partnership would allow it to "test & learn" in the rental space.

Burberry
The latest addition to the frenzy is none other than the iconic British luxury brand Burberry (main image) which launched a rental and resale service with My Wardrobe HQ as it stepped up on its circular fashion commitments. The new partnership offered customers a selection of offerings including coats, handbags and accessories to rent from My Wardrobe HQ for up to 14 days. 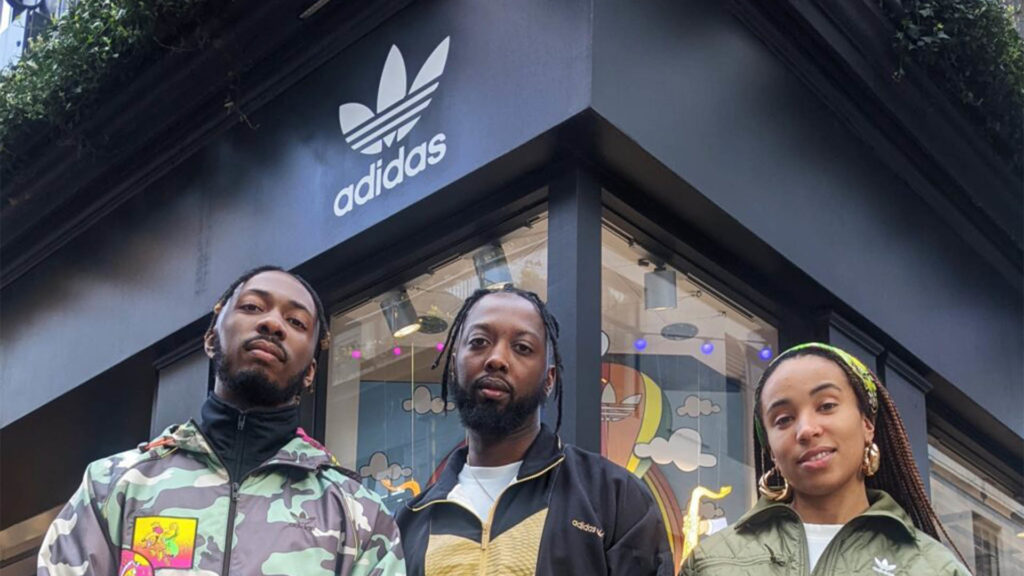 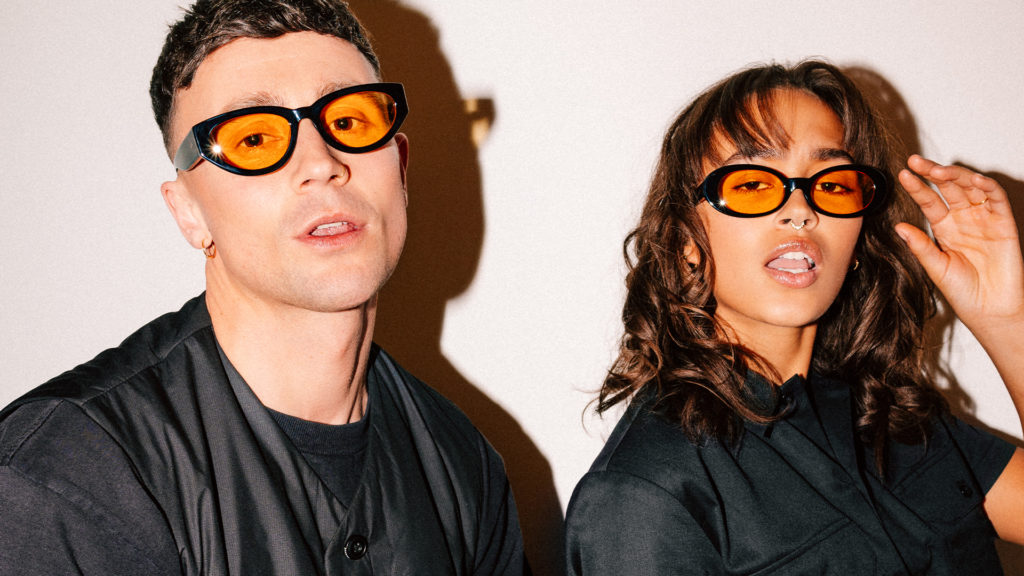 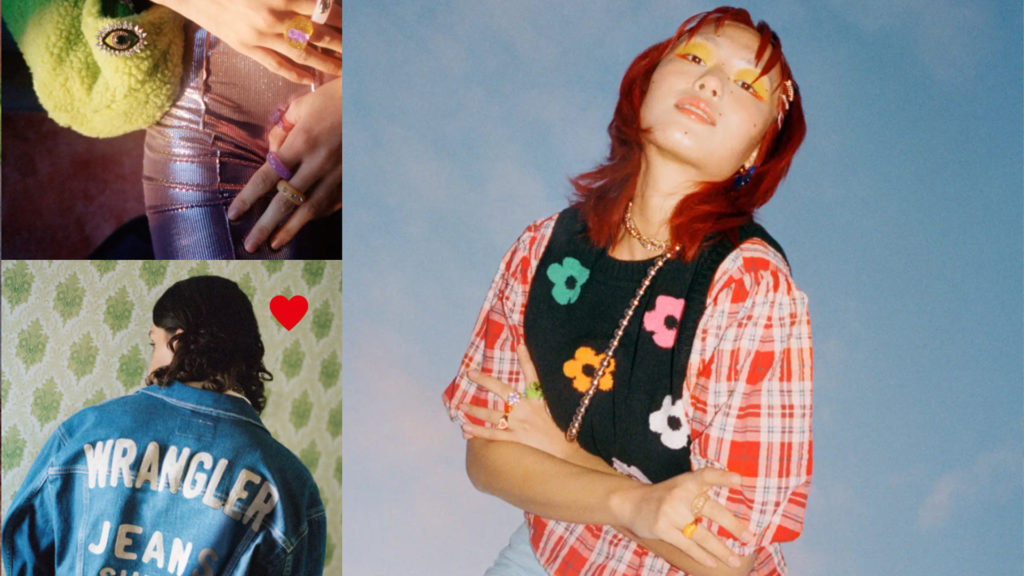