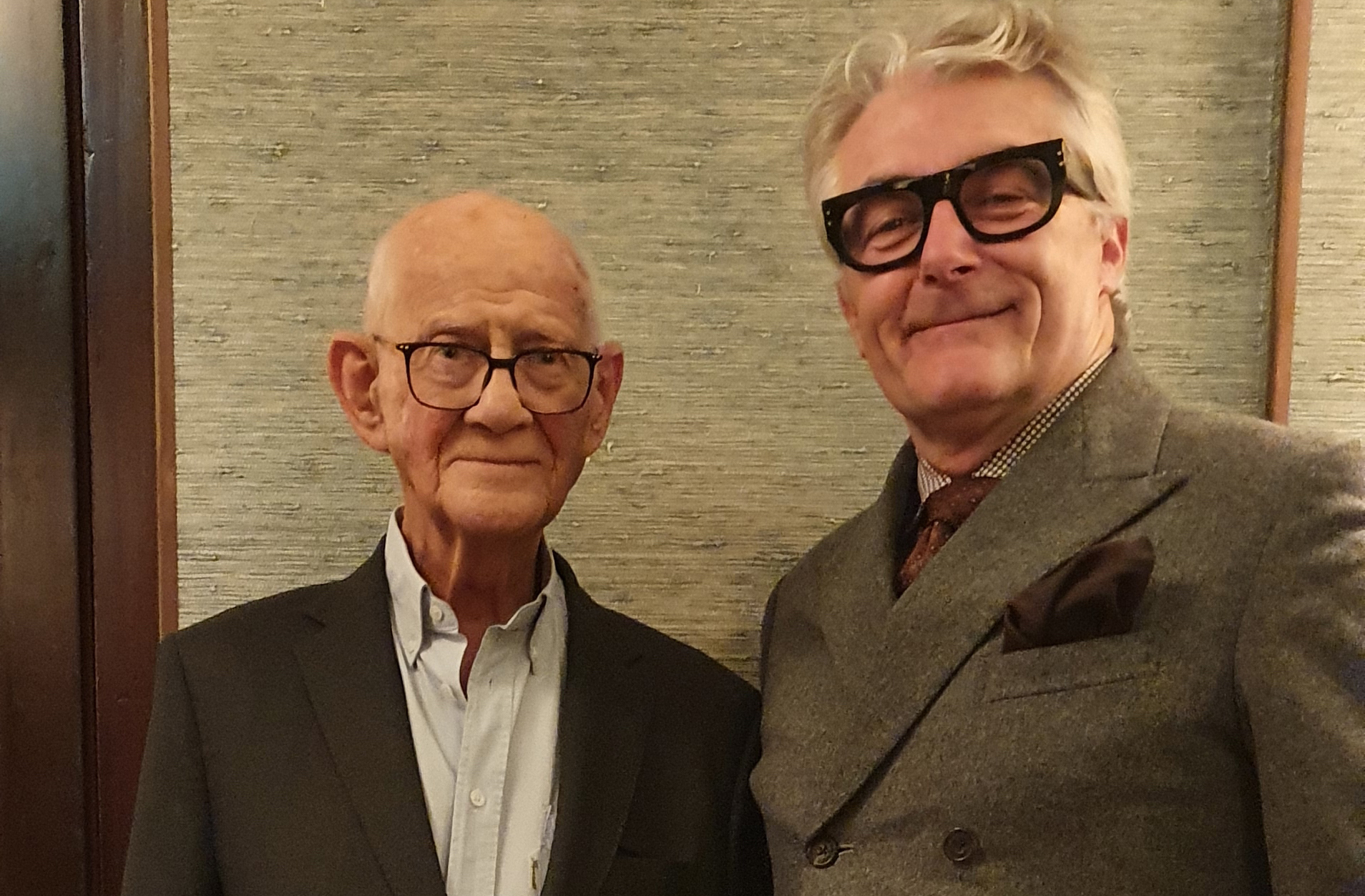 In My View by Eric Musgrave: Mr Bernard entertains

On the evening of 2 November 140 leading personalities from the fashion business sat in rapt silence as a 96-year-old man told a few anecdotes about his long career.

They were in the presence of a retailing legend.

Bernard Lewis is not the best-known name in the business but he should be. Since just after World War II he has had a unique influence on how the UK fashion industry works and how the nation dresses.

All readers of this column know the River Island chain. Older ones will recall Chelsea Girl. Real veterans or particularly well-informed retail historians will be aware of Lewis Separates. All three were innovative multiple businesses that moved forward the British high street.

His title these days is founder and life president of Lewis Family Trust, a considerable enterprise of which River Island is merely the best-known facet. A network of hotels in Israel is another element. There is much else besides that puts Bernard Lewis and his family at No 122 on the 2022 Sunday Times Rich List, with an estimated worth of £1.439bn. 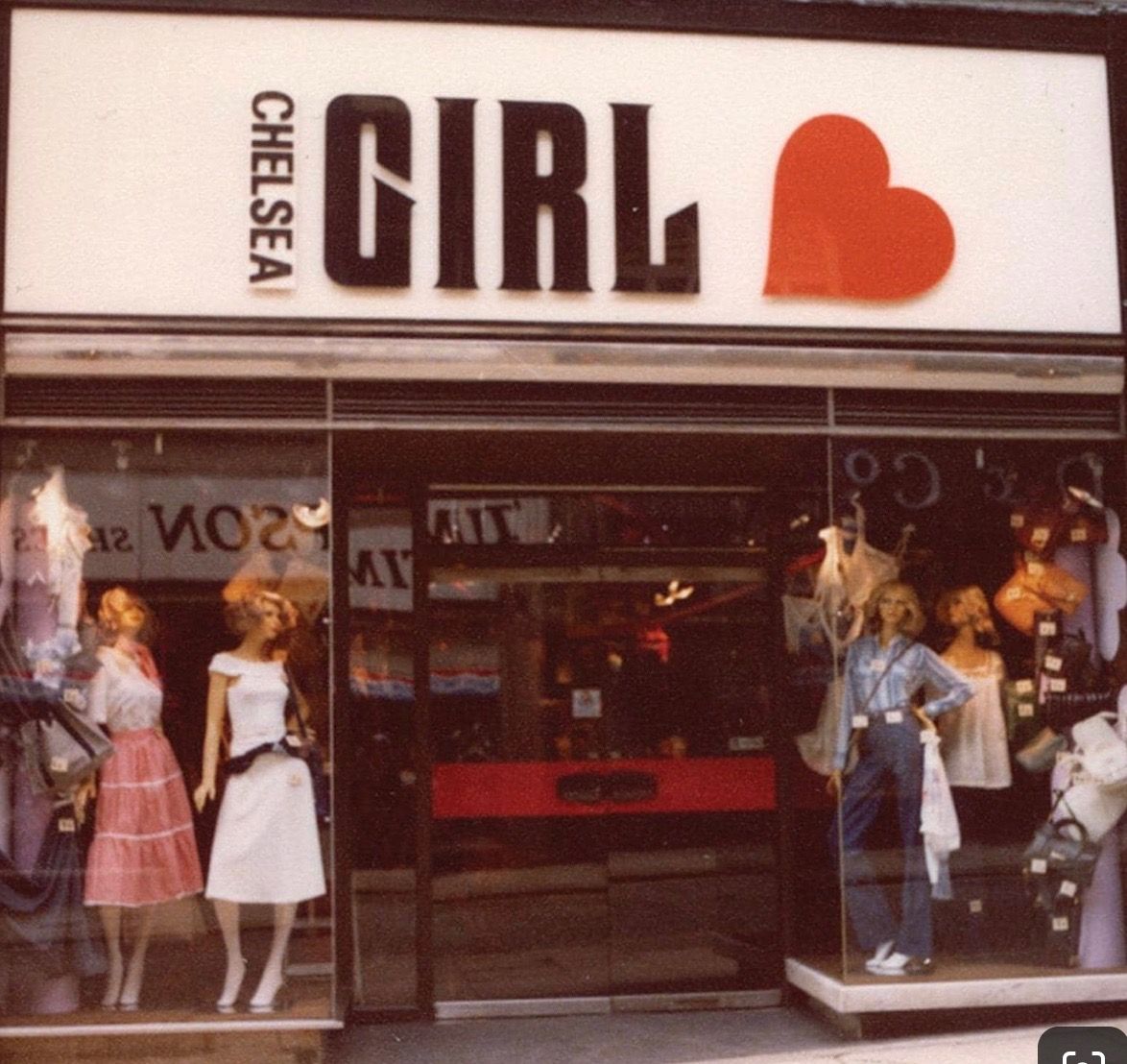 He has achieved what he set out to do in 1946 – he has given his family financial security.

The journey has been extraordinary. In 1936, when Bernard was 10 years old, his parents Lew and Clara and he and his three brothers, David, Godfrey and Geoffrey, were sleeping on three mattresses in a single bare room at Old Street, London.

The parents’ greengrocery business had failed and this was the best they could afford.

A large part of how Bernard Lewis created his unique retail empire from these inauspicious beginnings is told in “A Family Business” by Catherine Blyth, which is his official biography. Privately published last year, it is almost 500 pages long and has been skilfully put together by the writer from interviews with many members of the Lewis clan.

Bernard was the second brother. David was the eldest and these two worked closely together from the start, with David heavily involved in the property side as the Lewis Separates chain began to spread from London across the country.

Younger siblings Geoffrey and Godfrey were also in the family business but eventually were bought out in the late 1970s after an acrimonious split that is honestly handled in the book.

For students of the fashion business in the UK, Bernard Lewis’s innovations are remarkable. As he knew very little about the business when he started selling handknitting wool from a wooden shack he had built himself on a bomb site in Holloway Road, north London in 1946, he challenged the accepted structure.

When he quickly moved into women’s “separates” – a catch-all term for smaller garments like blouses and cardigans – he became frustrated at what wholesalers had to offer him, so by the early 1950s he was dreaming up his own designs (or copying others, he admits) and having them made by London manufacturers.

It is believed he was the first fashion retailer to take this approach and so establish the first vertical fashion business in the country. He soon hired a qualified designer to convert his ideas into reality. It was the start of an approach that would see River Island have more than 70 designers in its studios.

He designed his shops to be efficient and appealing at the same time. He was active in promoting openings with appearances by celebrities of the day. He had relentless attention to detail.

As long ag as spring 1961 Bernard Lewis was one of the first British retailers to visit Hong Kong to see what the new manufacturing facilities had to offer. He liked what he saw – lots of people working long hours to get things done. That always was his approach too.

Lewis Separates was a successful national chain but it was superceded very quickly from 1967 onwards by Chelsea Girl, a “boutique” concept conceived by younger brother Geoffrey that made the carefully ordered approach of the older chain look dated.

It was dated, so it was replaced. Fifteen years later, the process was repeated when Chelsea Girl was replaced by River Island, a slicker, slightly more upmarket concept dreamed up by Bernard’s eldest son Leonard, whose working career was shortly after curtailed when he was badly injured while playing polo.

The Bernard Lewis story has been marked with tragedy as well as success. 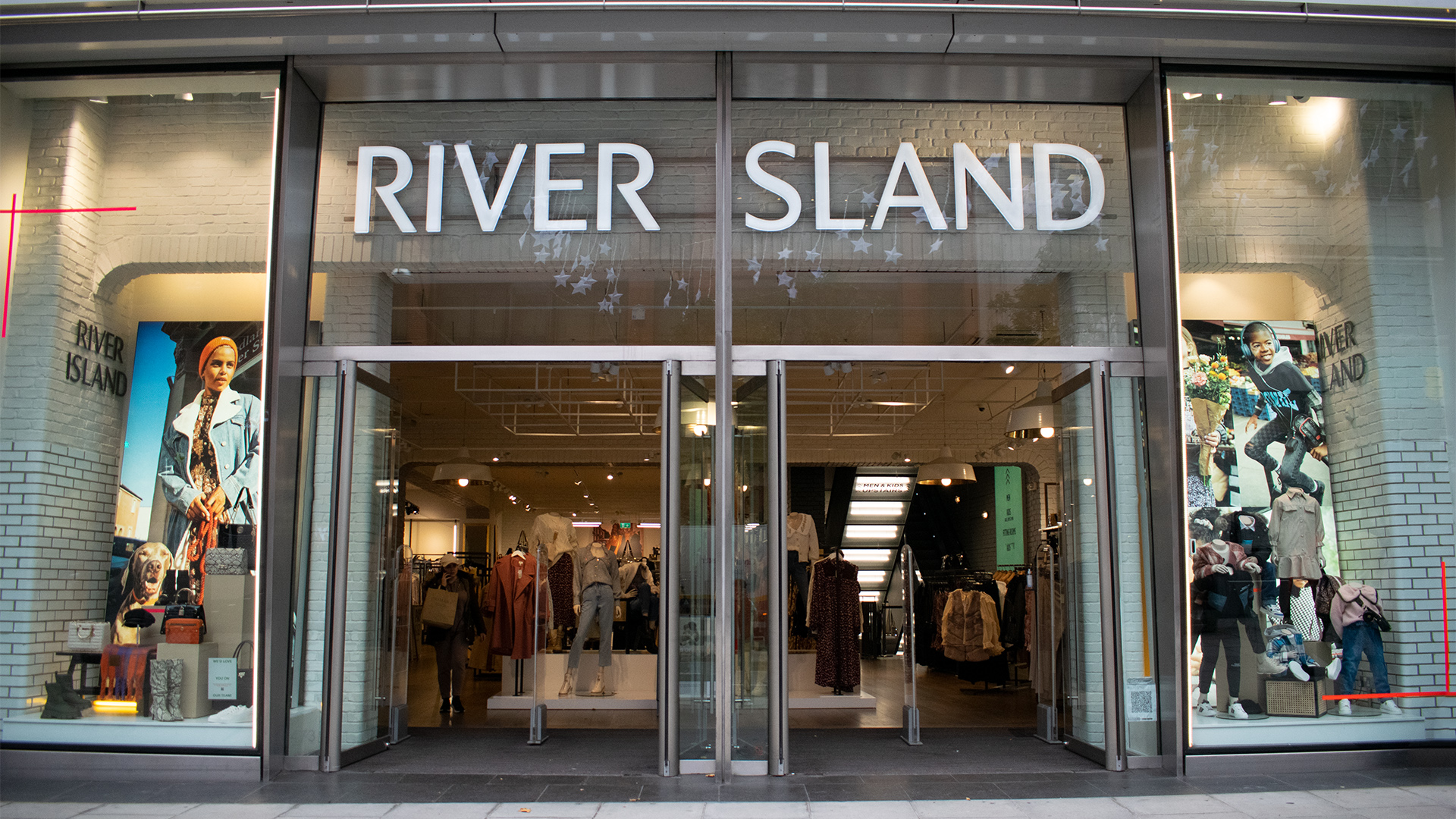 A modern branch of River Island

I have been privileged to know Mr Bernard, as he is always referred to in his own business, since 2005 when I presented him with the Drapers Lifetime Achievement Award. The process required me to interview him for a very rare profile piece of this then-secretive man.

At the time (and even so today) I was astonished at what he had achieved and how little was known of the story. That feature can be seen on my website.

In the intervening 17 years Mr Bernard has been slightly more visible in the media but being in the spotlight is not his style.

We get on very well together and so I was delighted when he agreed to be interviewed by me in front of an industry audience. The occasion was an auspicious one: the 125th anniversary dinner of The Twenty Club, a retailers’ dining club that has been meeting regularly since at least 1897. It was founded, it is believed, by 20 prominent retailers of the late Victorian era, mainly or exclusively department store owners, who wished to meet socially in a convivial atmosphere.

There cannot have been many guests, however, who could discuss a personal fashion industry legacy as Bernard Lewis did. Slight deafness is one of the few issues that suggest his age. Mentally he remains sharp as a pin and a dry sense of humour is never far from the surface.

The Twenty Club audience included former employees of and former suppliers to Bernard’s businesses and many were keen to say a few words to the great man, who was accompanied, as always, by his wife Vanessa, the onetime creative director of the business. The couple have been together just over 50 years.

Wes Taylor, menswear director at Marks & Spencer and former managing director of Burton Menswear, worked for River Island for nine years. At the dinner he saluted his old boss, stating he had never learned so much in his career as he had working in close proximity to Mr Bernard.

In typically modest and gracious fashion, Bernard replied he learned a lot working with Wes.

In a cheeky conclusion to our all-too-short conversation, I reminded Bernard Lewis he told me he turned his back on the family tradition of greengrocery because he thought buying fashion merchandise was easier than buying fruit and veg.

With a mischievous glint in his eye, he quipped: “I think I was wrong.”

With his laser-like insistence of keeping business focused, simple and uncomplicated, Lewis kept his audience, whether they knew him or not, enthralled. At the end of the conversation, looking back over seven decades of impressive successive, innovation and job creation for thousands, I wondered, not for the first time, why we were not in the presence of Sir Bernard Lewis.

PS: A Family Business, The Story of River Island, Chelsea Girl, Bernard Lewis and his brothers by Catherine Blyth is available to buy here. 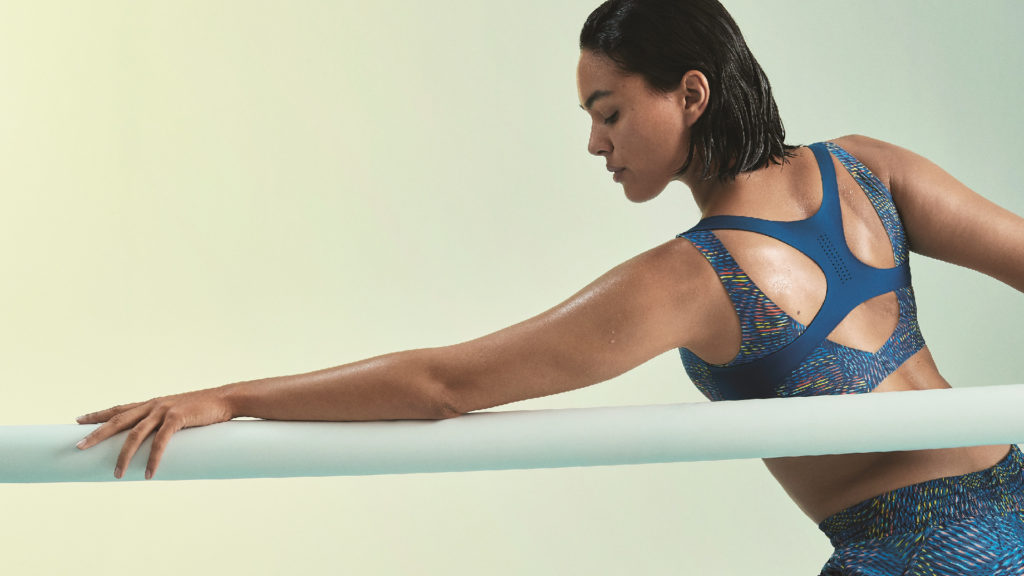 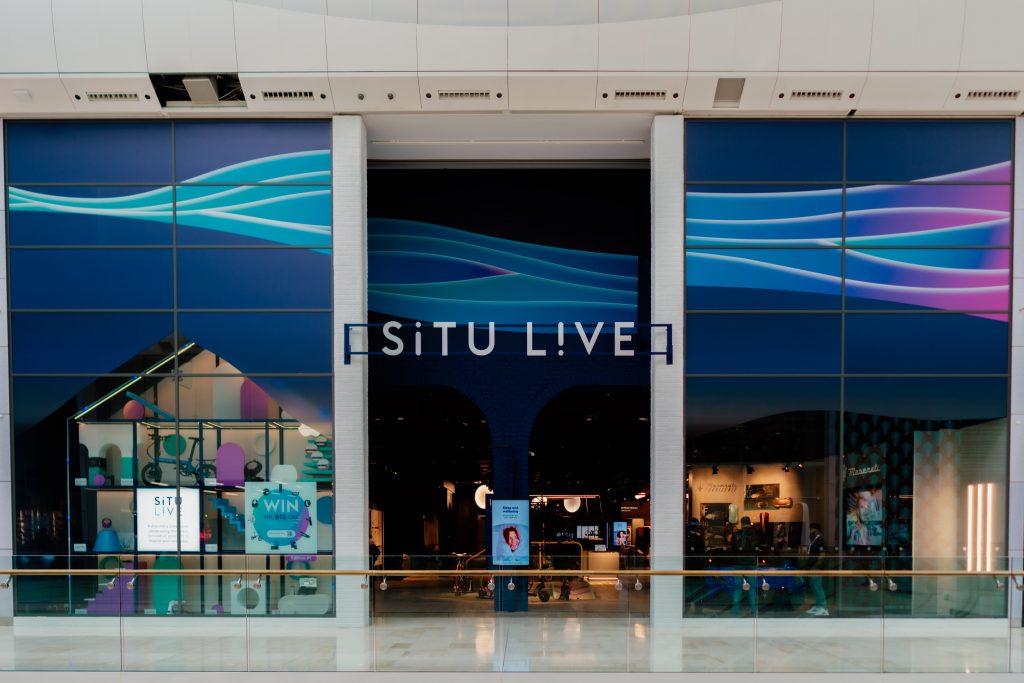