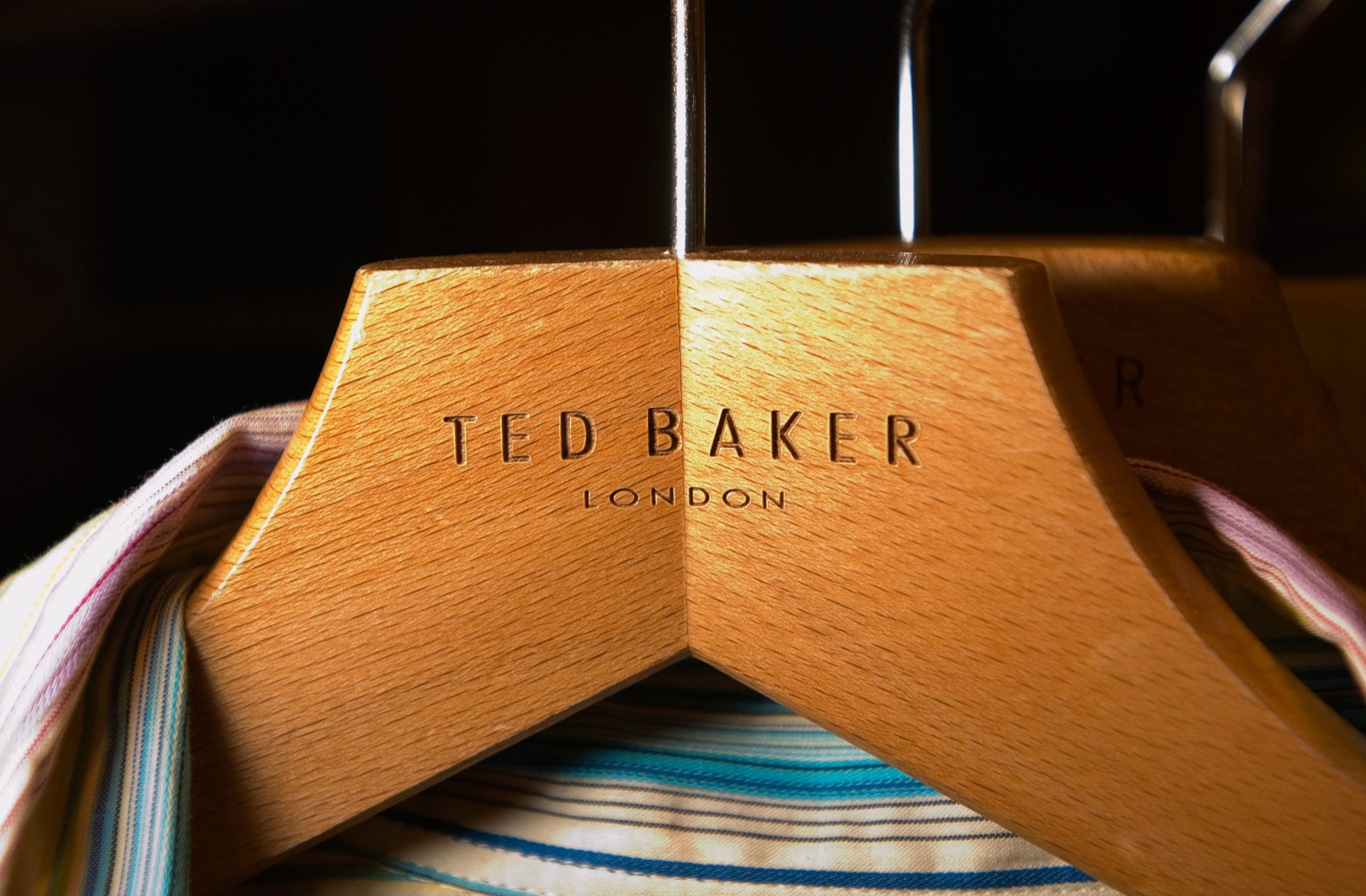 In History: a timeline of Ted Baker

Following a third takeover bid from private equity firm Sycamore and an unnamed third party, Ted Baker has launched a formal sale process as it faces yet another shift in the business after a difficult few years.

The formal sale process, which the UK Takeover Panel has agreed to, allows talks between the board and interested bidders to take place on a confidential basis without the restrictions of the Panel’s typical 28-day timetable. The news comes a week after Ted Baker rejected two takeover approaches by New York-based Sycamore, the latter of which valued the business at £254 million.

Founded in 1988 by Ray Kelvin with his first store in Glasgow, Ted Baker has since grown to 560 stores and concessions worldwide. The British fashion retailer is currently in the midst of a three-year transformation programme under Rachel Osborne – who joined the business from Debenhams at the end of 2019 and was promoted to CEO in March 2020 – and has seen a recovery from pandemic lows.

The recent years have been tumultuous for Ted Baker, which was hit by a string of profit warnings and accounting mishaps after former CEO Ray Kelvin left the business in 2019 amid misconduct allegations. Kelvin has consistently denied those allegations and still owns 11.48% of the company, 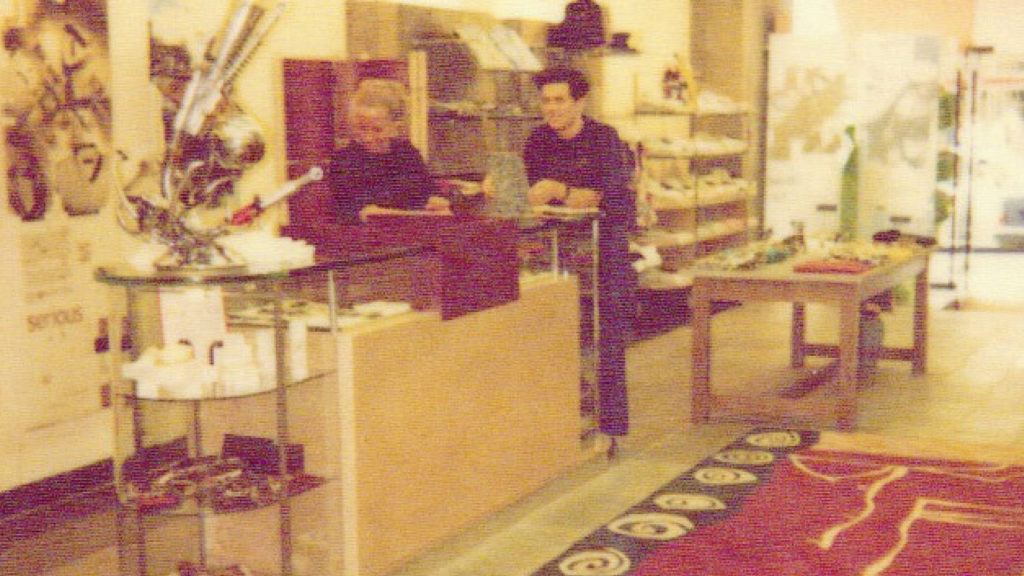 1988 – Ted Baker was founded by Ray Kelvin, who named it after his alter ego. Specialising in men's shirts, Ted Baker opens its first store in Glasgow, followed by Manchester, Sheffield, Cambridge and Nottingham Exchange Arcade. 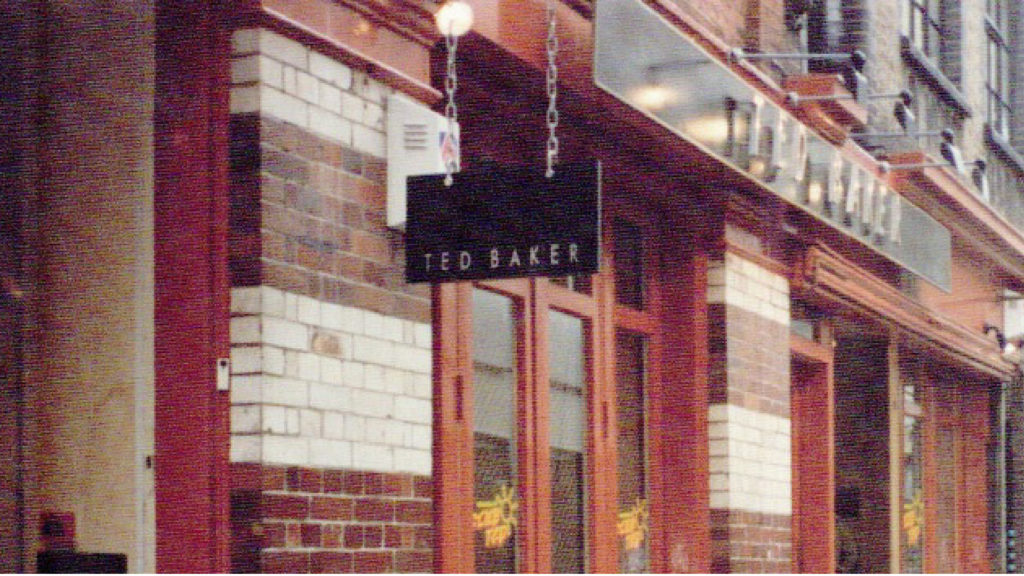 1994 – Ted Baker launched the wholesale business in the UK with a new store opening in Button Street, Liverpool.

1995 – The Ted Baker Woman and Ted Baker Lite lines were launched as the retailer expanded its product offerings.

1996 – Wholesale trading launches in the USA in 1996. Ted Baker opens a womenswear store in Nottingham and extended its Covent Garden and Leeds stores. 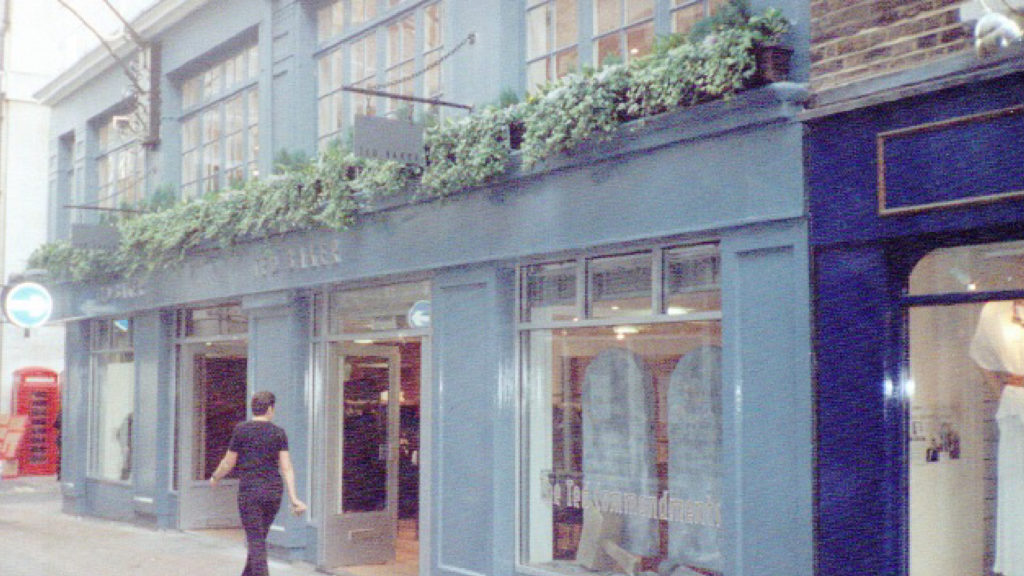 1998 – The company launches its website and releases a Skinwear and Underwear line.

2007 – The retailer releases a jewellery line and two mobile phones, The Button and The Needle. New store openings include Dublin, Melbourne, Miami, Gatwick’s North Terminal, and a womenswear boutique in Covent Garden.

2014 – The business expands its product range with a luggage, home fragrance and audio collection, with new store openings in Birmingham, Heathrow T2 and Abu Dhabi.

2018 – Ted Baker launches its first advertising campaign to celebrate its 30th anniversary. By this time, the business has 490 stores and concessions worldwide. 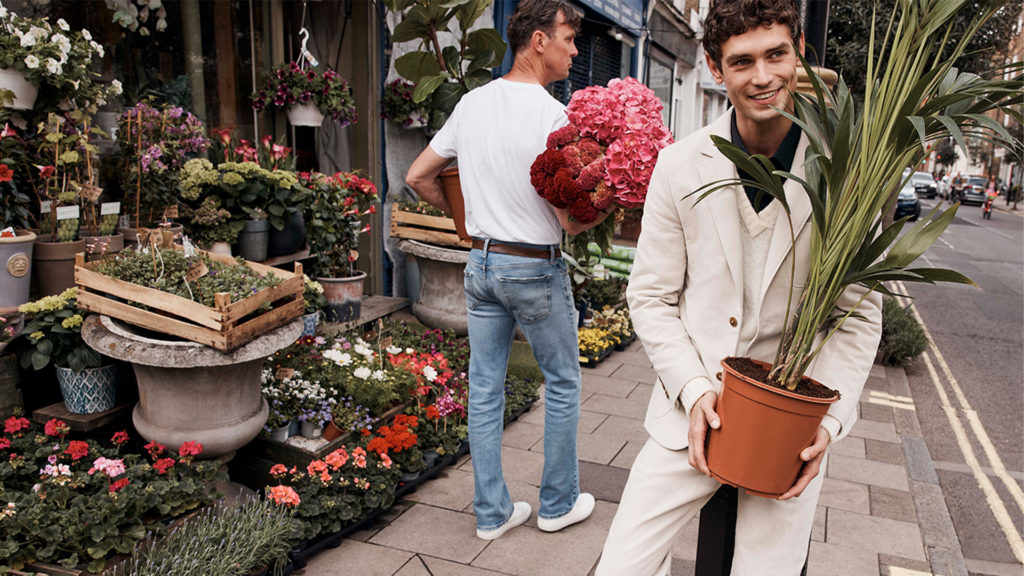 August 2019 – Ted Baker expands its kidswear range in partnership with Next.

November 2019 – Rachel Osborne joins the business as CFO having previously been with high street giant Debenhams. A month later it is announced the company's accounts had been overstated by up to £25m.

January 2020 - The company announces an accounting error it had highlighted a year earlier, which meant there would be a £58 million deficit on its balance sheet. Preliminary investigations demonstrated the business to had overestimated the value of stock held in January 2019 by between £20m and £25m. 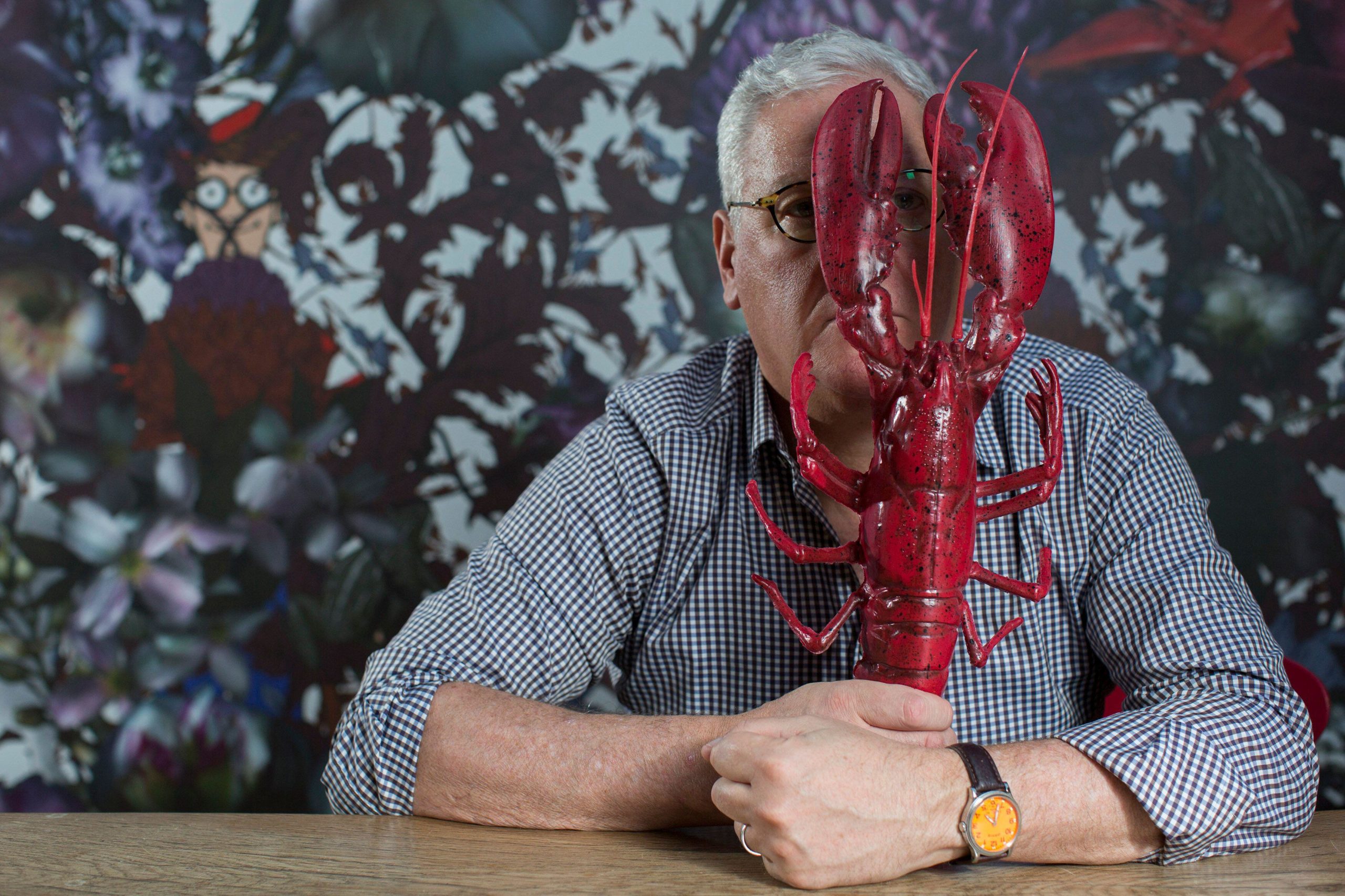 Ray Kelvin obscures his face as he poses for a portrait. He rarely allowed himself to be photographed. Credit: Alamy

March 2020 - Ted Baker CFO Rachel Osborne steps up to become the company's third CEO in just over a year, just as the pandemic hits.

April 2020 – Ted Baker furloughs around 2,000 employees, nearly 75% of workforce due to the COVID-19 pandemic. The company also suspended non-essential capital expenditure and halted any discretionary operating expenses in order to raise £100 million to shore up its balance sheet.

September 2020 – It announces Next as its new lingerie and nightwear partner and a men's formalwear licensing deal with Baird Group.

June 2021 – The fashion retailer reveals £100 million loss due to sales slump despite turnaround plan to cut annual costs by £31m, revamp the company's product range and increase its digital presence.

July 2021 – The business quits the Ugly Brown Building in North London having sold the King's Cross site to the British Airways Pension Trustees for £78.8m. It moves to the Gorgeous Brown Building in Fitzrovia.

September 2021 – Ted Baker reports a 50% leap in quarterly revenues aided by the end of pandemic discounting.

March 2022 - Ted Baker rejects two takeover bids from US private equity giant Sycamore Partners, the latter of which valued the business at £254 million, as it backed its strategy to bounce back from the pandemic over the offer on the table.

April 2022 - The company launches a formal sale process after receiving a third takeover bid from Sycamore Partners and another "unsolicited" approach by an unnamed party. 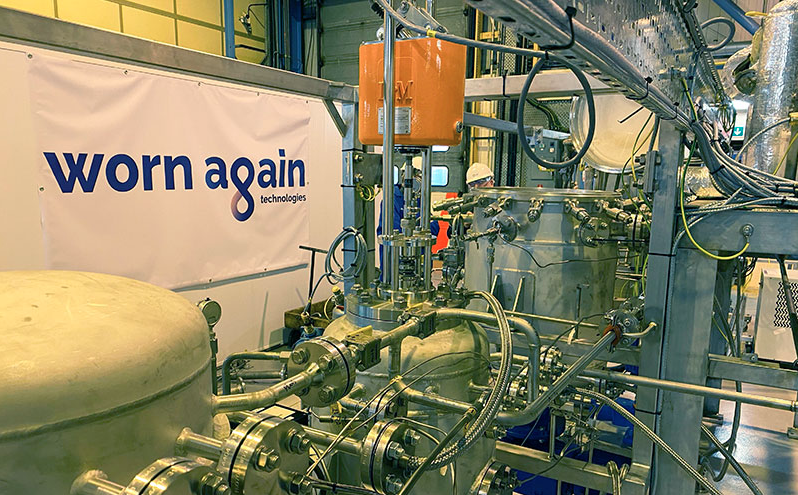 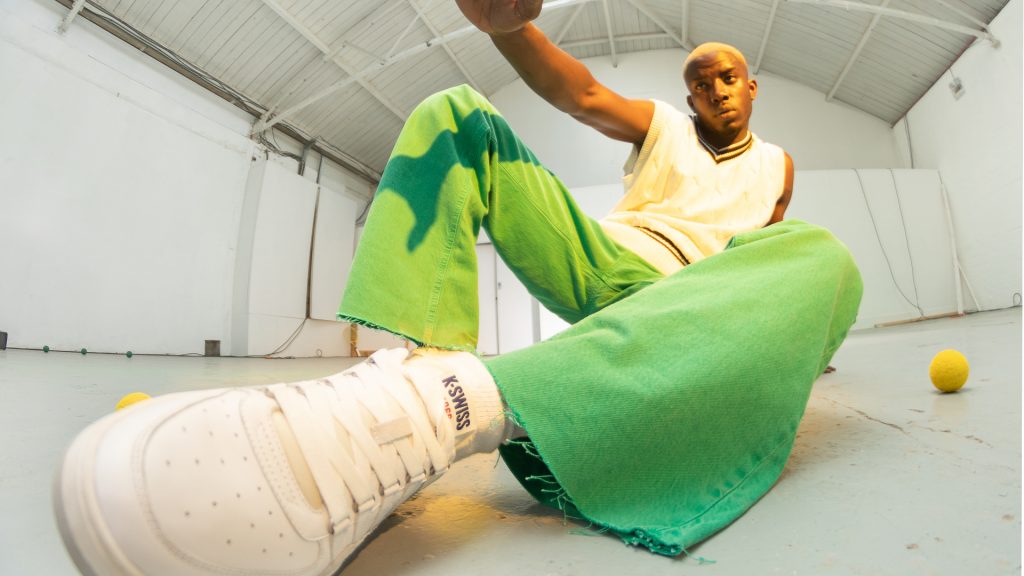 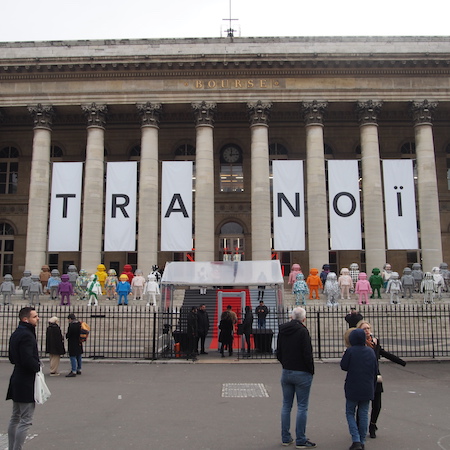